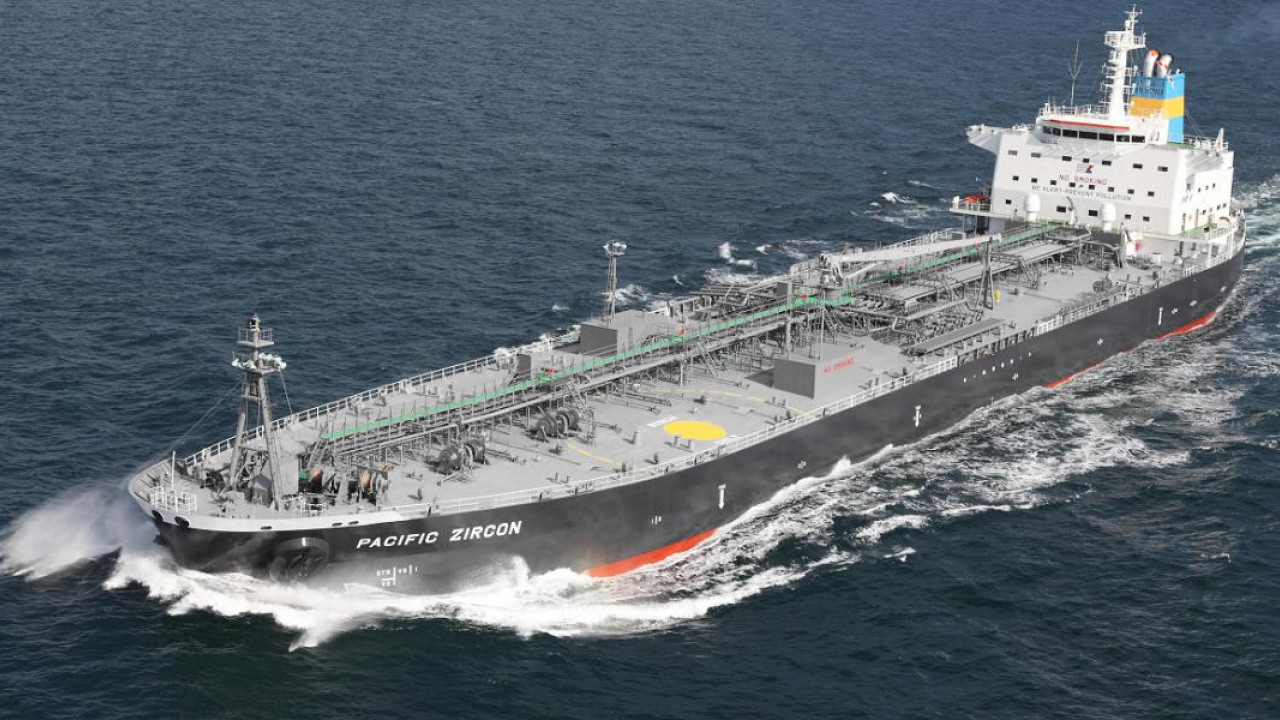 Tanker hit by drone in Gulf of Oman

The tanker is owned by Israeli billionaire Idan Ofer

Drone hit the tanker Pacific Zircon in the Gulf of Oman, officials said, while the US Navy’s Fifth Fleet confirmed the news. We are aware of the incident involving a commercial vessel, Commander Timothy Hawkins told Reuters.

The Associated Press cited a defense official who stressed that a Liberian-flagged oil tanker was hit in a drone attack off the Gulf of Oman.

According to MarineTrafficthe tanker Pacific Zircon was last seen off Liwa, Oman on Monday morning.

It departed from Sohar, Oman on Monday afternoon bound for the port of Buenos Aires, Argentina.

In a statement, Eastern Pacific Shipping said the Pacific Zircon, which was carrying gas oil, was “hit by a missile” about 150 miles (240 kilometers) off the coast of Oman.

“We are in contact with the vessel and there are no reports of injuries or pollution. All crew are safe,” the company said, adding that “there is some minor damage to the vessel’s hull, but no cargo spillage or water ingress.”

Increase in oil prices due to the attack

In the meantime, oil prices rose on Wednesday, erasing earlier losses following the incident off the coast of Oman, but a surge in COVID-19 cases in China limited gains.

Its futures contracts of West Texas Intermediate crude oil (WTI) rose 35 cents, or 0.4%, to $87.27 a barrel. Both benchmarks were down more than $1 earlier in the session.

Facebook
Twitter
Pinterest
WhatsApp
Previous article
Podoliak: Any missile incident is Russia’s responsibility
Next article
Contrary to the US, Benin expands the right to abortion to reduce illegal procedures