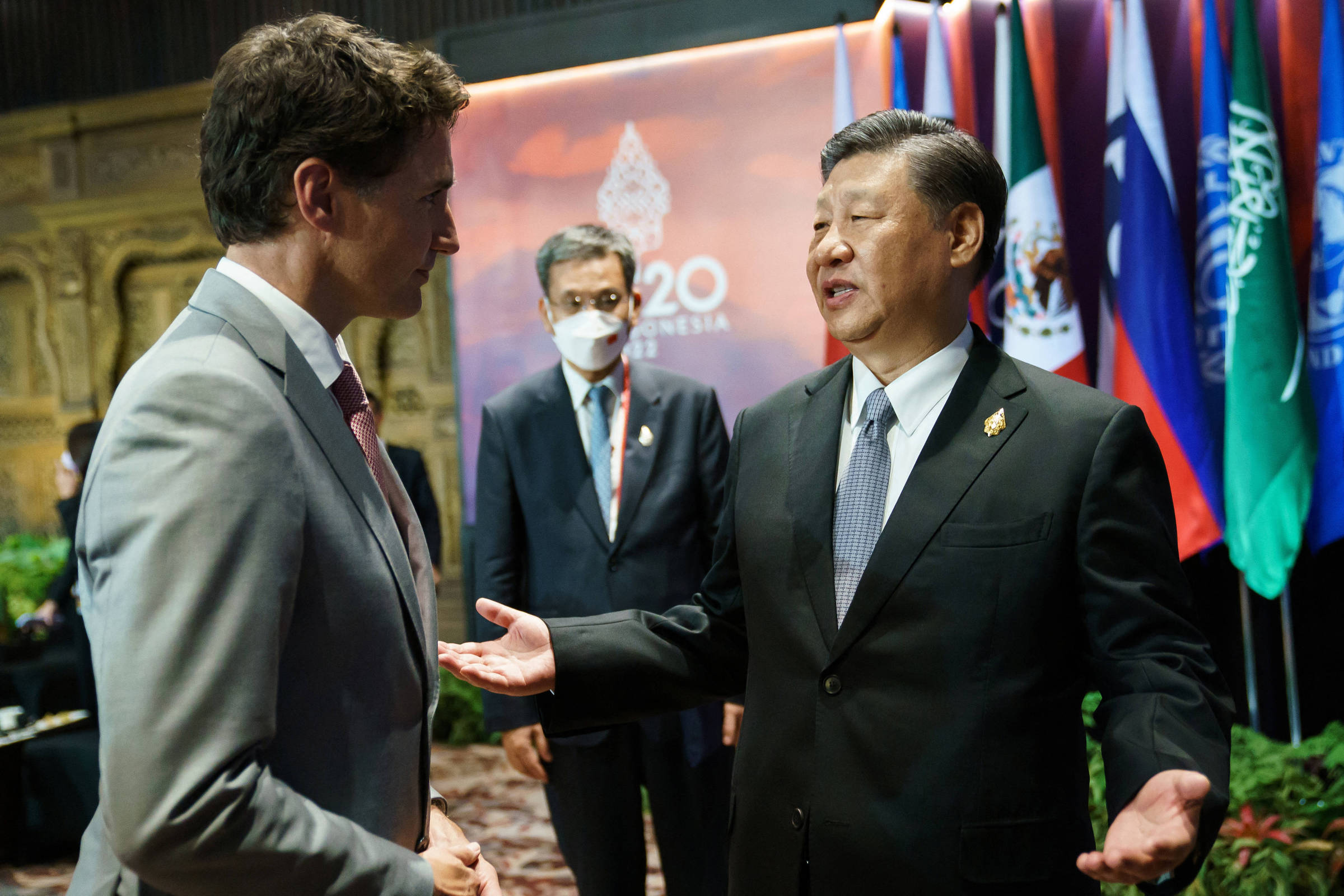 A scene of Chinese leader Xi Jinping criticizing Canadian Prime Minister Justin Trudeau during the G20 summit drew attention on Wednesday (16). The Chinese was irritated because, according to him, the Canadian government had leaked to the press information about the content of the conversation between the two the day before.

“Everything we discussed was leaked to the newspapers. This is not appropriate, and we don’t do it that way,” Xi said in Mandarin, with a strained smile. “If there is sincerity, we can communicate well with mutual respect, otherwise the result will not be easy to tell,” she added. The scolding was recorded by the Canadian media and, in a way, contrasts with the discreet profile of the Chinese leader.

Xi’s discontent is probably linked to press reports that the Canadian discussed with the Chinese the alleged episodes of espionage in the Asian country and the dictatorship’s interference in the Canadian elections.

Officially, the North American country has not released any documents about the meeting between the two leaders. After Tuesday’s meeting, Trudeau told reporters in an interview that his administration needed to work with the Chinese because “China is a major global player in the economy and has a very big impact on events around the world.”

Even so, the Canadian premier said that his country will not fail to defend its principles, such as human rights – the Chinese dictatorship is accused of persecuting the Muslim Uighur minority in the Xinjiang region, in the west of the Asian nation. “People know that not all conversations are going to be easy with other leaders, especially when it comes to issues that are sources of disagreement,” added Trudeau.

Also this Wednesday, when he took Xi’s scolding, the Canadian premier responded by saying that “in Canada we believe in a free, open and frank dialogue”. “We will continue to seek to work together constructively, but there will be things where we disagree,” he told the Chinese, without citing any leaks of the conversation to the press.

The Chinese leader, however, did not even let Trudeau finish his speech and, hastily, said that the Canadian should “create conditions” for this partnership. The climate ended with a sideways smile from the two leaders and a handshake.

The short dialogue exposes the tensions between the countries since an executive of the Chinese company Huawei was arrested in Canada, in 2018, on accusations of bank fraud. In response, Beijing ordered the arrest of two Canadians who were in the Asian country. All three were later released.

In addition, Canadian police announced on Monday (14) the arrest of an employee of Canada’s largest electricity producer accused of trying to steal the company’s trade secrets to benefit China. The arrest was announced when Trudeau and Xi were already attending the G20 summit in Bali, Indonesia.

Facebook
Twitter
Pinterest
WhatsApp
Previous article
See who’s who in the transition groups on Work and Social Security
Next article
Pleuris visit to Kozani: “Kozani and Ptolemaida hospitals are main pillars in the new Health Map”