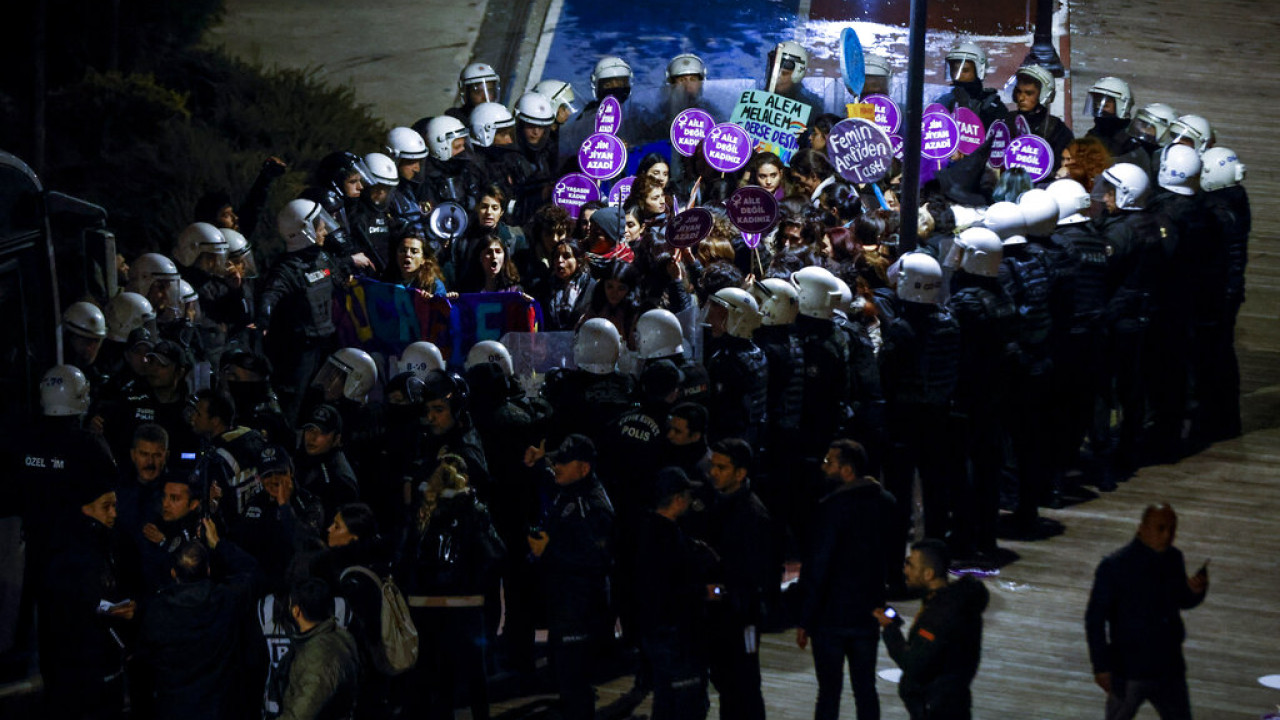 Turkey: Arrests at a demonstration to eliminate violence against women

On Friday, the International Day for the Elimination of Violence against Women, another 200 people were arrested in similar protests

Police made numerous arrests today at a demonstration in Istanbul as part of a campaign to end violence against women, organizers said.

About 40 people were arrested in Istanbul, according to the organization We Will Stop Femicide.

On Friday, the International Day for the Elimination of Violence against Women, another 200 people were arrested in similar demonstrations.

Police did not release information about the arrests.

Both demonstrations had been banned by local officials, who argued that they would disturb the peace.

The organization also faces prosecution over allegations that its activities are against the law and morals. There is a chance it could be outlawed.

Turkey withdrew from the 2011 Istanbul Convention on the Prevention of Violence against Women last year on the orders of Turkish President Recep Tayyip Erdogan.

Organizations report that 300 women have died in Turkey this year due to femicide.

Facebook
Twitter
Pinterest
WhatsApp
Previous article
Commodities stand out on the Exchange in the 3rd quarter, while retail suffers from high interest rates
Next article
The first Christmas Museum in Greece opens