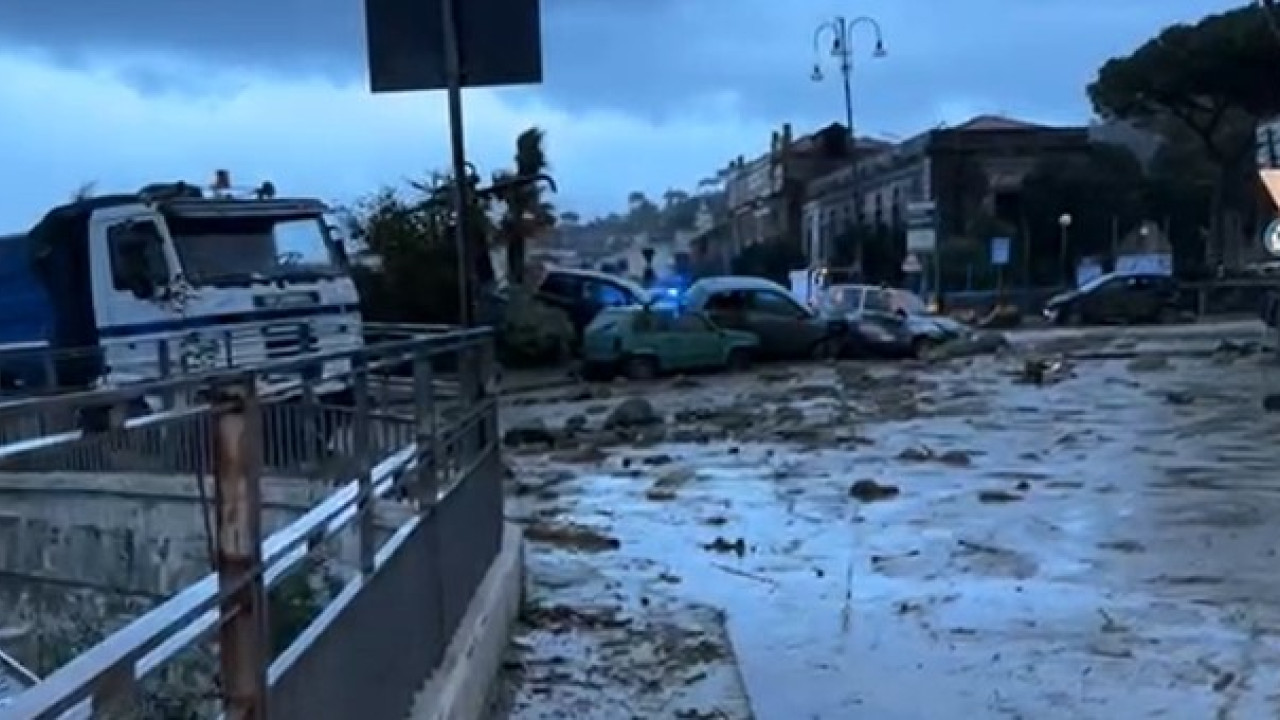 According to the prefect of Naples, Claudio Paloba, five people are still missing. Among the victims are a newborn and two children.

Italy’s government on Sunday declared a state of emergency on the densely populated island of Ischia, which is about 30km from Naples (south) and was hit the previous day by a terrifying landslide triggered by heavy rains, as the death toll rose to seven. dead.

“The death toll from the landslide in Casamiciola has increased to seven dead, while the missing are five,” said the prefect of Naples, Claudio Paloba, yesterday evening.

The victims of the disaster include a newborn and two children.

A state of emergency is often declared on the peninsula following earthquakes, volcanic eruptions or heavy rainfall. The measure allows rapid procedures for the mobilization of funds and means, including those of the Civil Protection, in order to carry out urgent interventions, or to create accommodation structures.

Casamichiola, a small town of 8,000 inhabitants in winter, known for its hot springs, on the luxury island of Ischia, near Capri, was hit in 2017 by an earthquake that claimed two lives.

It was almost completely destroyed by a much stronger earthquake at the end of the 19th century.

On the ground, more than 200 members of Civil Protection and law enforcement forces were searching for missing people yesterday, as hundreds of volunteers, knee-deep in mud, tried to clear streets.

Trunks and remains of cars and buses crushed by the violent mudslide and rockslide were more or less everywhere, while construction machinery tried to open access to houses, vehicles, shops.

“It is a situation that hurts us all (…) people were buried under the mountain. It’s an island here, and even if we don’t all really know each other, it’s almost as if we do know each other,” said Salvatore Lorini, 45, who was born and lives in Ischia.

“The mountain came down, shops, vehicles, hotels were destroyed (…) the same thing happened again nine years ago. Now I am cleaning my mother-in-law’s shop,” he added.

Saturday’s landslide was caused by a lack of flood control works and prevention, “because nature is nature, the earthquake had happened, but a little prevention” could have saved lives, according to Mr. Lorini, who would like to see warning system similar to the buoys that warn that a tsunami is coming, but to alert citizens of earth movements.

“I have to be honest — if I could, I would leave Casamiciola, now I find it difficult to live here. Although I must say that my house withstood the earthquake, the floods (…), said Maria Iacono, adding that the destruction “breaks her heart”.

“I am close to the population of the island of Ischia which is affected by floods. I pray for the victims, for those who are suffering, for all those involved in the rescue operations,” said Pope Francis for his part.

For Tommaso Moramarco, the director of the Institute of Hydrogeological Research and Protection, who spoke to the AGI news agency, “in Ischia, urbanization has destroyed the whole area.”

“When the island entered the period of mass tourism, the expansion of the infrastructure took place in a geometrical progression, suffocating all its natural elements and covering everything with cement”, the geologist Mario Tocchi highlighted in the pages of the newspaper La Stampa, recalling that in Ischia tens of thousands of arbitrary buildings have been erected.

“People must realize that they cannot live in some areas and that buildings erected in dangerous areas must be demolished,” Campania governor Vincenzo de Luca told RAI public television yesterday.