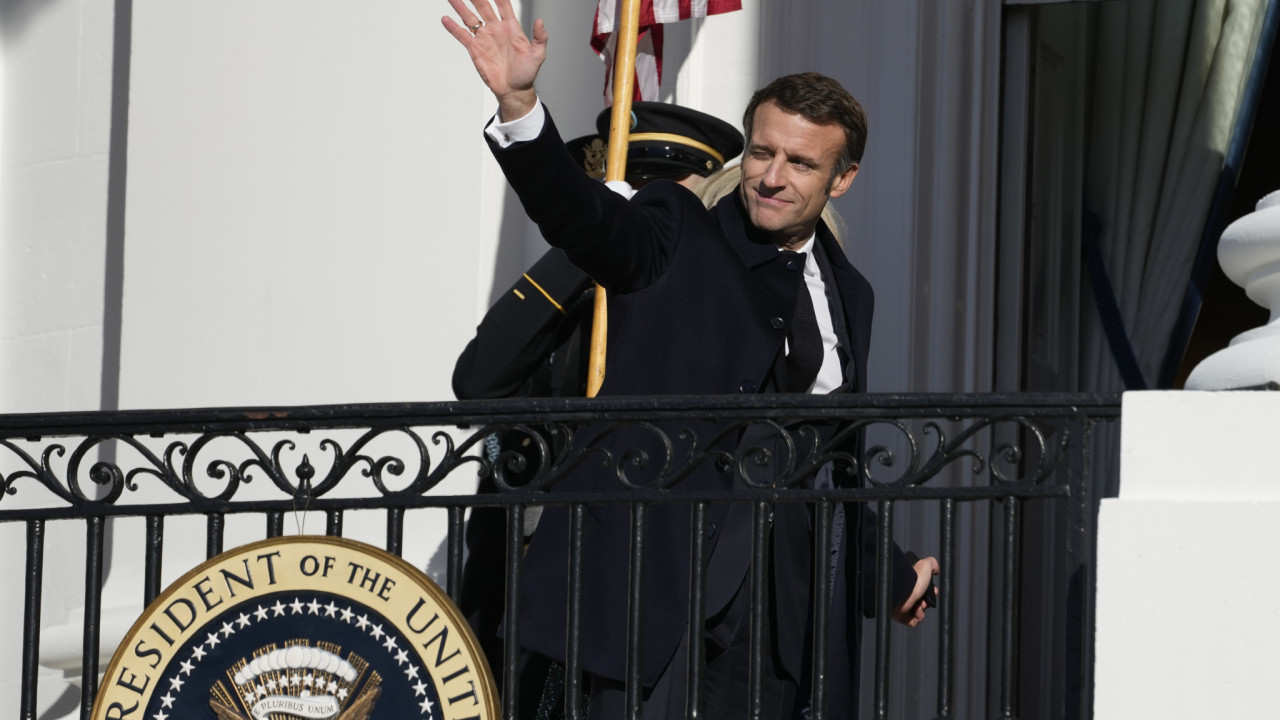 Macron from Washington: I will speak with Vladimir Putin in the next few days

“I wanted to make the official visit first and have an in-depth discussion with President Biden and our teams together,” Macron said, stressing that he would hold talks with the Russian president in “the next few days.”

French President Emmanuel Macron, who is on an official visit to Washington, confirmed today that he will hold talks in the coming days with his Russian counterpart Vladimir Putin, in an interview he gave to the American news channel ABC.

“I wanted to make the official visit first and have an in-depth discussion with President Biden and our teams together,” Macron told ABC, stressing that he would hold talks with the Russian president in “the next few days.”

Among the many topics discussed during this official visit to Washington, which began on Wednesday, Joe Biden and Emmanuel Macron will surely want to show their agreement on the response to the Russian invasion of Ukraine.

The French head of state appealed today for “lasting peace” to end this war.

Putin “made a mistake”, Emmanuel Macron pointed out.

“Is it impossible to go back to the negotiating table and negotiate something? I think it’s still possible,” he continued.

The last official conversation between Macron and Putin was on September 11.

The French president had said last week that he intended to have “direct contact with the Russian president” initially on issues related to nuclear energy for civilian use and the Zaporizhia nuclear power plant.

Macron wants to remind Putin of Paris’ demands: “to withdraw Russian troops from Ukraine and to restore Ukraine’s sovereignty and territorial integrity,” the French presidency said.

US President Joe Biden saluted today, in French, the values ​​of “liberty, equality and fraternity”, welcoming French President Emmanuel Macron to the White House with all honors.

“The US could not ask for a better partner than France to work with,” Biden said in his brief greeting, stressing that the alliance with France remains “essential” to the world’s stability.

Macron, for his part, estimated that Paris and Washington should “become co-belligerents again” in the face of the war in Ukraine and the “multiple crises”.

The two countries “are the staunchest allies because this friendship has been deeply established for centuries,” the French president said.

Facebook
Twitter
Pinterest
WhatsApp
Previous article
Social and fiscal have to go hand in hand, says president of Itaú Unibanco
Next article
A “fire” in Sino-British relations was ignited by the visit of parliamentarians to Taiwan