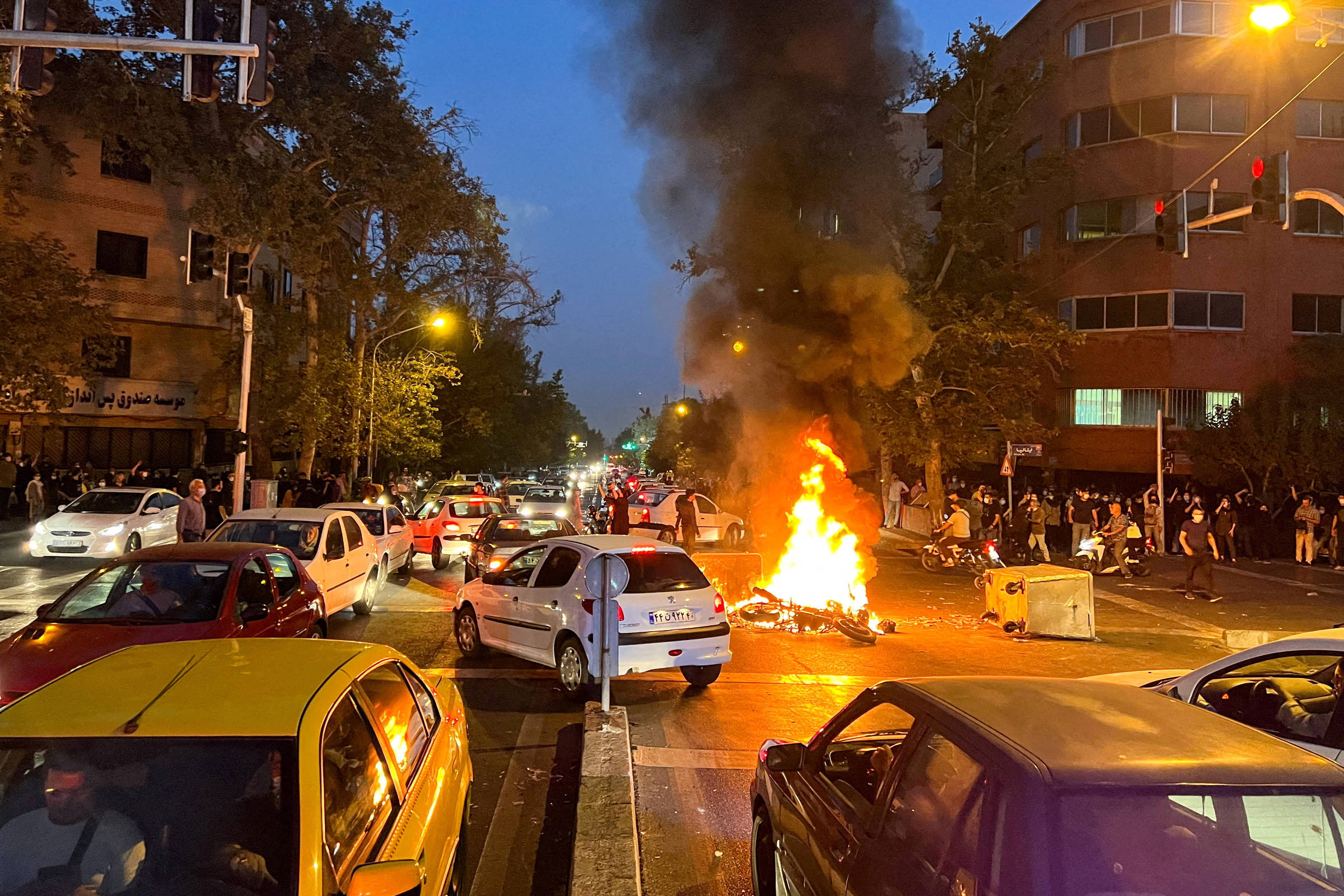 In two weeks, the death of Mahsa Amini, triggering one of the biggest waves of anti-regime protests in recent Iranian history, will complete three months. During this period, the acts took shape across the country and abroad, to the same extent that repression against them grew, including the arrest of demonstrators. The UN is investigating the case.

For the leadership of the theocratic republic, the protests are less a response to the death of the young Kurd and more a popular dissatisfaction against international sanctions, according to the spokesman of the Iranian chancellery, Naser Kanani. The view differs from the version of activists who live in the country.

Kanani says demonstrations are allowed in Iran, but the action of those he calls vandals will not be accepted. Police repression, according to the diplomat, would be a reflection of this: “Violence breeds violence”.

The spokesperson spoke to Sheet by email. The questions were sent in the second week of November to the Iranian Embassy in Brazil and the answers were sent on Monday (28). In the meantime, the country has sentenced at least six demonstrators to the death penalty.

A high-ranking general of the Armed Forces also stated that at least 300 people died in the protests, including civilians and police – human rights NGOs say that the figure exceeds 450. And, in Qatar, the Iranian team in the World Cup saw its day by day be guided by acts, from the pre-match anthem to questions at press conferences.

The chancellery spokesman also spoke about the expectations of Iran-Brazil relations in the government of the president-elect, Luiz Inácio Lula da Silva (PT), and the possibility of taking the nuclear agreement off the drawing board.

How do you assess the effects of Mahsa Amini’s death? Like a bitter incident that hurt the soul of all Iranians. But apart from this factor, legitimate claims by some sectors are mainly caused by the cruel US and Western sanctions.

Peaceful protests are a legal and guaranteed right in Iran, but some opportunists using this regrettable event as a pretext to create chaos, violence, destruction of public property, attacking people and security forces is different from peaceful protest.

European countries and foreign media use this incident while keeping silent about terrorist operations — like the recent attack on Shah Cheragh [a ação reivindicada pelo Estado Islâmico foi noticiada quando ocorreu, em 26 de outubro]🇧🇷 They turn their countries into a secure base for them.

How does the regime intend to deal with what appears to be popular dissatisfaction with the establishment and the law? The right to peaceful demonstrations is recognized in the laws of Iran. Peaceful protests are held annually without any problems. As long as protesters do not resort to violent measures, they will be protected.

The use of weapons, causing public disorder and terror, will lead to legal consequences. Those charged with maintaining public order in society are aware of this right and have been trained.

The US-engineered war and its spread of fake news through fake profiles on social media and Persian-language channels is nothing new. Interestingly, the death of more than 50 police officers is never mentioned. [a imprensa internacional e a Folha citam os balanços do regime de vítimas entre agentes das forças de segurança] and the destruction of public property by vandals.

Citizens and NGOs denounce that the police have beaten and shot demonstrators. How do you rate this issue? The martyrdom of agents and the wounding of more than 8,000 of them is proof of the seriousness of the actions of criminals. No one accepts the loss of civilian lives. However, some deliberately encourage violence to increase political pressure, creating reciprocal violence. Violence generates violence.

In a recent interview with Folha, the UN special rapporteur on human rights in Iran said that his attempts at dialogue with the regime were frustrated. Why not allow the UN to visit the country and help? We consider the appointment of a rapporteur with resolutions that are based on political objectives of some countries to be unjustifiable. Unfortunately, Mr. Javaid Rehman has taken the wrong course of action. He started to attack Iran’s political system, something that goes against his function. From Iran’s point of view, he is a failed rapporteur with a political agenda.

The Iranian Foreign Minister acknowledged sending drones to Russia months before the Ukraine War. Does the country intend to continue selling drones to Russia? Iran has not sent any weapons to Russia for use in the war against Ukraine. Defense cooperation between Iran and Russia has been around for a long time, and the deployment of a limited number of drones before the current war was in that package. Iran vehemently opposes the shipment of weapons to the warring parties, which leads to the prolonging of the war.

Is there a chance of a nuclear deal materializing today? Iran never withdrew from the agreement. It was the US that illegally withdrew and imposed unilateral sanctions. Nuclear countervailing measures in response to US withdrawal are based on law.

Binyamin Netanyahu is expected to return to being prime minister in Israel with a coalition with a radical component and far-right parties. What can you expect? Iran has never recognized the Zionist regime. And, as it has no relationship with the occupying forces, for Iran it doesn’t matter if they have right, left or center policies.

And about the government of Luiz Inácio Lula da Silva (EN) in Brazil? We hope that there will be development between both countries in all fields during Mr. Lula’s mandate. Iran and Brazil have extensive commercial capabilities, which must be exploited to guarantee the interests of both nations. All of Iran’s capabilities will be used to achieve this goal.

In 2010, alongside the then Turkish prime minister, Recep Erdogan, now president, Lula tried to revive proposals for a fuel swap deal with Iran. Do you think his government can play a role in Iran negotiations? Brazil is an important country in the international arena. The Vienna negotiations were limited to the member countries of the agreement, and there was no discussion about the role of other countries. But, of course, we had and still have negotiations with other countries in the field of nuclear cooperation and matters related to nuclear energy. This has always been and is on our agenda.

There is an increase in food purchases from Brazil by Iran, in part because of the Ukraine War. What can be improved in the business relationship🇧🇷 Brazil is a good economic partner and we have always managed to improve our food security with Brazil’s help. In addition to selling agricultural products, we can work on diversifying our relationships and expanding them to areas such as mining, energy, the purchase of planes, buses, trucks and agricultural machinery in Brazil. On the other hand, we can increase exports of fertilizers, oil and derivatives and fruits.

A career diplomat, he has held different positions at the Iranian Foreign Ministry and Embassy in Jordan. She has been a spokesperson for the Ministry of Foreign Affairs since June 2022.