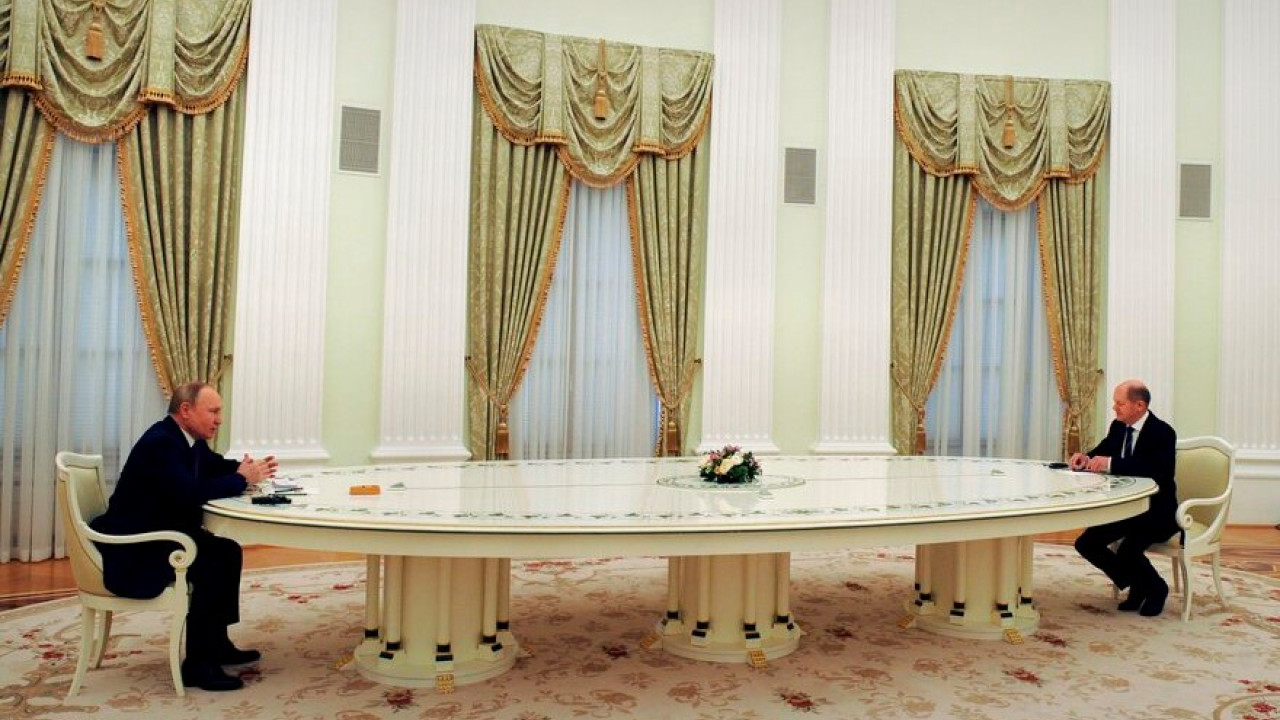 The German Chancellor comments on the photo from his meeting with Russian President Vladimir Putin, with the two leaders sitting at either end of a huge table

“Just before I left the Kremlin, I asked (Vladimir) Putin: could it happen, as soon as I take off, that Russian fighters take off behind me bound for Ukraine? He didn’t say no,” Chancellor Olaf Solz recalled of his visit to Moscow last February, just before the Russian offensive against Ukraine began.

In an interview with Stern magazine, which asked him to comment on 16 photos from his first 365 days as chancellor, Olaf Solz, referring to the photo from his meeting with the Russian president, with the two men sitting at either end of a huge table in the Kremlin, notes:

“Our conversation at this incredibly long table was a strange situation. We were alone in the room. There were microphones on both sides of the table and headphones for translation, which I need in any case (p.s.: Vladimir Putin knows the German language very well).”

“The table could be smaller, but I should have previously been tested for coronavirus by Russian doctors. But that’s not what we do and we don’t ask our guests to do,” said Soltz

Referring to the substance of the meeting, the chancellor defends his decision to go to Moscow shortly before the outbreak of war.

“I had every hope that it was still possible to prevent this senseless and barbaric war. It turned out the opposite. I was given the opportunity to talk about all the arguments that Putin is using today to justify the war – and to refute them,” says Mr. Soltz of his four-hour meeting in the Kremlin, which at the time was criticized inside and outside. Germany.

A few days ago, Solz condemned the Russian attacks in Ukraine and asked Vladimir Putin for the withdrawal of Russian forces to allow a “diplomatic solution” in Ukraine.

Facebook
Twitter
Pinterest
WhatsApp
Previous article
US: Supreme Court poised to vindicate business that refuses to serve gays
Next article
Mitsotakis: Progress has been recorded on the issue of EEZ delimitation with Albania