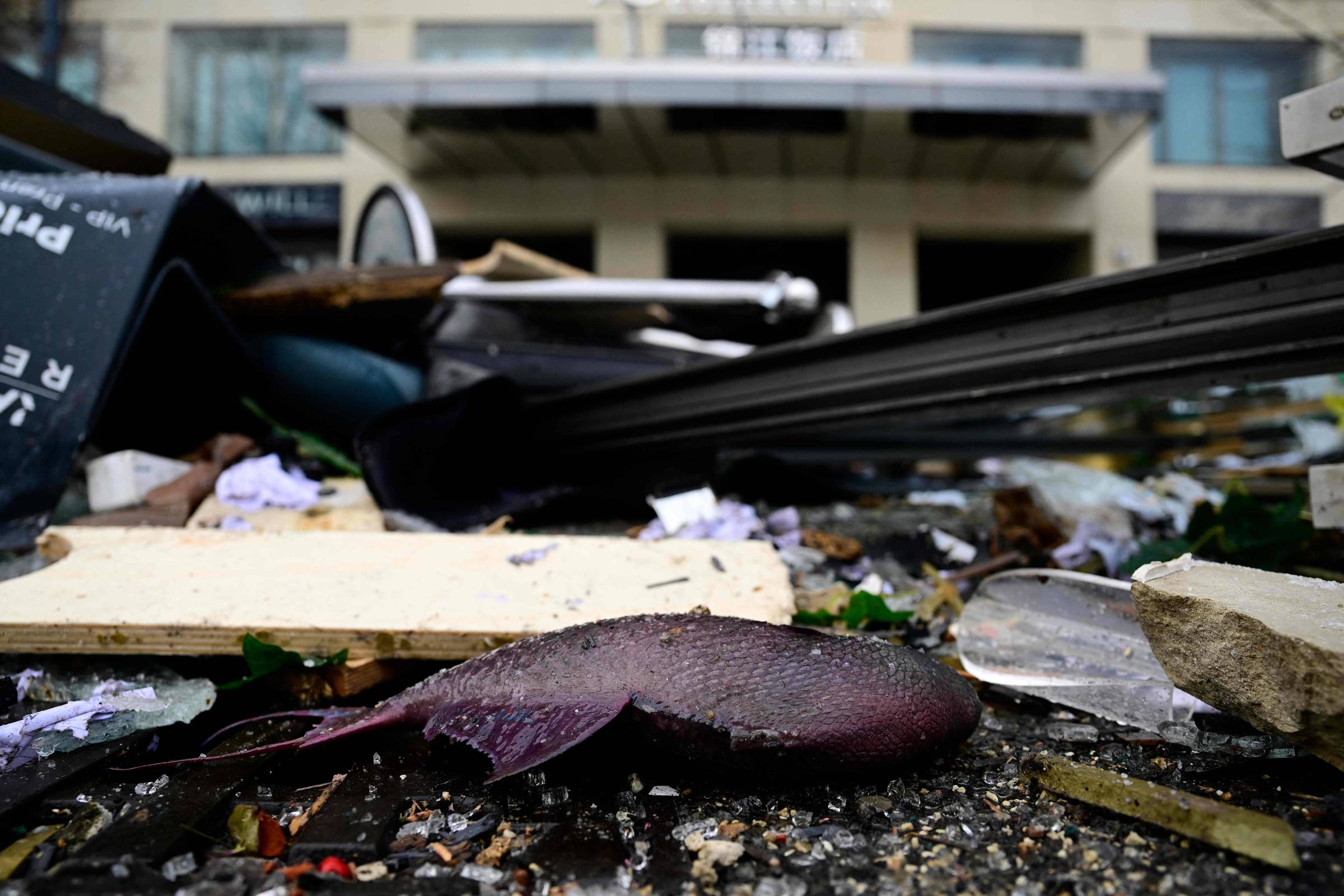 All the fish in the aquarium died, say Berlin officials

The approximately 1,500 fish in the aquarium that exploded this Friday (16) in Berlin are dead, according to German authorities.

Now, firefighters and employees of the leisure complex where the structure used to be are trying to save another 500 smaller fish that are housed in aquariums under the hotel lobby. That’s because the explosion affected the building’s energy, and the lack of electricity interrupted the supply of oxygen necessary for the survival of animals.

“It’s about getting them out quickly,” Almut Neumann, a municipal official in charge of environmental issues in Berlin’s Mitte district, told German news agency dpa. Several organizations, including the city zoo, have offered to take in the surviving fish.

According to the mayor of Berlin, Franziska Giffey, many people would die if the complex was crowded, as the structure usually is when it is open to visitors. “If this hadn’t happened at 5:45 am [1h45, em Brasília]but just an hour later, we would probably have terrible human losses to report,” Giffey was quoted as saying by broadcaster RBB.

The explosion took place at a leisure complex that houses a hotel, museum, shops and restaurants. AquaDom is the largest independent cylindrical aquarium in the world, measuring 16 meters high, according to the company responsible for managing the structure.

Sandra Weeser, a German lawmaker who was staying at the hotel, told the Associated Press news agency that she was awakened by a loud bang similar to that of an earthquake. “There are shards (of glass) everywhere. Everything was flooded with water, including the furniture,” she said. “It looks like a war zone.”

Iva Yudinski, a tourist from Israel who was staying at the hotel, said she was shocked by the incident. “Yesterday we watched it and we were so in awe of its beauty,” she said. “Suddenly, it’s all gone. It’s all a mess, a total mess.”

Berlin police said two people were injured by shrapnel after the explosion.

The cause of the incident is still unknown, but one of the suspicions of the authorities is that the low temperatures caused cracks in the structure, which ended up giving in to the pressure of the 2,000 tons of water.

AquaDom was closed for renovations in October 2019. Due to Covid, it remained closed for almost three years, until June of this year. According to the company that manages it, the aquarium is home to species ranging from clownfish, like the one from the movie “Finding Nemo”, to seahorses, jellyfish and stingrays.

Facebook
Twitter
Pinterest
WhatsApp
Previous article
Mendoni: “We express our gratitude for the generous decision of Pope Francis”
Next article
Answers to 9 questions on how to make searching and finding a job easier