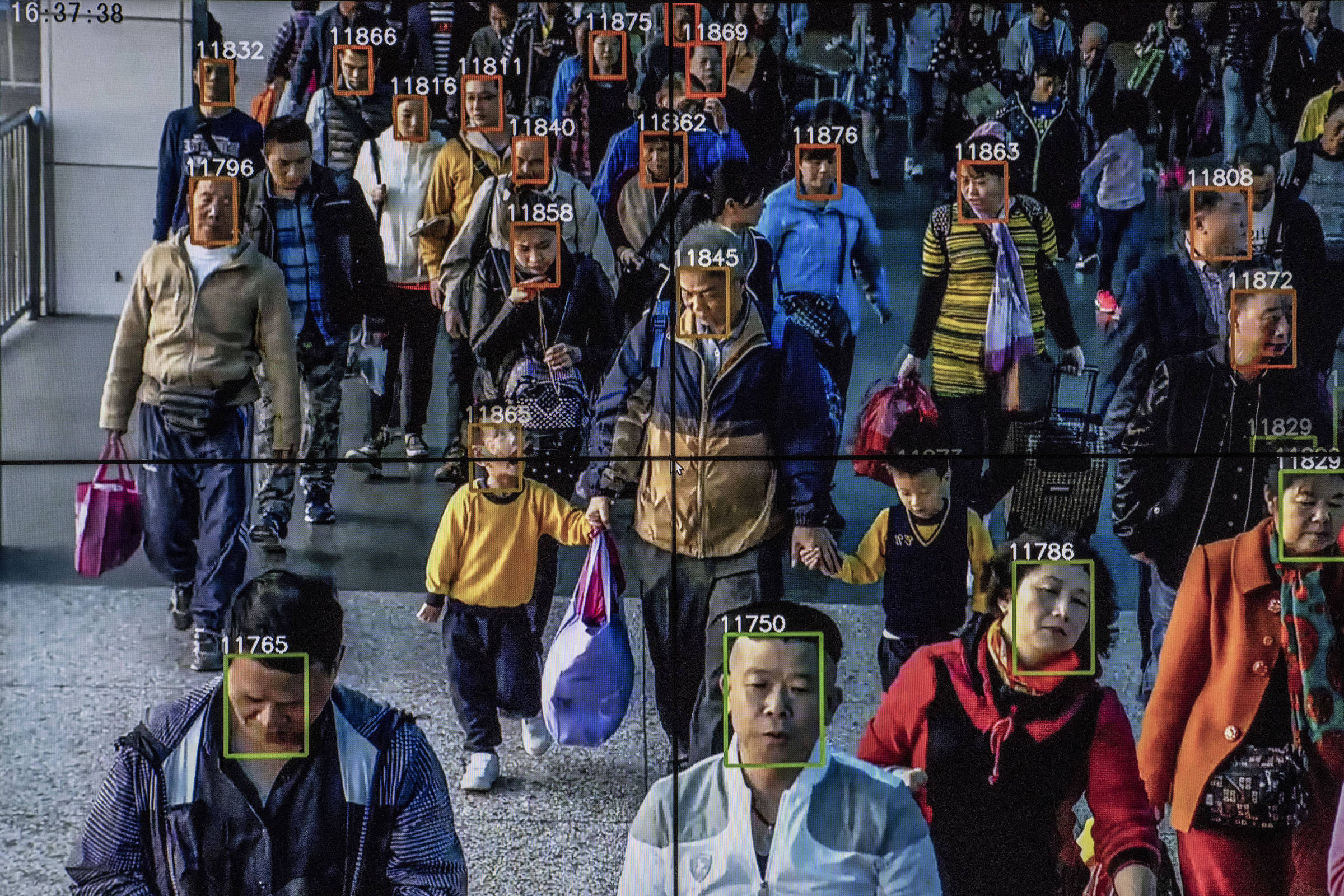 On Nov. 27, when he went to protest China’s strict Covid-19 policies in Beijing, Zhang believed he was prepared to go unnoticed by wearing a balaclava and goggles to cover his face. When he sensed plainclothes police were following him, the 20-year-old hid in bushes and donned a new jacket to throw them off.

That night, Zhang returned home without being arrested and thought he would be fine, but the police called the next day. He was told by authorities that his phone had been detected in the protest area. Twenty minutes later, without even saying the address, three police officers knocked on his door.

Similar stories were told by protesters across China in early December, according to interviews with the targets and human rights groups. Authorities have been tracking, intimidating and detaining those who marched in defiance of strict Covid policies.

To do so, they are making use of the powerful surveillance tools that the country has developed over the past decade for times like this, when part of the population has questioned the authority of the Chinese Communist Party.

Police have been using facial recognition and informants to identify those who took part in the protests. Typically, they require the screened person to pledge not to protest again.

Often inexperienced when it comes to monitoring, protesters expressed bewilderment at how they were discovered. For fear of further repercussions, many have excluded apps such as Telegram, which are used to coordinate and spread footage of the protests abroad.

Chinese police have set up one of the most sophisticated surveillance systems in the world. Millions of cameras were installed on corners and at building entrances, and powerful facial recognition software, which processes images and collected data, was acquired and programmed to identify citizens who live nearby.

While the construction of the surveillance system was no secret, for many people in China it seemed remote. Police use it to monitor dissidents, ethnic minorities and migrant workers. Many voice their support on the assumption that if you’ve done nothing wrong, you have nothing to hide, but recent interrogations could undermine that thesis.

It is the first time that the surveillance state has directly targeted large numbers of middle-class people in China’s wealthiest cities. While many have experience with censorship – and have proven that they can sometimes get around it – a visit from the police is less common and more intimidating.

“We are hearing stories of police officers showing up at people’s doorsteps and asking them where they were during protests, and this seems to be based on evidence collected through mass surveillance. China’s ‘Big Brother’ technology works around the clock, and the government hopes it will now show its effectiveness in controlling the unrest,” said Alkan Akad, a China research fellow at Amnesty International.

The marches and protests are among the widest and most overtly political since those in 1989, when Beijing cracked down with lethal military force on Tiananmen Square. Now Chinese authorities can quell demonstrations.

Experiences like Zhang’s are common. Although he was aware of the facial recognition cameras scattered throughout public spaces in the country, the young man underestimated cell phone monitoring. Tiny boxes with antennas, these gadgets go unnoticed.

Mimicking a cell tower, they connect to the phone of everyone passing by and record data for police verification. Still, Zhang, who, like other protesters interviewed for this article, declined to give his full name for fear of police reprisals, was lucky. After a tough interrogation and a warning not to attend a protest again, the police left.

He commented that the ordeal had left him terrified and that he believed it would be effective in stemming the momentum the demonstrations had generated. “It will be very difficult to mobilize people again. Now, everyone will stop going to the streets”, he says.

For others, it was the face that gave them away. Wang, another man who joined the protests in Beijing, said he received a warning phone call from the police two days after the Nov. 27 demonstration. He was told that he had been identified using facial recognition technology.

Unlike other Chinese protesters, Wang did not cover his face with a hat or sunglasses, and he took off his protective mask during the protest. He says he wasn’t surprised by the police identification, but the use of this technology made him uneasy. “I knew the risks of going to such a demonstration. If they want to find us, they will.”

The police call only lasted ten minutes, but the officer managed to intimidate him. “They clearly stated that there would be no second chances,” he says.

After being arrested or approached by the police, many protesters avoided using a VPN (virtual private network) or other foreign apps such as Telegram and Signal. According to them, there is a fear that, now that they are on the authorities’ radar, the software they use on their cell phones could be monitored more closely, leading to a possible arrest.

A man, who was arrested on Nov. 28 during a protest in Chengdu, central China, said police checked his phone while he was detained and saw that he had Telegram and other foreign apps. He deleted the apps when he was released.

For many protesters, the shock of being identified acted as an intimidation tactic in its own right. A woman named Wang, a filmmaker in her 20s, is reported to have joined a group of friends in Beijing on the evening of Nov. 27. They took precautions: they covered their faces with a mask, took a taxi several kilometers away and walked to the meeting point.

Even though they were told to turn off their cell phones, they only turned off the GPS and Face ID features. “At the time, we thought, ‘There were so many people.’ Think about it: how could they find each one? How could they have the energy to catch everyone?”, asks Wang.

She and her friends were scared when they received phone calls or even a visit from the police. Some were forced to go to the police station to help the police with the investigation. “I think if there’s a next time, my friends won’t dare go.”

Even so, Wang managed to escape. That night, she used a phone with a number that was not linked to systems that could identify her, such as the country’s health code software used to track Covid cases and ensure people are regularly tested in outbreak areas.

She was not intimidated by the events. “I’m still going. If the police find me, we’ll see.” When asked if she would ever participate in a public act again, she added: “I feel like I have to go.”

Facebook
Twitter
Pinterest
WhatsApp
Previous article
Ancient Corinth is changing its face – How will the archaeological site be shaped – Photo
Next article
Henry Kissinger: It’s time for a negotiated peace in Ukraine