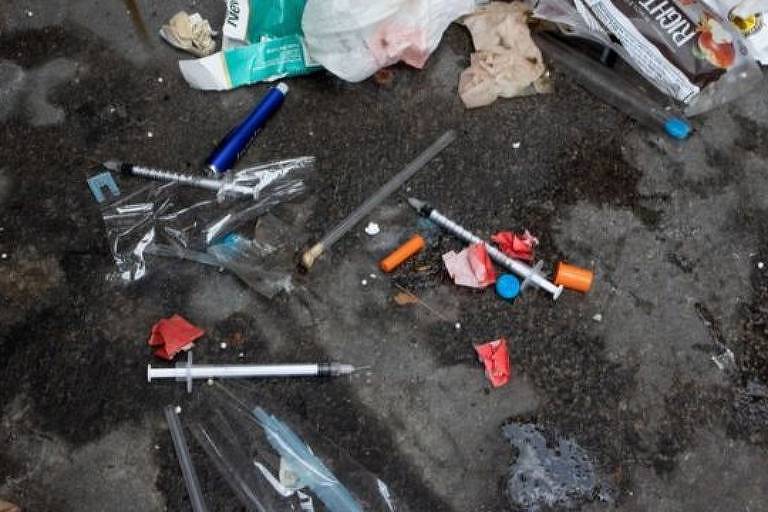 Federal drug enforcement agents in the United States say they seized enough fentanyl in 2022 to kill the entire population of the country.

The DEA (Drug Enforcement Administration), the federal agency responsible for the repression and control of narcotics, claims that it intercepted 379 million potentially lethal doses of fentanyl – just two milligrams of the opioid would be enough to kill.

The federal agency has named the highly addictive substance, which is 50 times more powerful than heroin, the deadliest drug threat facing the US.

And he claims that most fentanyl is trafficked into the country from Mexico.

The DEA says it seized more than 10,000 pounds of fentanyl, as well as more than 50.6 million fentanyl pills, which are purportedly similar to different prescription pain relievers.

It’s more than double what they seized in 2021.

Most of the drugs were mass-produced in clandestine factories in Mexico by the Sinaloa and Jalisco drug cartels, which use chemicals sourced from China, according to the DEA.

The drug is so powerful that a lethal dose is equivalent to an amount small enough to fit on the tip of a pencil.

More than 100,000 Americans died of drug overdoses last year, and two-thirds of those deaths were attributed to fentanyl, the equivalent of 182 deaths a day.

The amount of fentanyl seized this year is enough to kill all 330 million Americans, according to the federal drug enforcement agency.

“The DEA’s top operational priority is to defeat the two Mexican drug cartels — the Sinaloa and Jalisco Cartels (CJNG) — which are primarily responsible for the fentanyl that is killing Americans today,” said Anne Milgram, head of the DEA.