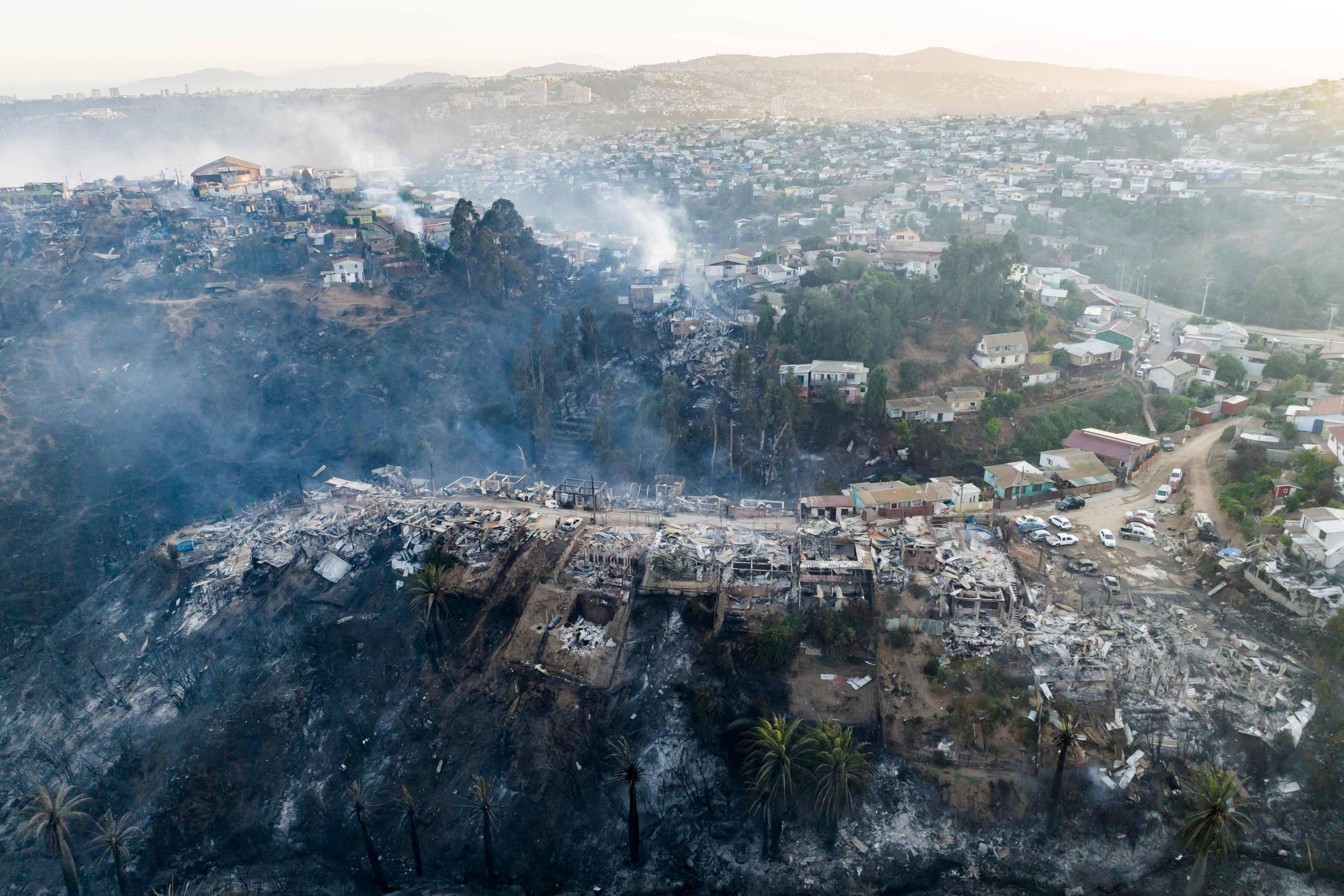 A fire this Thursday (22) in Viña del Mar left at least two dead and affected 400 homes, according to the Fire Department, which forced the Chilean government to declare a state of emergency.

The flames, spread by strong gusts of wind, hit residential areas in the resort on the central Chilean coast, close to the port of Valparaiso.

“The fire started in a part called ‘Nueva Esperanza 2000’, crossed and reached other areas and is descending towards the north, towards Quinta Vergara through a deep ravine”, explained the mayor of Viña del Mar, Macarena Ripamonti.

Some residents left the town for Quinta Vergara, the amphitheater where the Viña de Mar International Song Festival takes place each year.

The National Emergencies Agency (Onemi) characterized the fire as “fast spreading, high intensity and dispersion”, which according to preliminary data reached 110 hectares.

President Gabriel Boric’s government declared a state of emergency. With the decree, the National Defense will eventually be able to limit constitutional rights and seize goods needed to face the emergency in the region.

The fire was propagated by wind gusts between 40 and 50 kilometers per hour, which made the work of the forest brigade and firefighters difficult. Almost 150 brigade members and 400 firefighters are working to fight the flames. “We will not leave them alone,” President Boric wrote on Twitter.

“Our priority as the government of Chile is the safety of the people and we will continue to mobilize all the necessary resources to control the emergency situation,” he added.

The director of the National Forestry Corporation of the Valparaiso region, Luis Correa, informed that it will take at least two days to control the flames, and the government assured that with the current climatic conditions and the resources at its disposal it will be able to put out the fire.