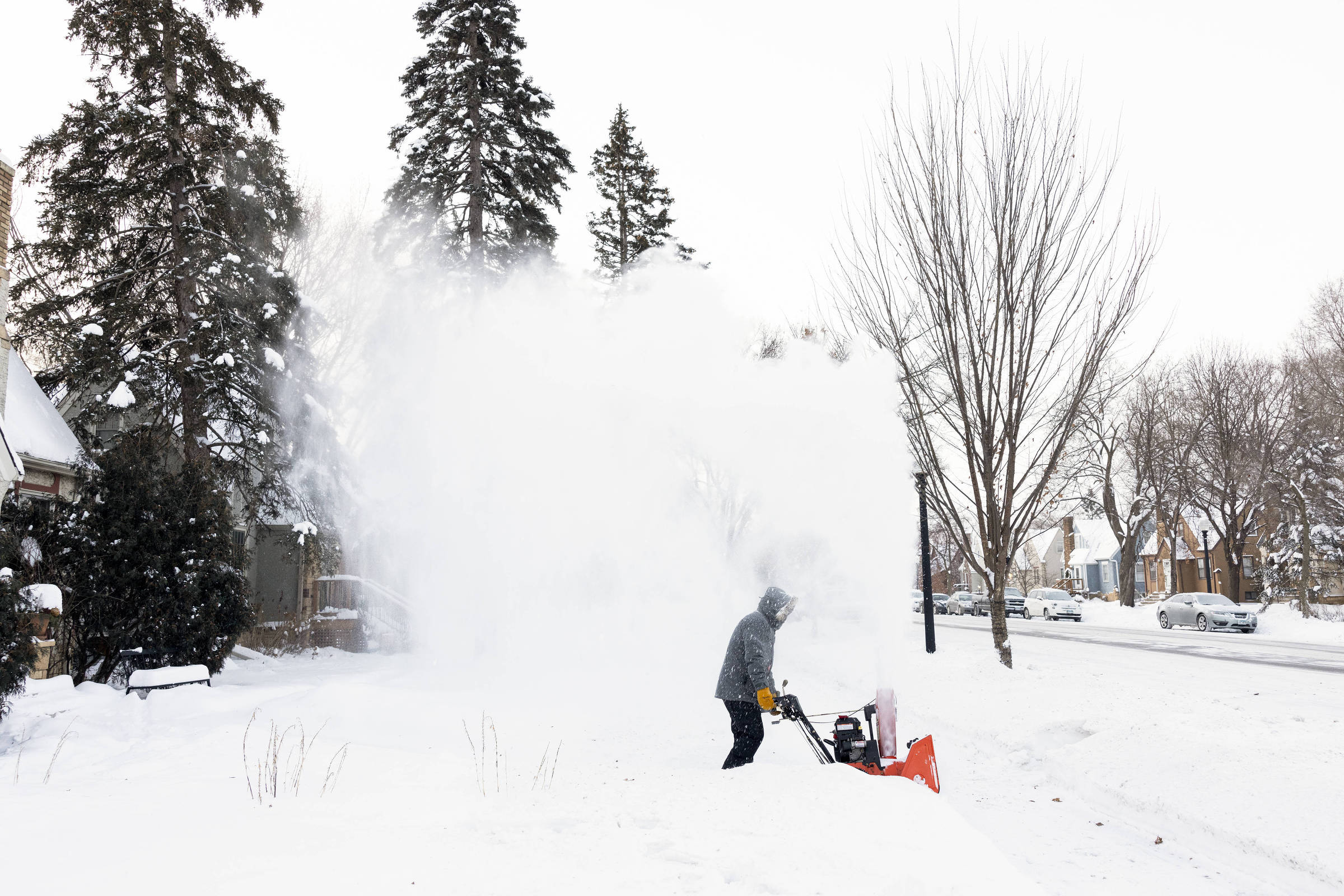 With bomb cyclone, US may have coldest Christmas Eve in decades

The severe storm that has hit areas of the United States and Canada in recent days, dubbed a bomb cyclone by meteorologists, is expected to make portions of the American territory have the coldest Christmas Eve in decades.

In Washington, D.C., the National Weather Service estimates that the coldest December 24 since 1989 will be recorded. Already in parts of Pennsylvania, such as Pittsburgh, thermometers may surpass the -13°C mark, established in 1983, said the agency.

About 250 million Americans and Canadians are affected by the temperatures, and at least 19 deaths related to the cyclone bomb were recorded until Friday (23), according to information from the BBC network.

Marc Chenard, meteorologist at the federal agency, explained to The New York Times that this is a rare event. “It’s something you don’t see more than once or twice in a lifetime, something you have to see to believe the impact this type of phenomenon can have.”

Thunderstorms form when a low pressure air mass meets a high pressure one. Air then flows from high to low, creating winds. What defines the bomb cyclone phenomenon is how quickly the pressure drops, which increases the difference between the two masses and makes the winds much stronger.

According to explanations from the National Weather Service, the conditions for the current bomb cyclone were created in the Great Lakes region, on the border with Canada, where the cold air of the Arctic meets with warm masses that come from the East.

Several interstate highways were closed in western New York, with travel bans. Floods, which increased with the storm, devastate coastal communities. With temperatures below zero expected until next Tuesday (27), authorities share instructions on social networks on how to avoid and treat burns and hypothermia.

On the Ohio Turnpike, a major American highway, two people died and several were injured in a 50-vehicle traffic jam during a blizzard that forced drivers to leave to avoid freezing in their cars.

In Kentuky, at least three deaths were reported: two in car accidents and one of a homeless person due to hypothermia.

In Canada, every province across the country issued emergency weather warnings throughout Saturday as temperatures left thousands without power. David Phillips, a climatologist at the national weather agency, Environment Canada, said there were 425 warnings in all.

“There were thousands of power outages,” he reported. According to him, the wind chill index, a calculation that takes into account wind speed and temperature to project the thermal sensation, scored -58°C. “These temperatures freeze meat in minutes.”

Facebook
Twitter
Pinterest
WhatsApp
Previous article
‘Top Gun: Maverick’, ‘The Woman King’ and ‘Tár’: Obama’s favorite movies in 2022
Next article
Turkey is discussing with Russia the opening of the airspace of northern Syria