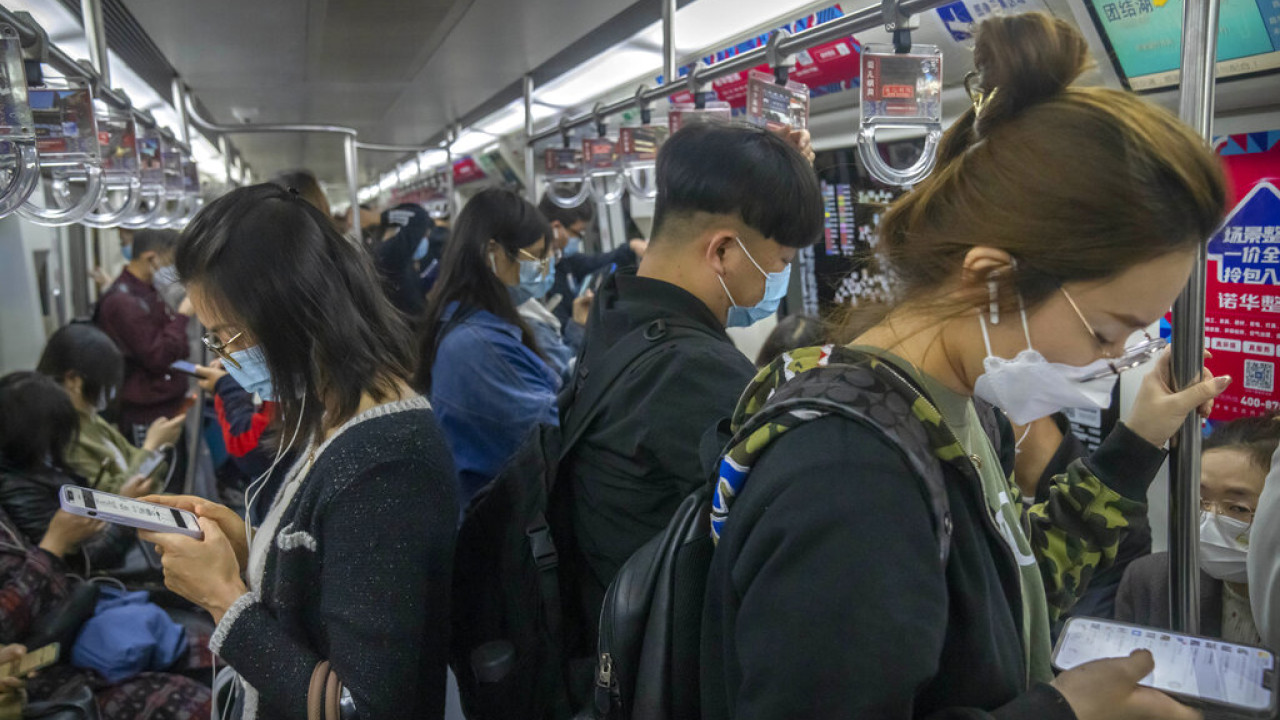 The virus is spreading uncontrollably across the country, while doubts about the figures presented by the Chinese authorities are growing as no new deaths from COVID were reported for six days until yesterday, Sunday

Mask-wearing residents of Beijing and Shanghai suffocated trains on their way to work on Monday morning as frontline medical staff tried to face millions of new cases of coronavirus.

After three years of tough restrictions, President Xi Jinping has reversed his zero-tolerance policy against the coronavirus after unprecedented protests and incidents erupted.

Now the virus is spreading unchecked across the country, while doubts about the figures presented by Chinese authorities are mounting as no new deaths from COVID were reported for six days until yesterday, Sunday, Reuters reports.

Subway trains in Beijing and Shanghai were packed, while major thoroughfares in the two cities were jammed as residents headed to work.

“I am ready to live with the pandemic,” said 25-year-old Shanghai resident Lin Zixin. “Lockdown is not a long-term solution,” he said.

This year, in an effort to prevent cases from spreading across the country, Shanghai’s 25 million residents endured two months of harsh isolation with a strict lockdown that lasted until June 1.

Crowds flocked to a Christmas market in a shopping district over the weekend.

Also, tourist destinations were flooded with people over the weekend.

“Now basically everyone is back to a routine,” a 29-year-old Beijing resident told Reuters.

Yesterday the National Health Commission of China – the evolution of the Chinese Ministry of Health -, which for about three years has been publishing data on the spread of Covid-19 in the country on a daily basis, announced that it is stopping the established update on the course of the pandemic.

“Information related to Covid-19 will be published by the Chinese Center for Disease Control and Prevention for reference and research,” the statement said.

The announcement does not specify the reasons that led to this decision nor the frequency of the update from the Chinese Center for Disease Control and Prevention regarding the latest official data on the course of Covid-19.

On Saturday, the Agence France-Presse (AFP) broadcast statements from a health official in the city of Qingdao, who estimated that half a million people are infected with the coronavirus every day in that region alone.

The assessment he expressed in an article that was quickly censored shows that the data of the Chinese health authorities until yesterday did not reflect the unprecedented wave of infections in the vast Asian country.

The latest update from China’s National Health Commission said Friday saw 4,103 new cases and no deaths due to complications from Covid-19.

In particular, in Shandong province, where the city of Qingdao is located, only 31 new cases were officially registered in a 24-hour period.

Facebook
Twitter
Pinterest
WhatsApp
Previous article
Brazil: Bolsonaro supporter arrested for trying to cause “chaos” with explosives
Next article
Georgiadis: Continuous checks by levels of DIMEA even on holidays