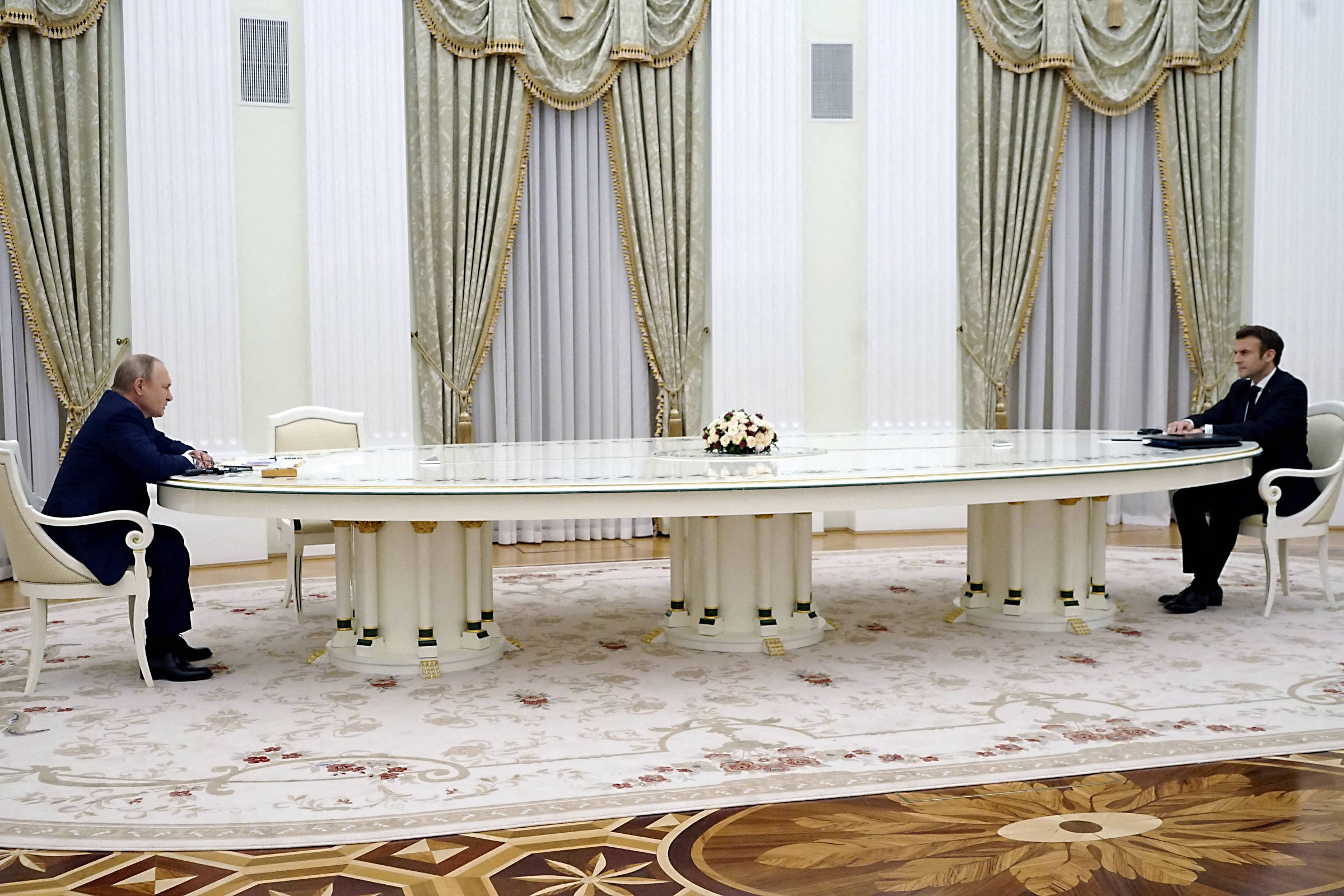 War broke out, the queen died, Covid weakened, the climate warmed up, and the Earth, well, the UN estimates that since November we are 8 billion earthlings out there, eight times more than at the beginning of the 19th century.

If someone were to say, already in the middle of December, that a lot of water would still flow under 2022, perhaps his interlocutor would not be expecting something as literal as that. Until the AquaDom, a colossal aquarium almost 25 meters high installed in the lobby of a five-star hotel in Berlin, exploded, drenching a city block and killing almost all 1,500 fish, Nemo look-alikes included.

Meanwhile, the climate apocalypse continues to lurk, pushing Tuvalu, an island country in the Pacific Ocean that is in danger of being swallowed by the seas, into a virtual diaspora. The local government announced that it would replicate the territory in the metaverse to preserve the memory of the endangered nation.

In July, UN Secretary-General António Guterres questioned whether humanity would choose “collective action or collective suicide”. Symptom of an overheated planet, the European heat wave incinerated forests and economies. Thousands died. To cool the heads of residents, a zoo in Rome distributed popsicles made from fruits, cereals, meat and blood to the animals.

Frying also scorched continent leaders. UK politics have become more disheveled than the gem-colored mane of Boris Johnson, the prime minister who called in the removal truck in September. The prime minister resigned after an avalanche of crises, and poor Liz Truss took over.

The Daily Star tabloid made a herbivorous joke with Truss, the Brief, and, to the sound of the national anthem, announced in a live the victory of a lettuce over her. Let me explain: at the first sign of political turbulence, the publication began broadcasting live the image of a head of lettuce —which in the markets was not worth more than R$4—, with the question: “Liz Truss will last longer than this lettuce?”. The vegetable won.

In less than two months, Truss was replaced by Rishi Sunak. If she’s lucky, she will go down in history as the prime minister who buried England’s longest-lasting queen, Elizabeth II. She took the throne for her son, now Charles 3rd, who went viral with a photo of her “sausage fingers”. The reddish swelling at the end of the hands raised concerns about the health of the newly crowned.

Not far from there, Italy gained a prime minister who, when she was 19, went so far as to define the fascist dictator Benito Mussolini as “a good politician”. In October, Giorgia Meloni became the face of the country’s first far-right-inspired government since World War II.

The party turned sour for another prime minister, the Finnish Sanna Marin. Under political pressure, she was forced to take a drug test after videos and photos of her partying spread across social media. She came back negative.

Marin even apologized for a leaked image of two influencers kissing, both topless, on a deck at the official residence of the politician. She later pleaded for her “right to joy and life”, and several Finnish women flooded the networks complaining about sexism and sharing recordings questioning whether an attractive young woman having fun is a national offence.

On the testosterone bench, former US President Donald Trump gained, at the same time, an admirer and a competitor in the ranking of who lies the most. George Santos, son of Brazilians, was elected deputy for New York. But after the House seat had already been secured, it turned out that he had not studied where he said he had studied or worked for the companies he claimed to have worked for. Even the family origin, which would be Jewish, was defrauded. Finally, he admitted that it was all a lie.

From the same school as Trump, Hungarian Prime Minister Viktor Orbán gave a Nazi statement according to his own Minister of Social Inclusion, who resigned after he said that Hungarians “do not want to become a mestizo people”. In Russia, Vladimir Putin entertained colleagues at a table that stretched five meters. He justified the face-to-face meeting at a distance with the Frenchman Emmanuel Macron with the fear of contracting Covid. The meeting took place to try to loosen diplomatic relations even before Russia went to war with Ukraine, which broke out soon after. Putin, however, does not let anyone at home call war by its name (only he can). Anyway, thousands have already died in the so-called “special military operation”.

In October, Putin congratulated slate Xi Jinping, who has established himself as a leader of the Communist Party by securing his third term. Shortly thereafter, however, the mood in China changed. Xi went on to see a series of protests, the biggest against him since he took power. The last straw was a fire that killed ten people, a tragedy attributed to the delay in the rescue and the difficulty for residents to leave the building, all because of the severe Covid zero policy that has only now been relaxed.

Even the images of the World Cup in Qatar irritated. While Chinese diplomacy presented the host country with two pandas, Si Hai and Jing Jing, a population that had lived with confinements for almost three years, a thousand watched football stadiums packed with people from all over the world without a mask.

Asia has hosted a series of popular uprisings. In Iran, the death of a young woman arrested for not wearing the Islamic veil triggered a wave of protests. In Sri Lanka, protesters demanding the president’s resignation broke into his home and fell into the pool, some with tubes and all. Gotabaya Rajapaksa resigned days later. In East Timor, on the other hand, Nobel Peace Prize winner José Ramos-Horta was sworn in as president hours before his country celebrated 20 years of independence.

Another course took Equatorial Guinea, which “re-elected” Teodoro Obiang, holder of the infamous record of longest-lasting dictator in the world. He has been in power since 1979. His son is being investigated for money laundering, for buying a penthouse on Rua Haddock Lobo in São Paulo for a mere R$15.6 million.

Around Latin America, the so-called “pink wave” has strengthened, which in recent years has returned progressive rulers to power in Argentina, Bolivia, Chile, Colombia and Brazil, with the defeat of Jair Bolsonaro (PL) to Lula (PT). Some victories sound faded today, like that of the Peruvian and former professor Pedro Castillo, who tried to stage a coup and ended up in jail. Imagine that Porta dos Fundos has already used Peru in a skit as an example of a country where nothing happens. surreal.

Cristina Kirchner, Argentine vice president and big name in local politics, caused public commotion when she was held at gunpoint a few centimeters from her head in September. The weapon misfired. Three months later, she suffered a public setback when she was sentenced to six years in prison for corruption.

Finally, Jair Bolsonaro, in the style of the idol Trump, tried to question the result of the election with an unsustainable theory of fraud at the polls. So far, in vain. Leaving the Planalto Palace made him fall back into sadness, according to allies. The moving truck arrived a week before Christmas.