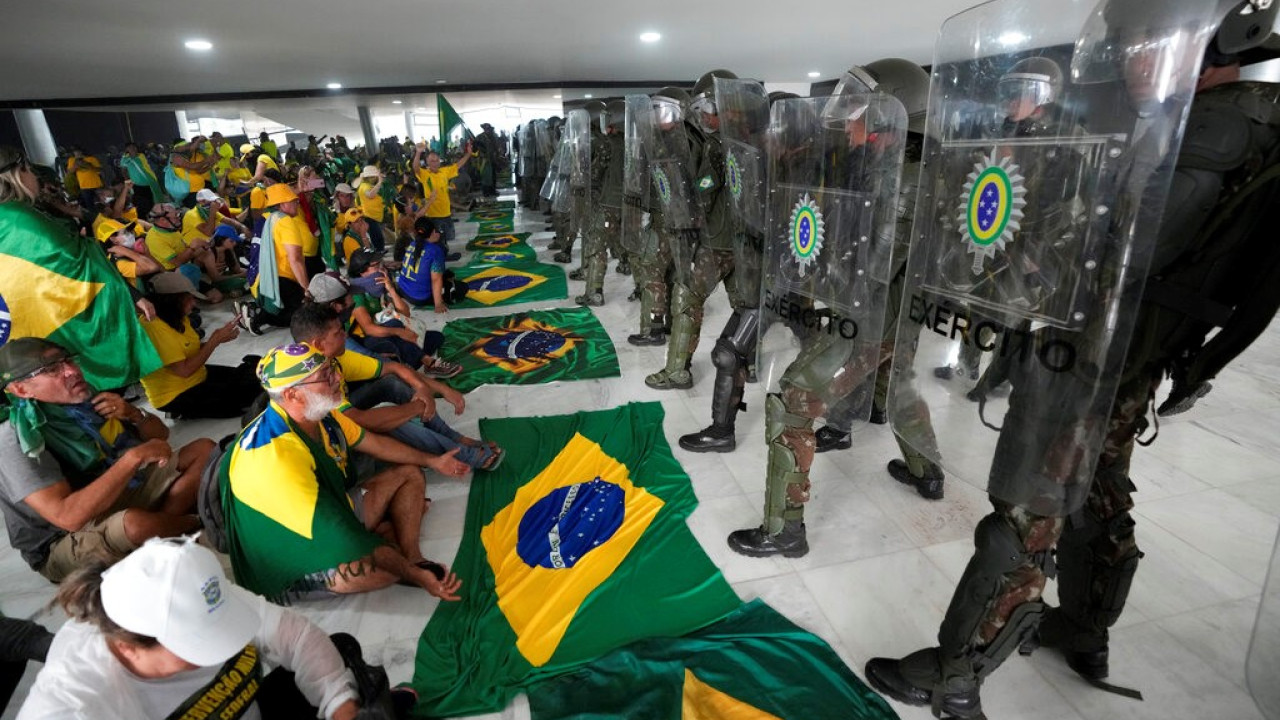 A massive arrest operation followed riots and scenes of chaos in Brazil after thousands of supporters of former president Jair Bolsonaro stormed the country’s Congress, the Presidential Palace and the Supreme Court in the capital, Brasilia.

In fact, the scenes of the invasion of the three buildings were reminiscent of the attack by supporters of Donald Trump on the Capitol in January 2021.

AND THIS MY FRIENDS

🇧🇷 FESTA COMING TO AN END: Party’s OVER for pro-Bolsonaro rioters as Brazilian Army and police make ARRESTS of protesters, apprehending them FACE-DOWN on the cold, hard floors of the Planalto Palace in Brazil’s capital, Brasilia. pic.twitter.com/oqUFqxdSAU

Police arrested at least 400 Bolsonaro supporters – according to international media – who were taken to prison in handcuffs.

BREAKING 🇧🇷: Scores of Bolsonarista insurrectionists have been detained – and arrive in handcuffs here to jail. pic.twitter.com/BryuhA9Nse