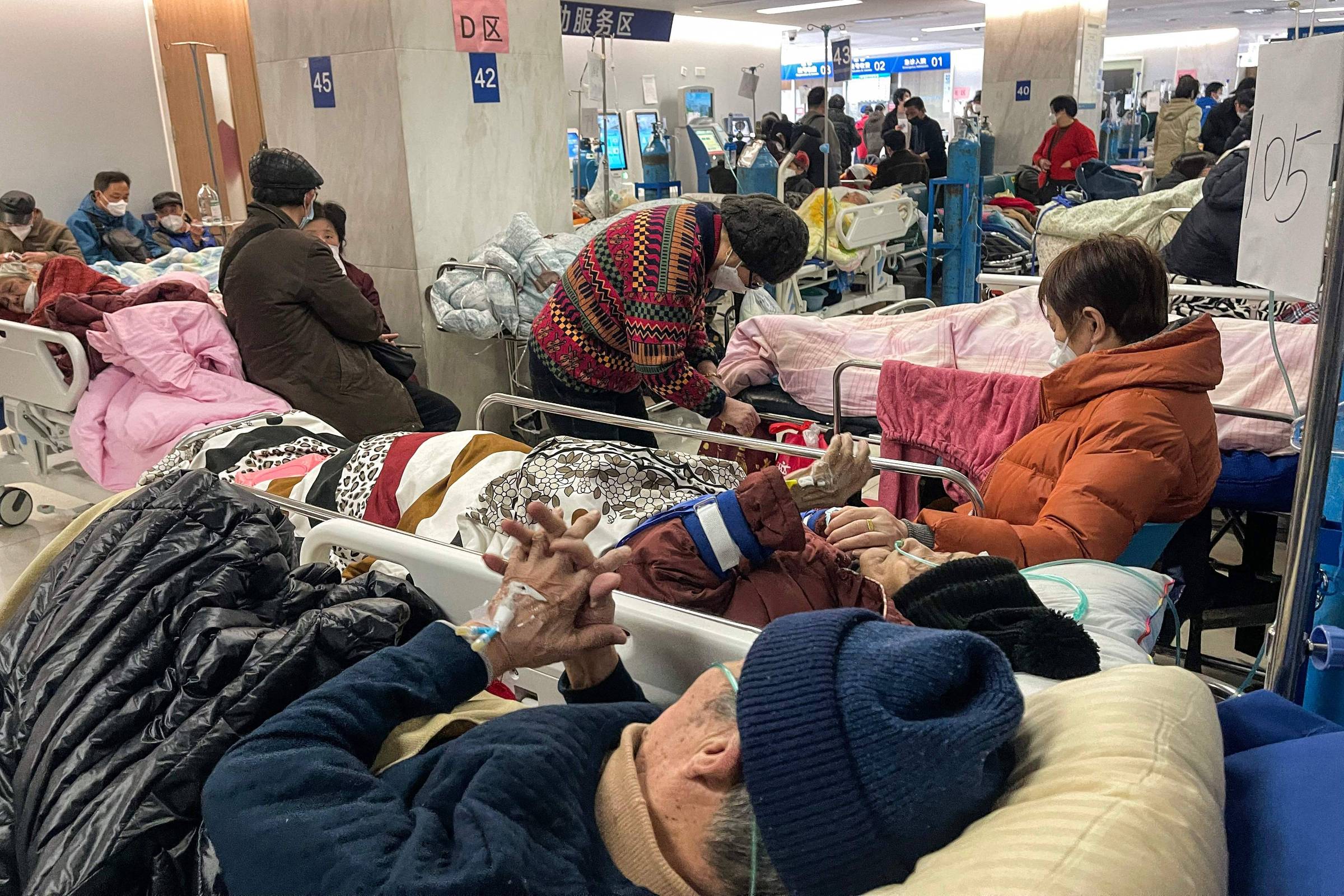 Concern about the rise in cases of Covid amid the intense flow of travel motivated by the local New Year caused an official of the Chinese regime to come out publicly to discourage the population from visiting elderly relatives on the holiday, which runs until the next 21st. .

“You have different ways of showing that you care about them. You don’t necessarily need to take the virus into your home,” said Guo Jianwen, a member of the Pandemic Prevention Council in the country, quoted by the newspaper on Thursday. british The Guardian.

Chinese New Year is the first major celebration in the country without the tighter restrictions of the zero Covid policy, abruptly relaxed by the regime late last year after a series of protests contesting the measures. The movement, however, led to a spike in infections, which has triggered a new health crisis, amid the date – always marked by the expectation of displacement of millions of Chinese.

The equation is worrying because the holiday trend is for inhabitants of the country’s large cities to travel to their home provinces, which are often farther away, with a less equipped health system and lower vaccination rates. The immunization index among the elderly, incidentally, is also a topic of attention at this time of the pandemic.

“Contrary to what has been seen in urban areas, the omicron wave has not reached its peak in rural China,” said Xi Chen, a professor at Yale University (USA), to the AFP news agency. “Things could get significantly worse when workers from cities start to return to rural areas.”

Another flow considered by the authorities, then, is residents of the provinces traveling to the larger cities in search of medical care that they cannot find where they live. Last week, Chinese authorities calculated that the worst had already passed in places like Beijing and Tianjin, but warned of the risk of resurgence at this time, precisely because of the holiday.

In early December, after nearly three years of strict protocols, the country eased testing and quarantine requirements and retired contact tracing systems. The sudden easing of the policy, with no clear strategy to replace it, has left emergency rooms in hospitals in major cities packed to capacity — with dozens of patients, mostly elderly, seen on gurneys outside.

Amid one of the worst outbreaks of the disease, the country changed the definition of death from Covid earlier this year. By the measure, criticized by the WHO (World Health Organization), infected by the virus who die with other associated conditions do not enter the accounting of victims of the disease.

“Current numbers underrepresent the real impact of the disease in terms of hospital and ICU admissions, and particularly in terms of deaths,” said Mike Ryan, WHO director of emergencies, earlier this year.

According to the Global Times newspaper, local authorities have been instructed to expand emergency transport capacity and ensure that rural clinics are equipped with at least one ambulance. Agents should also encourage residents to form volunteer teams to transport patients when first responders fail to arrive in time.

Despite this, the country tries to support the idea that the fight against the disease is effective.

“Contrary to speculation in Western media and politicians, who consider the recent change a turning point, the recent optimization is the result of China’s scientific assessment of the current pandemic and is based on prudent planning,” the agency said. Xinhua official news this Thursday.