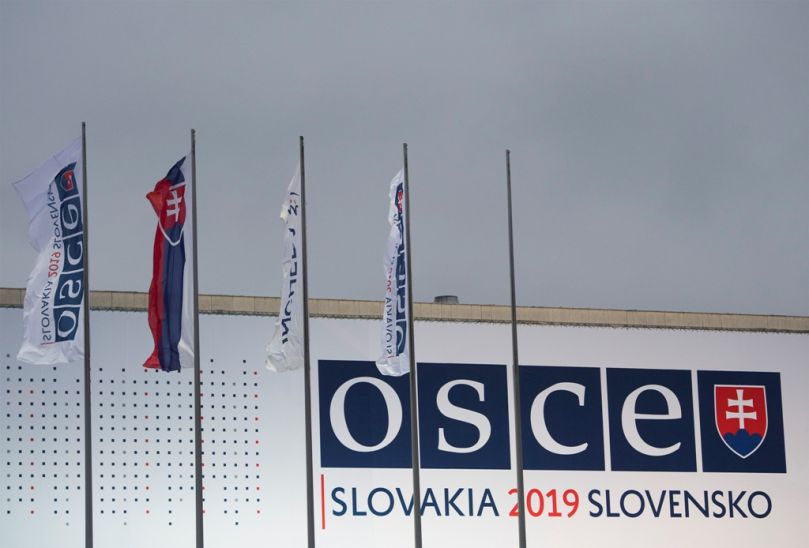 The Permanent Council of the Organization for Security and Co-operation in Europe (OSCE) will meet tomorrow Monday to try to find a way out Ukrainian crisisannounced today Poland, the country that currently holds the presidency of the Agency.

“The meeting has been convened for tomorrow,” Polish Deputy Foreign Minister Pavel Jablonski told PAP. The OSCE thus responded to the request made by Ukrainedue to the increased tension in the Donbas area.

His observers OSCE In recent days, clashes between pro-Russian separatists and the Ukrainian army have escalated, with hundreds of shells being fired. The Donbas crisis began in 2014 and has so far claimed the lives of 14,000 people.

THE Ukraine called for an emergency meeting of the OSCE to discuss “the rapid deterioration of the security situation on the ground,” according to a Twitter post by Poland’s Permanent Representative to the Organization, Adam Halaczynski.

“The aim is to discuss what is happening in the last few hours and what measures will be taken by the OSCE to de-escalate the tension,” Jablonski said. “We will use all available tools to avoid an armed conflict,” he added.

Poland has taken over the rotating chairmanship of the OSCE, a Vienna-based body whose members include Russia and Ukraine, among others.

Facebook
Twitter
Pinterest
WhatsApp
Previous article
Macron: Telephone communications with Soltz and Biden within the next few hours
Next article
Demonstration of strength from Efes, comfortably beat Fener and lifted the Turkish Cup