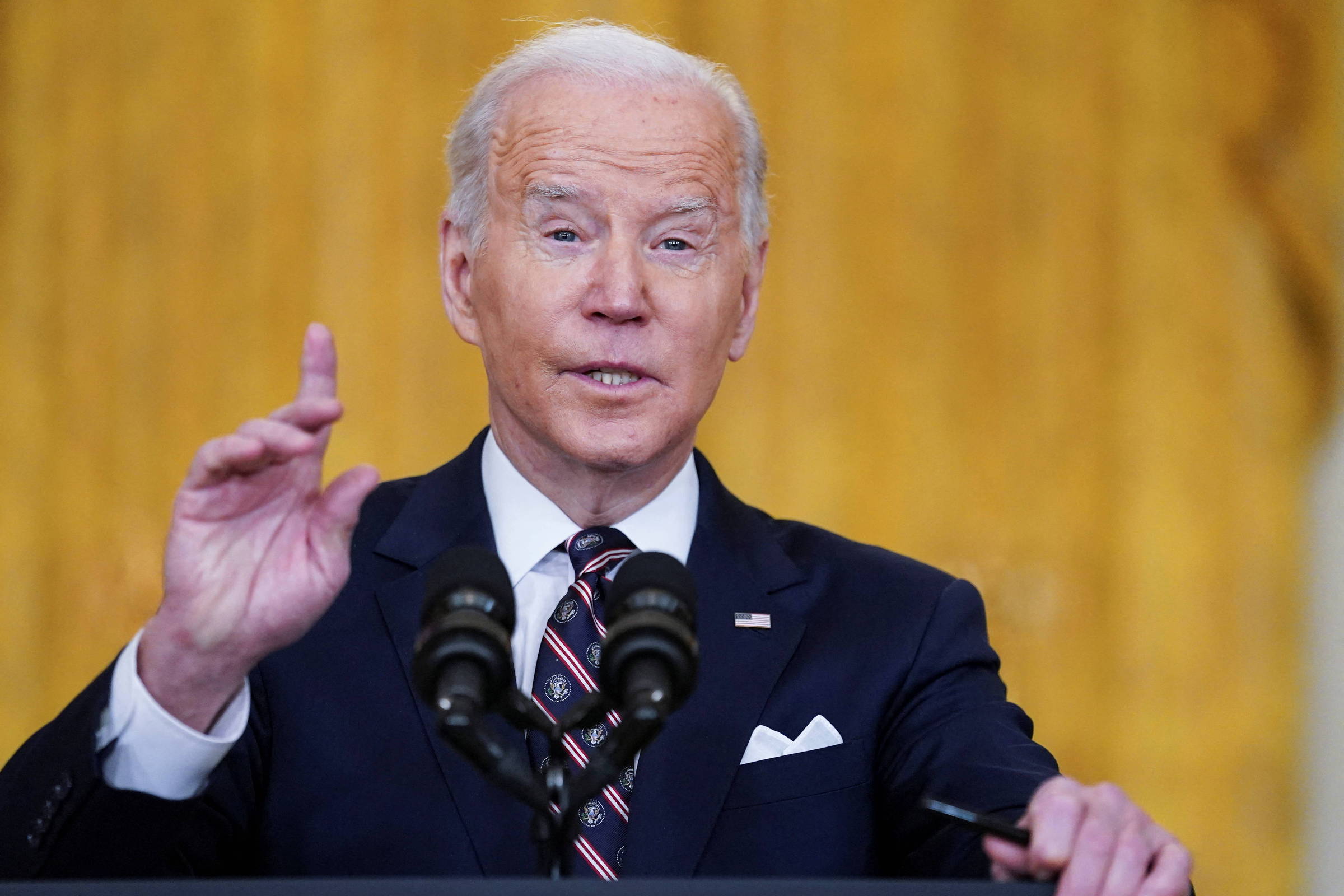 Biden said the new round of measures would mean the Russian government could no longer carry out financial transactions involving its debt securities with US and European companies.

“We are putting sanctions on Russia’s sovereign debt. That means we are cutting the Russian government off from Western finance. It will no longer be able to raise money in the West and it will not be able to trade its bonds in our markets and in European markets,” Biden said at the House. White.

Punishments also include two major Russian financial institutions: the VTB bank and the country’s military bank. Biden said more sanctions were expected to be announced in the coming days, and that they would be aimed at Russia’s elite for their ties to the Kremlin.

The Democrat called Putin’s actions a blatant violation of international law. “In whose name does Putin think he has the right to declare new ‘countries’ in territories that belong to his neighbors?” he asked.

“To put it simply, Russia has simply announced that it is taking a big chunk out of Ukraine. It is putting together a rationale to take more territory by force. This is the beginning of the invasion of Ukraine,” Biden said.

The president considered that the measures are a form of defense, not of attack. “We have no intention of fighting Russia,” he said, stressing that there are still ways to find a diplomatic way out of the crisis.

The American leader said he will take further steps as Russia takes more action against Ukraine, and that he will continue to provide military assistance to Ukraine and countries in the region.

On Monday (21), the American president had signed an executive order to prevent American citizens and companies from doing business with Ukraine’s breakaway regions, as well as importing products from there. The order makes an exception for sending humanitarian aid to the region.

For weeks, the US government has been warning of an imminent Russian invasion of Ukraine, and has sought to pressure Russia not to do so. However, Moscow followed through with the pressure strategy on its neighbor.

The new White House sanctions came after Putin recognized rebels in eastern Ukraine’s Lugansk and Donetsk provinces and sent troops in support of the separatists. The Russian president announced the decision in a stern-toned televised speech, in which he said the neighbor had “never been a true state” and is now a “puppet colony” of the US.

Since November, Putin has been massing troops in military exercises around Ukraine — at least 150,000 of them, according to the US. He denied that he will invade the country, but after recognizing the rebel territories he ordered Russian troops to occupy it in a “peacekeeping” mission. The question is how far these troops will go: whether they will stay in areas already under rebel control or help them conquer more parts of Ukraine. In the second option, this would effectively configure an invasion of the neighboring country.

On Tuesday, Putin said he would not immediately send troops to the two self-proclaimed republics. The move, however, aims to further pressure Kiev to accept Russian terms for the region.

The Russian leader made demands of the Ukrainian government during a press conference in Moscow. He said Kiev can help end the crisis if it gives up trying to join NATO (Western military alliance), the public center of its grievances, and if it is “demilitarized” – he said again that Ukrainian President Volodymyr Zelensky wants nuclear weapons , taking advantage of an unfortunate speech by the Ukrainian on the subject.

Despite recent actions, Russia has said it is still willing to negotiate to resolve the crisis peacefully.

Also on Tuesday, NATO criticized Russia. “Moscow continues to fuel the conflict in eastern Ukraine by providing financial and military support to the separatists. It is also trying to stage a pretext to invade Ukraine again,” said Jens Stoltenberg, the organization’s secretary general.

“It undermines Ukraine’s sovereignty and territorial integrity, erodes efforts towards resolving the conflict, and violates the Misnk Accords, to which Russia is a party,” added Stoltenberg, citing the compromise that supported a precarious ceasefire. in the region since 2015.