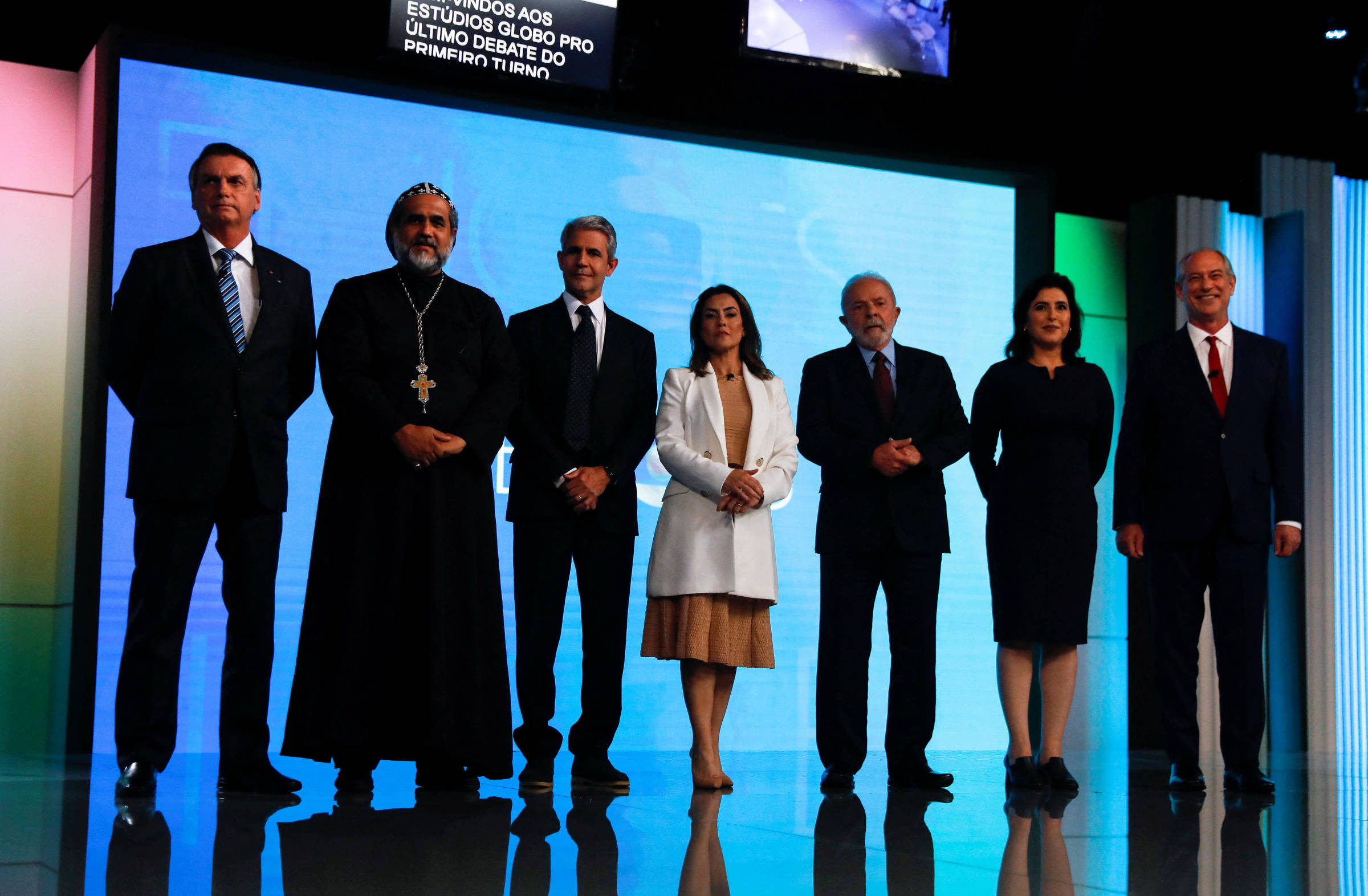 Analysis: Economy has become a crutch in the debate between presidential candidates

Here and there, there was a little talk about health, customs and the harm of the left, but the questions in the last debate of the presidential candidates this 2022 before the first round were concentrated on two major themes: personal offenses and economy, always mixed with accusations of corruption.

With the exception of Father Kelmon (PTB), who needed to read the glue of basic questions, the candidates demonstrated that they had studied the numbers, knew the data, but had traded the opportunity of astute debate of good politics for the ring of wrestling in the intellectual mud.

It is always possible to say that the bellicose tune of President Jair Bolsonaro (PL) inspired opponents. But it is not true in this case. All had armed spirits.

The voter was subjected to the spectacle of exchanges of accusations mixed with loose expressions about the importance of global value chains, caps, interest calibration, fiscal responsibility, control of public spending.

So what if GDP is up, inflation is down and the secret budget is at R$40 billion? What is the meaning of transferring R$ 4 trillion to the banks, R$ 350 billion to the poor and returning R$ 16 billion of the robbery at Petrobras? All that, together and mixed?

It was numbers in the wind as the storm brews.

Internal recovery sends out mixed signals. The job grows. Salary drops. There is a lack of medicines in the SUS. Students are dropping out of schools. Inflation relents in administered prices, with the government’s pen, but continues to put pressure on food. The year 2023 will not be easy for the elected, whoever they are.

Outside, the risk of recession in the main economies has entered the radar of the largest financial institutions. China grows less and hardens the political discourse with the United States. Tensions escalate in Europe, with Russia pushing its borders into Ukraine’s territory. Winter is coming to the north, and everything indicates that the heaters on the old continent will run out of gas.

Meanwhile, the main candidates for the presidency in Brazil spend more than three hours investing in polarization to rally the last votes. Economics was merely a crutch to mask the real intention—knock out the opponent’s morale and stun the reader’s perception.

The marketers’ proposal, it seems, is to take voters’ hearts and livers to the polls, not their minds. It is the Brazil we have for today.