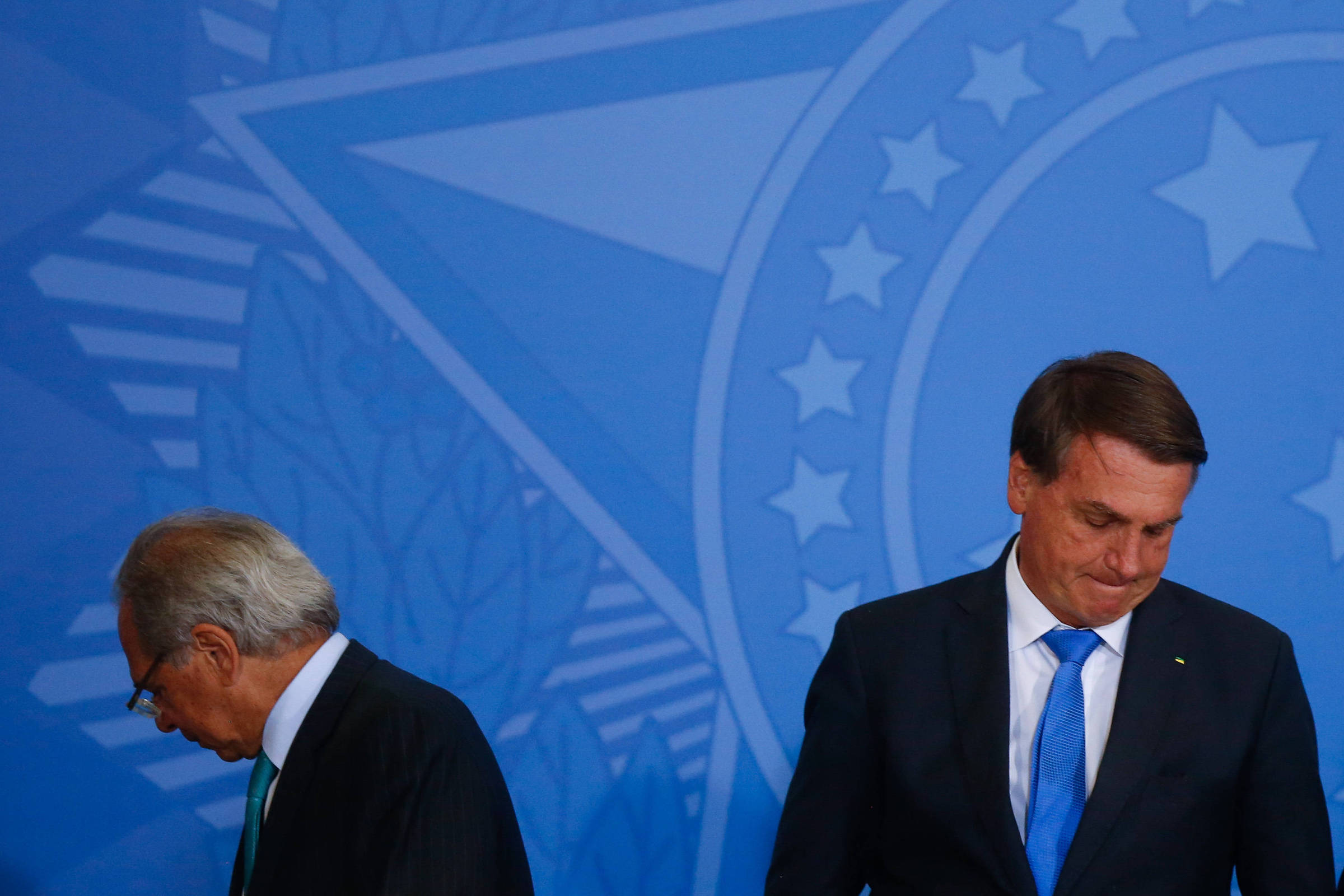 Economy Minister Paulo Guedes said this Thursday (27) that an eventual victory for Jair Bolsonaro (PL) in this year’s elections would ensure that the 2026 election is pacified, as former President Luiz Inácio Lula da Silva (PT) would probably not run and the current president could not run for a third term.

In a videoconference to the Suno Research Youtube channel, Guedes suggested that the Chief Executive helps create a climate of polarization in the country and that, if Lula wins the second round, Bolsonaro would return in the next elections to compete with him – renewing the risk. to continue with the political division.

The statement came after the minister was asked about his assessment of the newly elected Congress. Guedes pointed out that the center-right won most of the seats, which would signal a transition to end “this shouting, this noise”.

“If Bolsonaro wins this election, Lula will retire. Bolsonaro will not be reelected, because he will have served two terms, so the next election will already be a center election, pacified. It will be Tarcísio, Ratinho Junior, Zema, and polarization is over in Brazil”, he said.

Then, the minister added that, if PT wins the election, he would have to deal with a center-right Congress that would bring him difficulties. “And then Bolsonaro comes back, to compete with Lula again. So I think that whoever wants peace, who wants peace now, has to say ‘look, the left is already gone. [para trás].”

Three days before the second round, Guedes adopted a campaign tone during the interview, extolling the achievements of his administration and attacking the opponent of Jair Bolsonaro. The minister called an eventual victory for Lula a “perverse hypothesis”, saying that if the PT wins it will shake the path of prosperity that the government would be preparing for the coming years.

Guedes also accused Lula of wanting to end Auxílio Brasil. “There is a program that was written by some of the other candidate’s economists, where it is written that they are going to replace Auxílio Brasil. with economic guideline was referring to.

In the program filed by the PT candidate at the TSE (Superior Electoral Court), there is no mention of the term Auxílio Brasil. The document says that only a renewed and expanded Bolsa Família program needs to be implemented, which “will make the transition possible in stages, towards a universal system and a basic income for citizens”.

The minister also stated that the government’s absolute priority is to guarantee the payment of the Auxílio Brasil of R$600 in 2023, defending the taxation of profits and dividends to finance the measure. The current amplified value of the benefit is guaranteed only until December, returning to R$ 400 in January.

The minister estimated that the revenue from the new tax will be R$ 69 billion a year, which, according to him, would be enough to fund the social program, which would have an additional cost of approximately R$ 52 billion in 2023.

In this Thursday’s interview, Guedes again said that there will be no change in the minimum wage readjustment rule. Last Wednesday (19), the Sheet revealed the Ministry of Economy’s plan to stop correcting the minimum wage and pension for past inflation.

The head of the economic portfolio said that his opponents invent fake news and promised that the minimum wage, pensions and civil servants’ salaries will be readjusted above inflation.

For Guedes, the Supreme Court’s ‘judge’ who arrests people is going too far

During the interview, the minister complained of attacks that the government had suffered in the last four years. After considering that he trusts democratic institutions, he said he believes that some agents go too far and discredit institutions.

“When a deputy attacks another institution, physically threatens, he is discrediting Congress. It is up to Congress to limit him. When a Supreme Court judge also goes out and arrests people, he is also exceeding himself. precisely so as not to put the institutions under threat,” he said.

Although he did not mention Alexandre de Moraes by name, the speech repeats the argument used to criticize the performance of the STF (Federal Supreme Court) minister in the face of the investigation of digital militias.

The statement also comes at a time when Bolsonaro has reinforced attacks on the TSE (Superior Electoral Court), currently chaired by Moraes.

Facebook
Twitter
Pinterest
WhatsApp
Previous article
Putin: “We have never talked about using nuclear weapons” – “We are ready to resume talks with the US”
Next article
These are the 50+1 products of the “household basket” – What is foreseen for fines