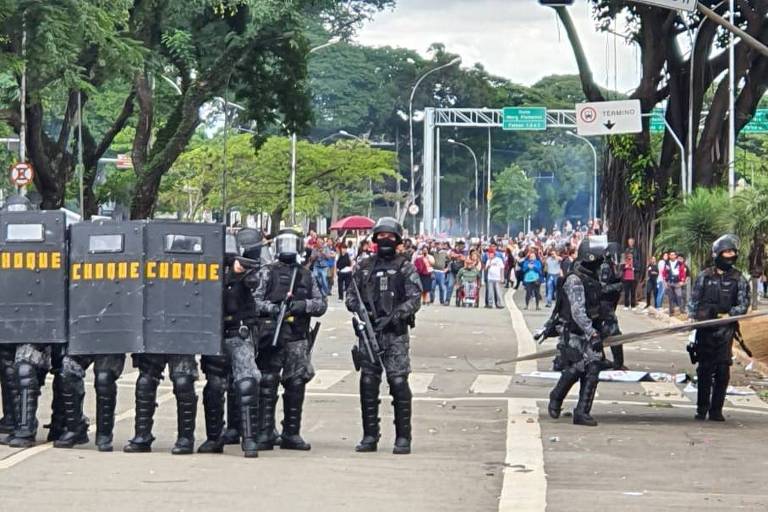 The end of the so-called “confiscation of retirees”, as the discount of part of the retirement and pensions of São Paulo employees is known, should benefit 307 thousand people – but also cause a loss of revenue of R$ 2 billion a year for the state, according to official calculations by SPPrev (São Paulo Previdência).

The measure was approved last Tuesday (25) by Alesp (Legislative Assembly of the State of São Paulo) and more than 71% of beneficiaries, retirees and civil pensioners, will no longer pay the contribution.

The change still needs to be sanctioned by Governor Rodrigo Garcia (PSDB) – who was not reelected, but had committed to putting an end to the discount – and should come into effect on January 1, 2023.

Also according to SPPrev, the state deficit with the payment of retirement and pensions for civil servants was BRL 27.32 billion in 2020 and BRL 16.46 in 2021. The reduction in financial insufficiency is justified, among others. reasons, by the increase in revenue from contributions from active, inactive, civilian and military pensioners and employer contribution from civilian assets.

However, the approval of PLC (Complementary Law Project) 43/2022 was a demand from servers since the state pension reform, in 2020.

The civil servants reform raised the minimum age for retirement in the state of São Paulo, changed the formula for calculating the benefit, increased the social security contribution, limited the accumulation of benefits and also changed the rules of the pension for death.

The discount, from 12% to 14% on retirements and pensions above the minimum wage (R$ 1,212), had been instituted in September of that year, by former governor João Doria (then of the PSDB).

Before that, only the benefits of inactive workers above the INSS ceiling had a rate. The charge only fell on the amount that exceeded this limit.

With the approval by Alesp, the charge is back to 16% and made to retired servers who earn above the ceiling.

According to deputy Carlos Giannazi (PSOL), the approval of the end of the discount was a collective effort of retired deputies and servers, who mobilized through social networks in the last two years.

“The merit goes, above all, to the retired servants who were affected by the confiscation during the pandemic. They organized themselves, held Twitter workshops and learned to charge deputies through social networks. The movement ended up creating capillarity throughout the state”, he says. the parliamentarian.

“Alesp recognized the reparation that needed to be made, many were charged in the election, and these retirees made a militancy to take votes from them. And the movement continues in the networks, the pressure of the servants did not stop with the approval of the project”, says Giannazi .

The next step, according to the deputy, is to make the state return the amounts charged in the last two years. The estimate of the parliamentary technical team is that this amount is close to R$ 4.5 billion.

“The revocation of the confiscation does justice to all those who dedicated themselves for long years to serving the State, who worked and contributed throughout their lives and, unfortunately, had their rights violated in a perverse way”, evaluates Raquel Gallinati, from Sindpesp (union of delegates).

“As soon as the confiscation was implemented by the Doria government, we realized that it would be something extremely cruel that would affect especially the lowest paid servants, as is the case of those who are part of the teaching profession.”

The end of the charge was such a sensitive issue that the two candidates for the state government who went to the second round —Tarcísio de Freitas (Republicans) and Fernando Haddad (PT)— have already expressed their support for its revocation.

In a first-round debate, Freitas stated that civil servants were upset with the state government and said he would “take care” of them, taking advantage of the state’s cash in hand.

Haddad, on the other hand, promised to meet with the servers and reverse what he called “confiscation by decree”, guaranteeing that he will recover the losses caused during the Doria government.

Facebook
Twitter
Pinterest
WhatsApp
Previous article
The father was identified as the perpetrator of his son’s murder in Menemeni
Next article
Camera Obscura: On top of this cannon in Aegina, you could literally see the world upside down – Video