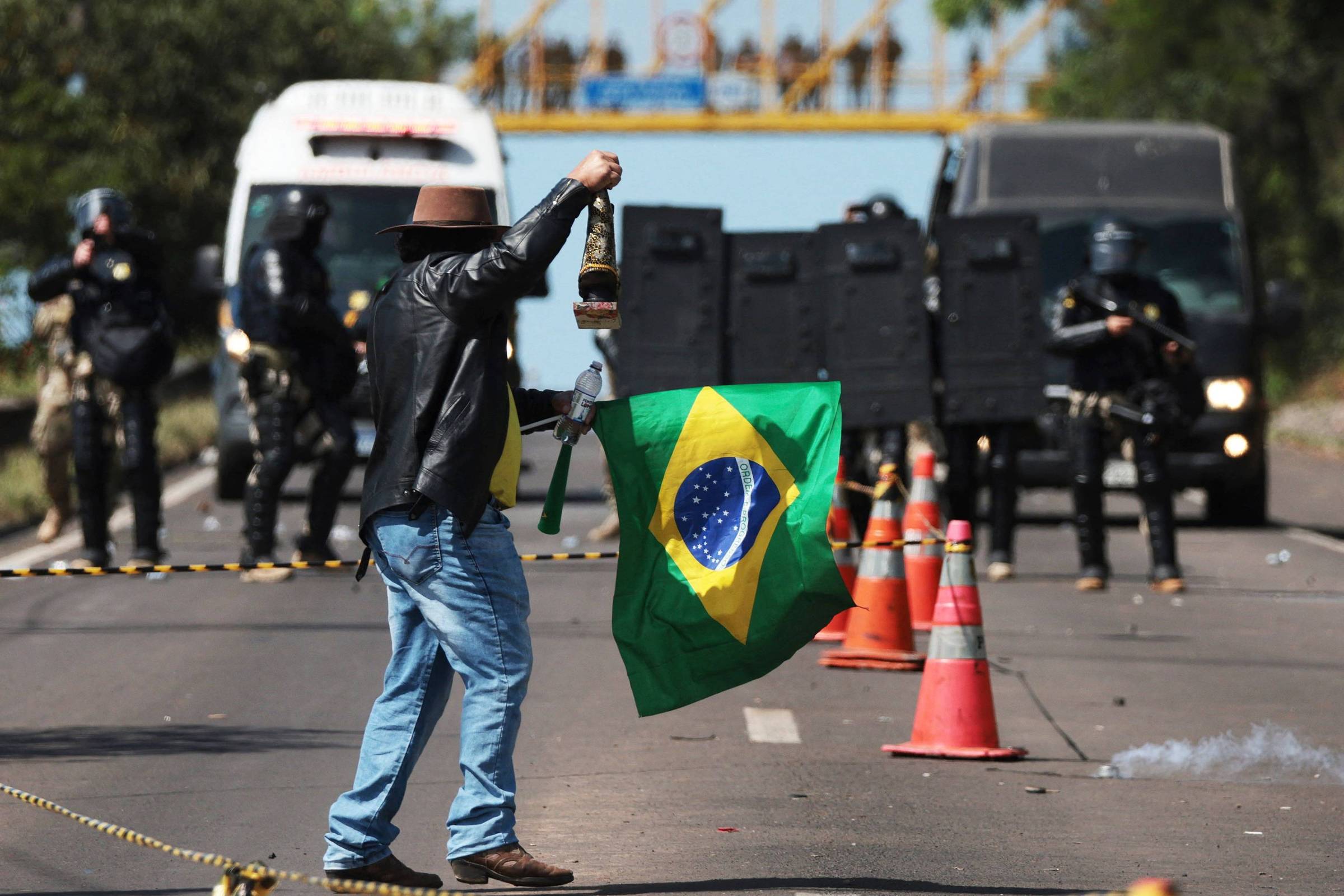 Allies of the president-elect, Luiz Inácio Lula da Silva (PT), received with concern the intention of the MTST (Movimento dos Trabalhadores Sem Ceto) to go to the roads to clear the blockades set up by Bolsonaristas.

In the surroundings of the president-elect, the orientation has been to make it clear that this is a responsibility of the government of Jair Bolsonaro (PL), and it is up to him to bear the losses resulting from the protest.

With the MTST initiative, the fear is that bolsonaristas will provoke confrontations and attribute the beginning of the conflict to Lula’s supporters.

According to Mônica Bergamo’s column, the Homeless Movement will send thousands of militants to the roads blocked by Bolsonaristas to remove the barricades that prevent the passage of cars.

The movement, which has among its coordinators elected federal deputy Guilherme Boulos (PSOL-SP), says it decided to take action after seeing that the blockades are happening “with the complacency” of the PRF (Federal Highway Police), under the command of the federal government.

“We hope to be as well received by the security forces as the Bolsonaristas are being”, says the MTST.

MST leader João Paulo Rodrigues took to social media to prescribe calm. “People of struggle, now is the time to celebrate our victory and calm our Brazil. It’s up to the state and its institutions to repress this wave of coup (already expected, right?) and start the transition to a new government. and continue denouncing the coup”, he published.

In a note, the presidents of the union centrals also recommend caution and demand a response from the federal government.

“We cannot accept a kind of 3rd round that isolated political sectors of bolsonarismo try, in a coup and anti-democratic strategy, to submit Brazilian society through riots, road blocks and other demonstrations without political and popular support.”

According to the note from the centrals, “the position adopted by partisan sectors of the security agencies -especially the PRF- that prevaricate in the fulfillment of their legal and constitutional functions and obligations is unacceptable and criminal”.

“We urgently call on federal and state governments, democratic institutions, in all forms of law, to adopt all measures”, he adds.

In the document, the centrals emphasize that “the union movement does not accept provocations and radicalism”.

Coordinator of the Popular Movements Center, Raimundo Bonfim said that they will not remain inert in the face of what they call an “attempted coup on the part of bolsonaristas and truck drivers supported by agribusiness groups”. “We will fight for a democratic-popular government, we will face the Bolsonarism that needs to be defeated in society. I respect the popular sovereignty of the vote.”

PT president Gleisi Hoffmann said she did not agree with the initiative because it is a responsibility of the State. “Brazil has to have normality, it cannot have a row because of electoral results”, she said.

When questioned, Gleisi stated that the Lula government will maintain dialogue with the truck drivers’ movement.
According to her, dialogue is a hallmark of PT governments. “With all sectors, we will have dialogues”, says

Gleisi minimized the risk of Bolsonaristas trying to prevent Lula from taking office, as happened in the US, where Donald Trump’s followers invaded the Capitol.

Facebook
Twitter
Pinterest
WhatsApp
Previous article
Agreement on the transfer of grain: Moscow is asking for guarantees from Kyiv to come back
Next article
#Hashtag: Bolsonaristas are criticized for closing roads: ‘Freedom was only valid in the pandemic?’