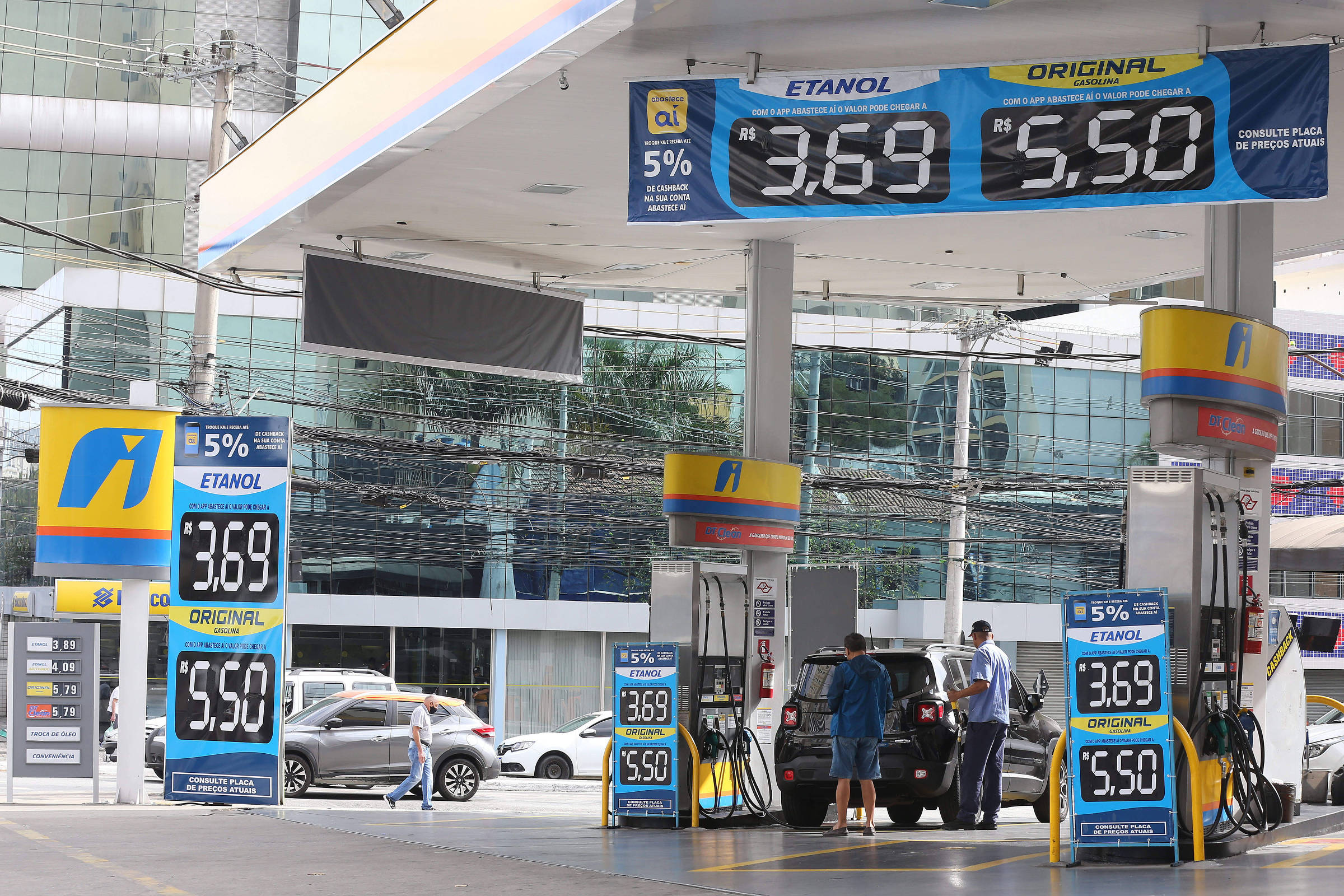 Gasoline rises for the fourth week in a row and is close to R$ 5, says ANP

The average price of regular gasoline rose for the fourth consecutive week at stations in Brazil, indicated a survey released this Monday (7) by the ANP (National Agency of Petroleum, Natural Gas and Biofuels).

Last week was marked by anti-democratic protests by Bolsonarist groups that contest the victory of Luiz Inácio Lula da Silva (PT) in the second round of the elections.

These acts blocked highways, which made it difficult to supply fuel in regions such as Santa Catarina and the interior of São Paulo.

Gasoline already costs R$ 5 or more, on average, in 11 units of the federation, according to the ANP. The highest average value was recorded in Bahia: R$ 5.51. Rio Grande do Norte (R$ 5.44) followed.

The sequence of four increases in gasoline occurs after 15 weeks of declines, according to ANP data. The casualties had been caused by tax cuts and reductions in the values ​​practiced at Petrobras refineries.

On the eve of the second round of elections, oil regained strength in the international market, which put pressure on fuel in Brazilian refineries.

Petrobras, however, held back transfers amid the campaign of President Jair Bolsonaro (PL). Meanwhile, the advance of ethanol started to impact the price of gasoline at the pumps.

The liter of ethanol reached R$ 3.70 at gas stations last week, according to the ANP. The increase was 1.9% in relation to the previous seven days (R$ 3.63).

At the opening of the market this Monday, Abicom (Brazilian Association of Fuel Importers) calculated the lag of gasoline at 3% per liter in refineries, or R$ 0.10 below the import parity.

The lag for diesel was greater, at 8%, or R$0.40. In other words, prices at Brazilian refineries are still at a lower level than prices practiced abroad.

Facebook
Twitter
Pinterest
WhatsApp
Previous article
Panel SA: Impasse in the purchase of Eldorado has another setback for the Batistas
Next article
Protesters attack PRF with shots and stones in an anti-democratic blockade; watch video