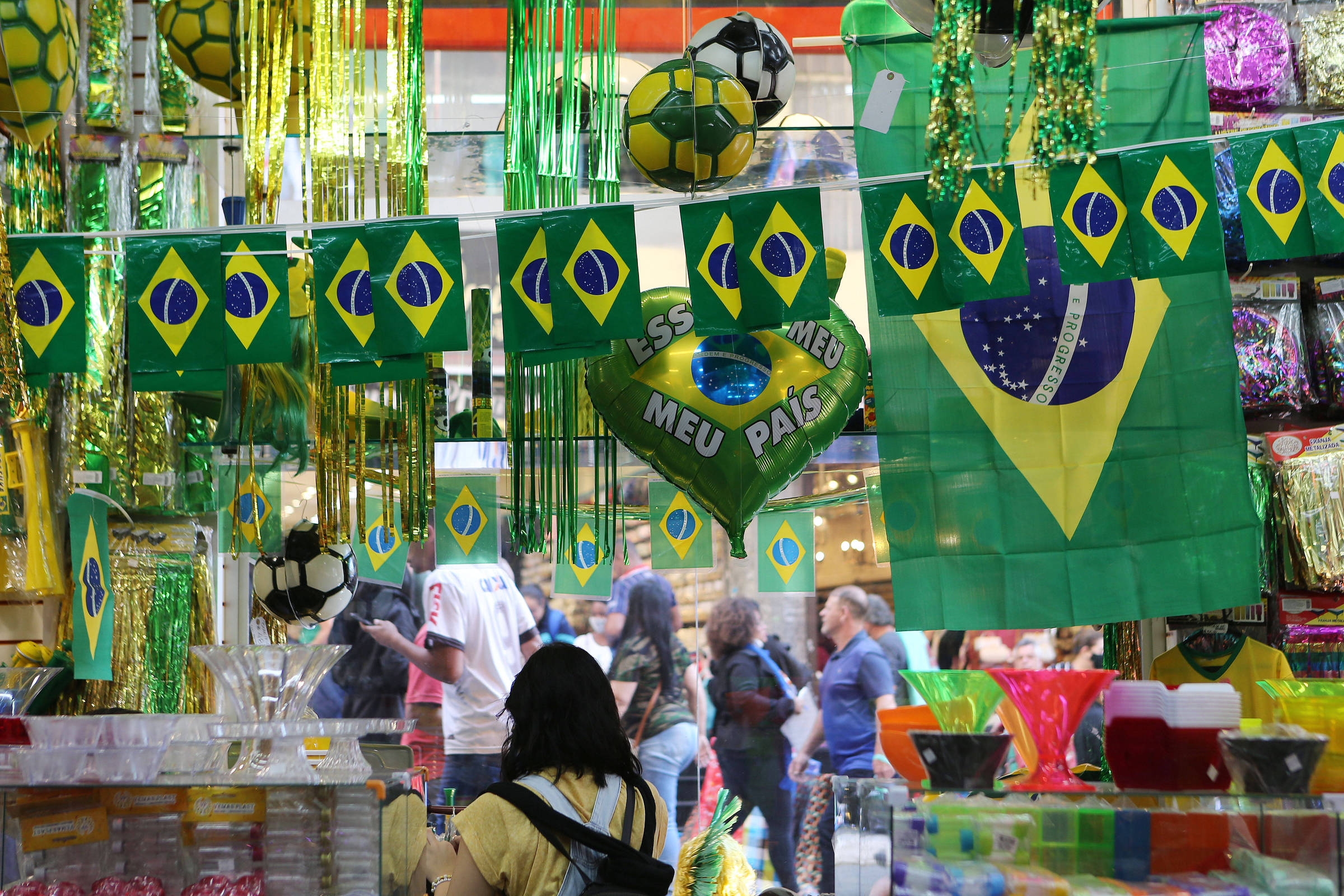 Brazilian economy expected to slow down after elections, analysts say

The Brazilian economy is heading for a slowdown in the final stretch of this year, after the period marked by the elections, analysts indicate.

According to them, the projected loss of breath is mainly associated with the lagged effects of high interest rates, which make it difficult to consume goods and services that are more dependent on the granting of credit.

Household indebtedness and reduced stimulus from the reopening of the economy are also pointed out as factors that can hold back activity.

“We hope that the effects of monetary policy will become increasingly clear”, says economist Luca Mercadante, from Rio Bravo Investimentos, about the impact of high interest rates.

This deceleration should already appear to some extent in the third quarter. The GDP (Gross Domestic Product) result for this period will be released on December 1st by the IBGE (Brazilian Institute of Geography and Statistics).

Analysts expect a new positive variation of the indicator, but below the 1.2% advance registered in the second quarter.

Mercadante projects an increase of 0.6% between July and September, followed by stagnation in the fourth quarter (0%). “High interest has a very important role in this”, he says.

In an attempt to contain inflation, the BC (Central Bank) had to raise the basic interest rate, the Selic, which remained at 13.75% per year.

Analysts do not see a reduction in the short term. For now, the bet is that possible cuts will only occur from mid-2023.

Freeing up resources in the election prevents further slowdown

In the view of economist Silvia Matos, coordinator of the Macro Bulletin of FGV Ibre (Brazilian Institute of Economics of Fundação Getulio Vargas), the loss of breath of the economy in the second half of the year “was already contracted”.

What tends to prevent a greater slowdown, he says, is the reflection of the stimulus measures adopted throughout the election year.

On the eve of the dispute with Luiz Inácio Lula da Silva (PT), who won the election, President Jair Bolsonaro (PL) bet on releasing resources, expanding social benefits and cutting taxes on items such as fuel, which alleviated inflation.

According to Matos, GDP tends to advance 0.6% in the third quarter of this year. For the fourth quarter, the projection is for a decline of 0.4%.

The estimates, he ponders, still do not take into account possible impacts of the revision of the 2020 GDP drop, confirmed by the IBGE on Friday (4) – the low in the initial year of the pandemic was lower, from 3.9% to 3, 3%.

Matos also highlights that high interest rates tend to slow down consumption in the country. Another more pessimistic signal, he indicates, comes from confidence indices.

In October, the business confidence indicator calculated by FGV Ibre dropped 3.3 points, to 98.2 points. It is the lowest level since May this year.

“This perspective for the second semester [de desaceleração] remains, and should not change much with the election. It is a response to the increase in interest rates and the effect on economic activity”, says economist Carlos Lopes, from BV bank.

He projects a slight positive change of 0.3% for GDP in the third quarter and stagnation (0%) in the final three months of 2022.

Economist Fabio Bentes, from CNC (National Confederation of Trade in Goods, Services and Tourism), also recognizes that high interest rates play against the sale of higher added value items that are more associated with retail installments.

However, Bentes still sees room for growth in trade and service activities in the final stretch of the year, marked by Black Friday and Christmas. The hypermarkets and supermarkets sector and the clothing sector, with lower value products, are part of the list.

In addition, the World Cup from November to December tends to stimulate activities such as bars and restaurants, adds the economist. “Services and commerce still have a positive outlook. My concern is more about next year, about how the new government will deal with the fiscal issue.”

In September, retail sales in the country grew 1.1% compared to August, informed the IBGE this Wednesday (9). It’s the highest since March.

The result came well above analysts’ expectations, but did not change the projections of a slowdown in economic activity until the end of the year. Sales fell 1.1% in the third quarter, compared to the second, according to the IBGE.

For economist Claudia Moreno, from C6 Bank, segments of commerce that are “sensitive” to changes in income, such as hypermarkets and supermarkets, are benefiting from the recent increase in wages and the payment of social benefits.

On the other hand, activities that are more dependent on credit, such as home appliances and vehicles, have been negatively impacted by high interest rates, he added.

“The result of September [do comércio] does not change our forecast that GDP should grow 2.3% in 2022. In our view, the economy as a whole slowed down in the second half of the year, and activity performance surveys already show this loss of breath,” said Moreno.

Despite the positive data in September, the numbers “consolidated a deterioration of retail activity throughout the third quarter”, evaluated economist Lucas Maynard, from Santander Brasil. For the fourth quarter, the expectation for the sector is a “lukewarm” performance, according to him.

The median of financial market projections indicates GDP growth of 2.76% in 2022, according to the most recent edition of the Focus bulletin, released on Monday (7) by the BC.

For 2023, the first year of the new Lula government, the estimate signals a more modest advance, of 0.70%. The global slowdown is another factor that appears on the radar.

In the opinion of analysts, one of the main challenges of the PT administration will be to reconcile fiscal responsibility with the payment of social benefits promised during the campaign, including maintaining the minimum amount of R$ 600 for Bolsa Família – the name that should be renamed Auxílio Brasil.

“The government will face the need to increase spending in the short term, given the campaign promises and the demands of society at the moment, with a collection that will probably be slowing”, observes Carlos Lopes, from BV.

Silvia Matos, from FGV Ibre, also draws attention to this point. “The demand for social spending exists, but it needs to be more efficient. There is room for improvement.”