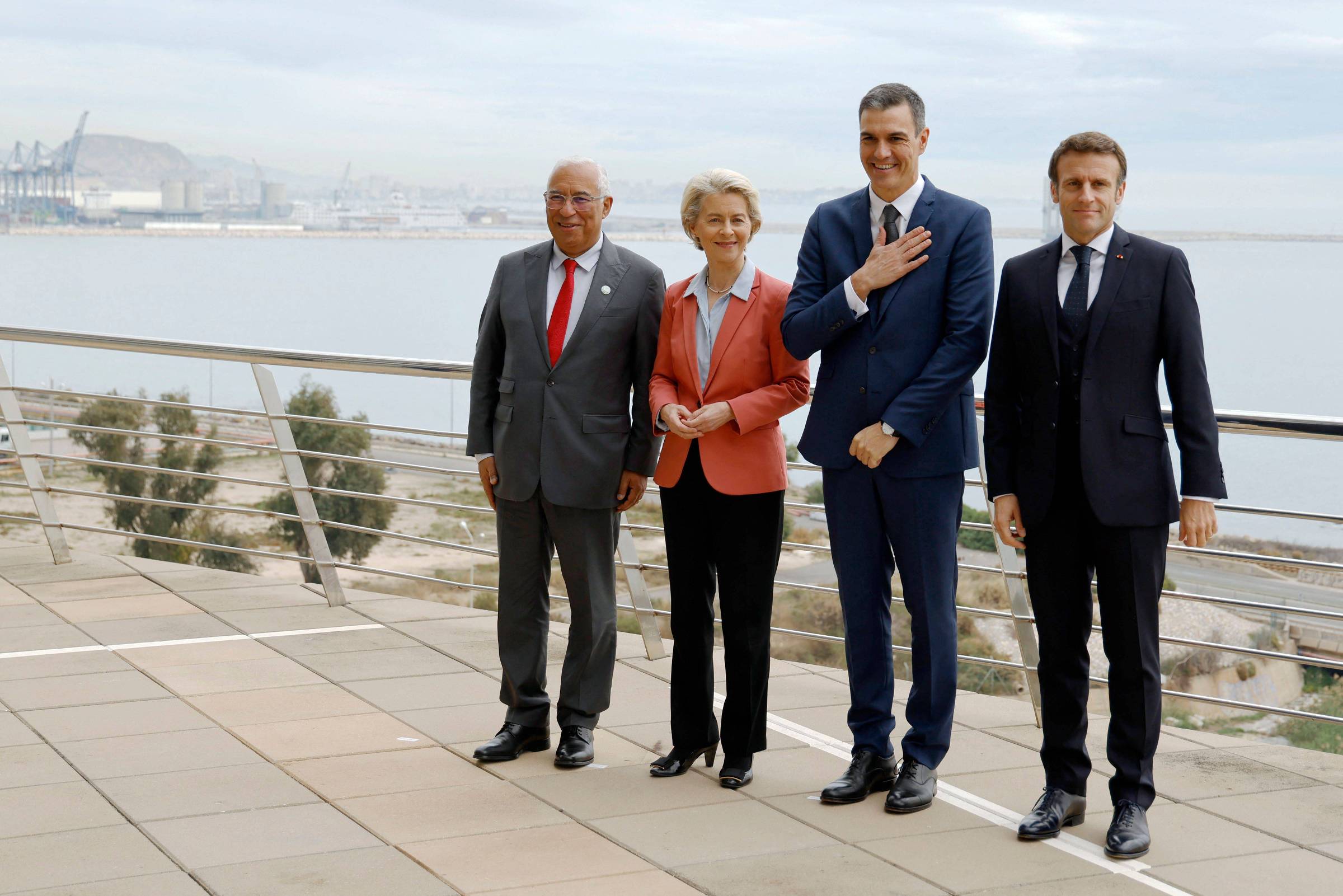 Spain, France and Portugal will reveal, this Friday (9), the first details of the construction of the H2Med, a maritime conduit project to take green hydrogen from the Iberian Peninsula to France and the rest of Europe.

Meeting in the Spanish city of Alicante, French President Emmanuel Macron, Portuguese President Antonio Costa, and Spanish Head of Government Pedro Sánchez will formalize, before the President of the European Commission, Ursula Von der Leyen, their commitment to a roadmap and a timetable for this European-funded project.

Although the initiative is due, in part, to European interest in reducing Russia’s energy dependence after the invasion of Ukraine, it is a project that will take years and was not designed for the current crisis, but for a transition to renewable energies.

Named “H2Med” or “BarMar” (a contraction of Barcelona and Marseille), the undersea conduit will transport green hydrogen —obtained from renewable electricity.

The energy ministers of the three countries will accompany the leaders in Alicante “to present the first conclusions on the viability of the infrastructure, its financing and pre-planning”, said French presidency sources.

Announced on October 20 during a European summit, H2Med will replace MidCat, a project launched in 2003 to connect the French and Spanish gas networks across the Pyrenees, but which was abandoned due to lack of economic attractiveness and resistance from environmental groups and from Paris.

Initially, it would serve Spain and Portugal to export gas to Germany and Central Europe, given their large regasification capacities —40% of the European Union—, but finally it will only be used to transport green hydrogen, something that will facilitate European financing, according to sources at the Spanish government.

“Converting the Iberian Peninsula into a power exporter of renewable energy is something worth working for”, commented Sánchez at the end of November, when he took over the leadership of the Socialist International.

Spain and Portugal want to be world references in green hydrogen, thanks to their numerous wind and photovoltaic parks.

The meeting of Macron, Sánchez and Costa in the Spanish coastal city will precede a summit of the so-called EuroMed 9 group, which brings together the European countries of the Mediterranean coast, also formed by Croatia, Cyprus, Greece, Italy, Malta and Slovenia.

On the occasion, Sánchez is expected to hold a bilateral meeting with the Italian Prime Minister Georgia Meloni, but at this moment, according to French sources, there is no scheduled meeting between the far-right leader and Macron, with whom he had a strong diplomatic clash due to the refusal of Italy to accept some refugees rescued at sea.

The summit was supposed to have been held in September, but it was postponed because Sánchez contracted Covid.