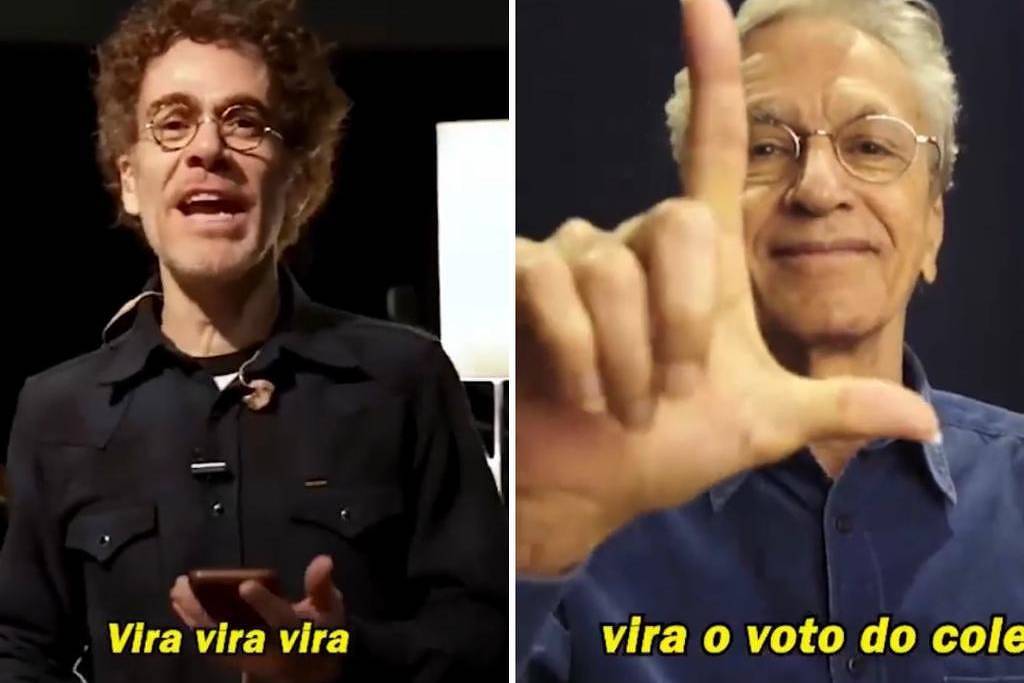 Music and drama stars appear on video for a social media campaign that urges people to substitute their vote for Jair Bolsonaro and transfer it to Lula in the October 2 presidential election.

With a chorus that says “turns into votes, turns into turns into turns,” the artists change a handgun sign, a reference to Bolsonaro, to an “L” for Lula. In the lyrics there is an excerpt that says that each vote turned is for “resistance and hope”. “Look to the future, take a pencil and take the child’s gun,” says another part.

The singers Caetano Veloso, Gal Costa, Arnaldo Antunes and Mart’nália and the actors Alinne Moraes, Cláudia Abreu, Zezé Polessa and Bruno Garcia are some of the famous ones that can be seen on the viral.

A group of artists with actors Bruno Gagliasso and Wagner Moura, in addition to singers Lenine and Zélia Duncan, had already met to produce a song against the candidacy of President Jair Bolsonaro, from the Liberal Party, for reelection. The clip, called “Hymn to the Nameless”, was released on YouTube on Saturday (17). The composition is by Carlos Rennó, and the melody by Chico Brown and Pedro Luís. The montage has 13 minutes and was recorded between July and August in São Paulo and Rio de Janeiro.

The election campaign remains hot among artists. Many people have already declared who their vote at the polls will go to. In favor of Lula are also names like Juliette, Bianca Andrade and former player Raí.

In favor of Bolsonaro are actor Malvino Salvador, who came out in defense of the reelection candidate by participating in the podcast “Cara a Tapa”, singers Zezé di Camargo, Sérgio Reis, Gusttavo Lima e Latino and actor Thiago Gagliasso.

Facebook
Twitter
Pinterest
WhatsApp
Previous article
Panel SA: Sales of medicine for cold and flu symptoms soared this year
Next article
Mitsotakis comments on Erdogan: Incidents of misinformation by the international community at the expense of our country