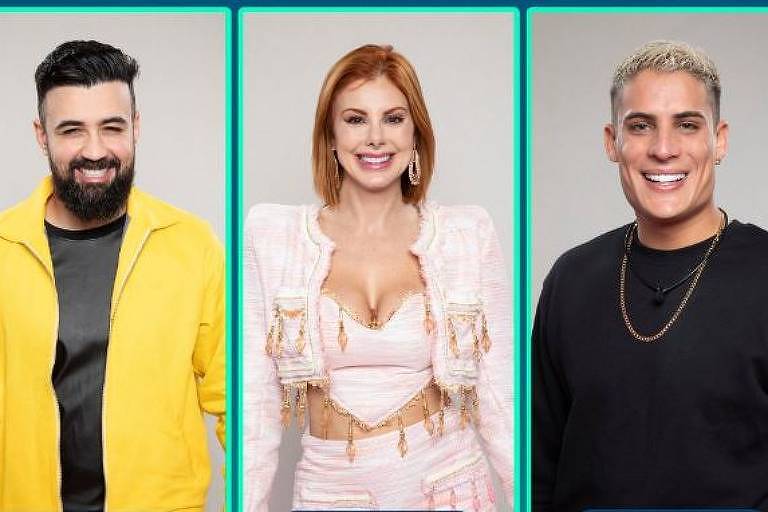 Fazenda 14: Tiago, Deborah and Bruno are in the fields; vote in the poll

Shayan Haghbin is the second farmer this season of The Farm 14 (Record). She defeated Deborah Albuquerque and Bruno Tálamo in the Farmer’s Race, on Wednesday night (21). The two pawns now face Tiago Ramos in the hot seat, who did not participate in the race after being vetoed by Shayan.

The test demanded agility, attention, aim and concentration from the pawns. Shayan completed the challenge first and became the new farmer of the week. The pawn vibrated with victory: “Thank God”, he shouted at the end of the race.

Before the start of the dispute, presenter Adriane Galisteu explained how the race works. She said they had to ride horses, set up a stable, lasso stuffed cows and keep them in a playpen. After completing ten lassoed cows, the pawn had to ring the bell ending the race.

Shayan led the race from start to finish and was the first pawn to ring the bell to become champion. Deborah was in second place and Bruno in last.

At the headquarters, Kerline, Tati, Alex, Pelé, Strawberry Shortcake and Bárbara were the first workers to greet the new farmer. Deolane sat on the couch and clapped her hands. Tiago, who had argued with Shayan, left the room looking unfriendly.

Farmer Lucas passed the week’s lead to Shayan and breathed a sigh of relief that Deborah, his nomination for the farm, did not return as a farmer.

Facebook
Twitter
Pinterest
WhatsApp
Previous article
Panel SA: Força Sindical says that tragedy in Itapecerica da Serra was avoidable
Next article
Mitsotakis to Bloomberg on Turkey: We will not tolerate any questioning of our sovereignty