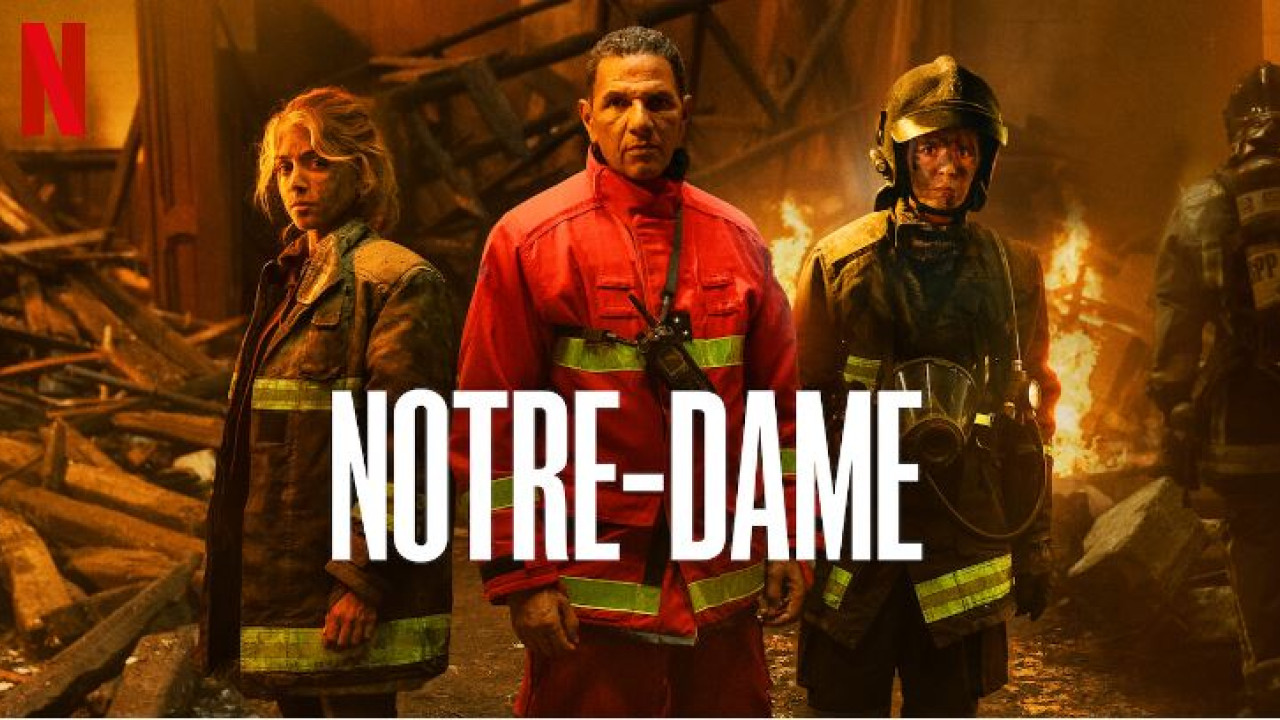 Notre Dame: A new series set against the background of the night that the iconic Notre Dame burned down is coming to Netflix – Watch the trailer

A few months before the global outbreak of the coronavirus, another event shocked and shook the world, when in April 2019 a fire broke out in Notre Dame. It caused a lot of serious damage and destroyed many historical relics inside the cathedral. However, there were also many people who risked their lives to save the temple from the fire.

A soon-to-be-retired firefighter returns for a few days on duty only to be called upon to save what he can that night. In the meantime we follow the story of another firefighter who recently saw a colleague die in the line of duty. She herself, however, feels quite ready to undertake service again and go to help with the Notre Dame fire. In addition to the firefighters, there is also a news presenter for whom covering the fire is the most important step in her career so far, while another woman watches the developments in the temple devastated.

Something unites all these people

The Notre Dame fire is simply the occasion for these people to have a shared history. But each of them separately goes through his own path and has to face his own demons. The series will of course focus on the fact that after many hours of fighting the flames, the firefighters managed to put out the fire without any casualties.

Even today, the causes for the outbreak of this fire have not become clear. As expected, the hypotheses surrounding this event are many. The series manages to present with equal doses of realism and drama the whole story that developed in those critical hours and to give a different dimension to the story.

The Notre Dame miniseries is expected to be released on Netflix on October 19.