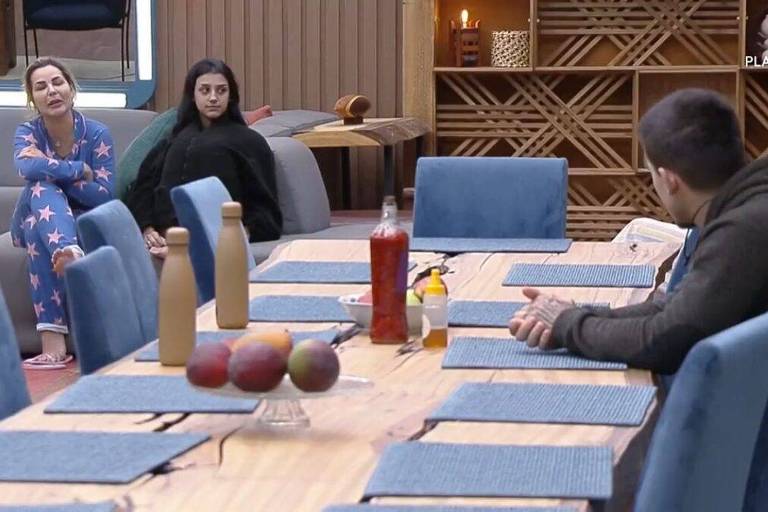 Fazenda 14: ‘You sold yourself for very little’, says Deolane to Thomaz

Deolane Bezerra and Thomaz Costa had an argument this Thursday afternoon (22), in “A Fazenda 14” and the two may have broken the duo’s alliance within a group led by the lawyer. The peoa did not like to see the confinement colleague close to two of her enemies within Recordr’s rural reality: Deborah Albuquerque and Shayan. She ended up demanding a position from the actor.

“What’s up, Thomaz Costa, friend of Deborah? You sold yourself for very little”, said the lawyer to Thomaz, who was in the room and took a while to understand the situation. “Did you sell it?”, asked the actor and Deolane continued teasing: “For Deborah. For very little. For her to help you. If selling is not just for money. : “Just to help you take care of the horse. And now you keep talking well about her because she helped you”.

Larissa Manoela’s ex-boyfriend was irritated by the charge and asked if he was obliged not to talk to Deborah. “Each one does what he wants in here. You, I already identified a few days ago… You create a business and then you ‘jump’, to be okay. It’s normal, it’s everyone’s game. When you have a chance to talk of someone, to unmask, you are the first to keep quiet. My fights were me [a responsável]. I hit the chest. I just don’t run away later”, mocked MC Kevin’s widow.

Thomaz then confronted Deolane if he had ever talked about Deborah. The participant admitted that Lucas was responsible for passing on the story. “But, I heard about Shay’s fight, which was serious, and you [ficou] closing with us, wanting to set up a group, and then: ‘Oh, Shay is cool'”, justified Deolane, irritating the actor even more, who decided to leave the room. Deolane Bezerra also sent it to Pétala Barreiros and Bia Miranda, who is not a person to put their hands on anyone’s head.