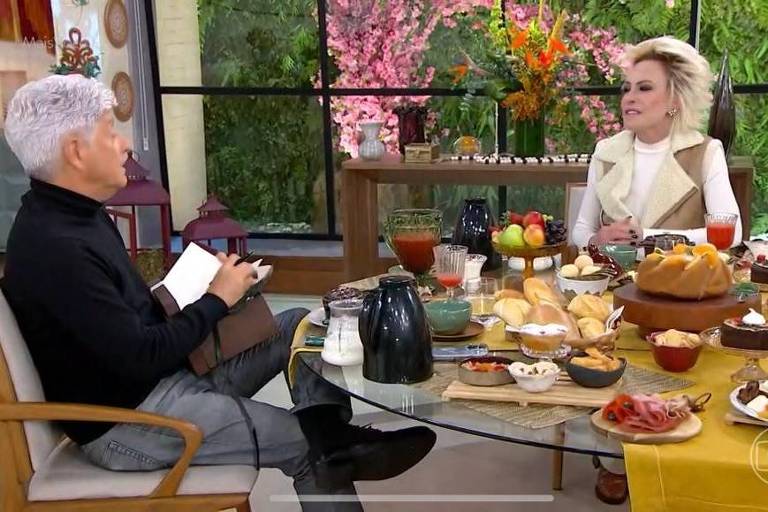 Caco Barcellos regrets the end of his relationship on TV because of his mistake: ‘Heart hurt’

Discreet, journalist Caco Barcellos, 72, ended up opening up to Ana Maria Braga on Mais Você (Globo). He said that he recently lost his girlfriend due to his mistake and indicated that the excess of work weighed on the distance.

It all happened after Ana Maria showed images of him with a prosecutor who, until recently, was dating him. “I met her in a situation after the loss of two children due to medical error and we fell in love,” she began, before revealing that they are no longer together by decision.

“She had a lot of importance in my life. Because I am dedicated to work, we discard affective relationships. It’s a pity that we are now apart due to my mistake, but I have hope. At this moment, my heart is hurting”, he declared.

According to the reporter, Carla is a great love. Ana Maria sympathized with Caco and wanted her to consider having a relationship with the journalist again. The presenter presented him with an agenda, and Caco said he would write a love letter.

On social networks, there were many affectionate messages to the reporter after the declaration of love on national television. “In addition to being one of the best journalists in the world, Caco Barcellos is the last romantic, he broke me too much”, posted a follower.

Facebook
Twitter
Pinterest
WhatsApp
Previous article
Twitter offices are closing for security reasons – When they reopen, the laid off cards will not work
Next article
Biden exchanges barbs with Iran’s leader on Islamic Revolution holiday