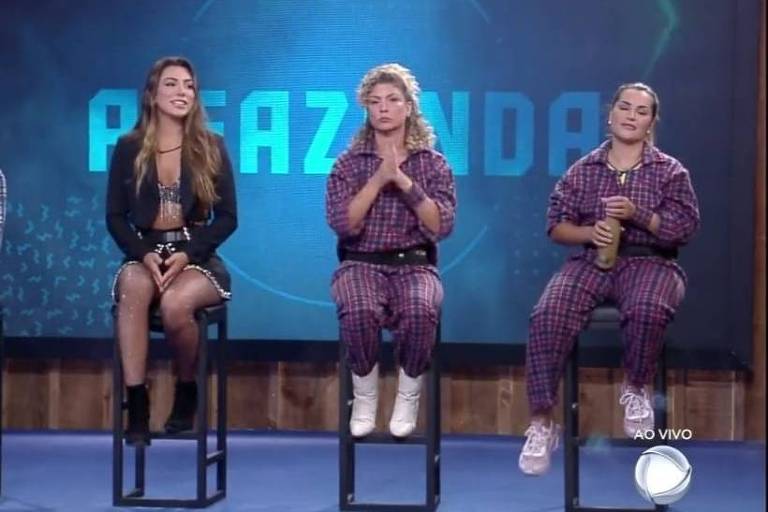 Pétala Barreiros, Bárbara Borges and Deolane Bezerra compete this week for this season’s fake farm A Fazenda 14. The two least voted return to the headquarters of the farm.

Pelé Milflows won the Farmer’s Test of the week and, in addition to immunity, will be able to indicate the next hot seat in the final stretch of the game. He won a test that required agility and skill when going through a cat bed and rescuing five stuffed animals.

The peon entered the house singing the song “Prometida”, by the group Br’oz, which the peon André Marinho was part of. “Yes, yes, yes / This love is so deep / You are my betrothed, I’m going to shout it out to the whole world”, sang the pawn while hugging his ally André. “You have to respect it,” said Pelé.

After the false elimination, the most voted farmhand will receive two guests at the ranch, on Friday (2). They will have the chance to talk a lot about the game, enjoy food and see pictures of the headquarters, but on their return home they cannot tell the other participants anything.

In case the guests say that the garden is fake, the program’s production opens a new garden for the three to compete to stay on the farm. On Saturday (3), the farmhand eliminated in the false swidden returns to the farm’s headquarters bringing a turnaround in the game.

Pelé Milflows was directly nominated for the farm by farmer Bia Miranda, who justified that he keeps asking to go to the spotlight to guarantee the farmer’s hat. Pétala Barreiros occupied the second bench with five votes and in the counter-coup he pulled Bárbara Borges.

Deolane was left in the dynamics of the remaining one and was the fourth pawn to go to the hot seat. She could veto one of the pawns in the Farmer’s Test and chose Pelé. But the power of the red flame changed the game and Iran exchanged the vetoed pawn for Pétala, who will not be able to compete for the farmer’s hat.