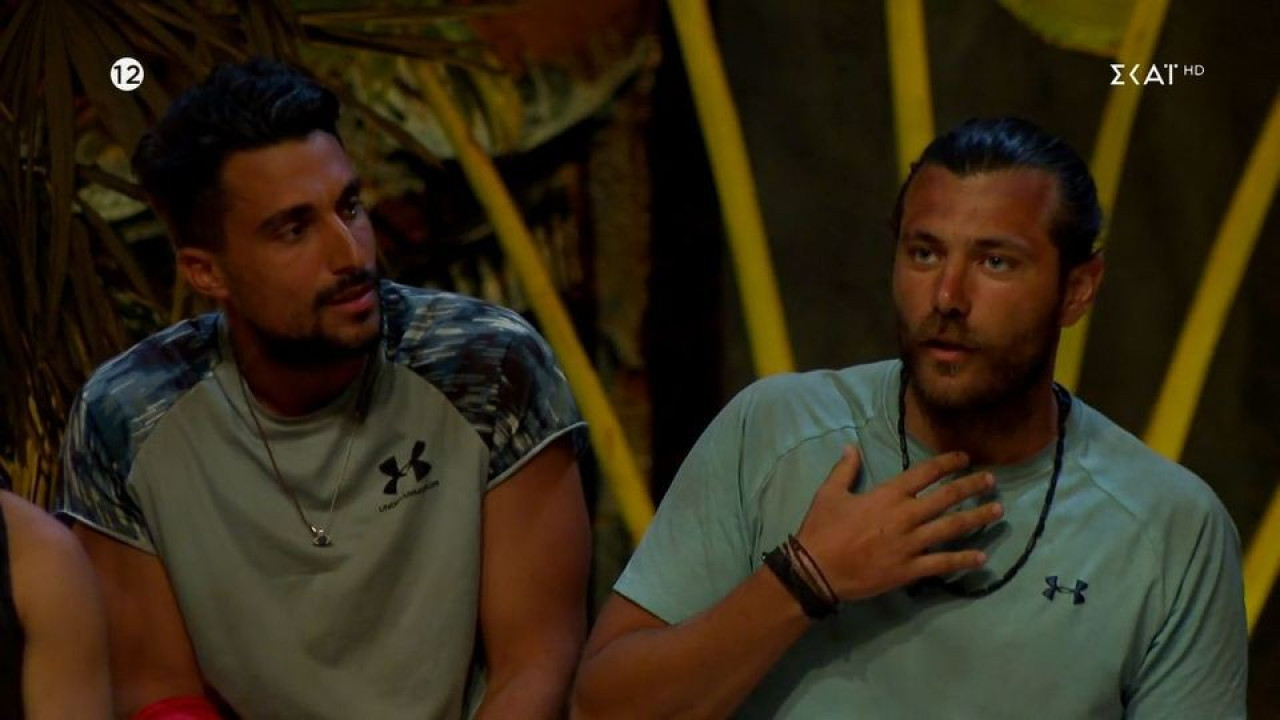 The candidacy of Takis Karagounias continued to preoccupy the two teams, with him having another episode with Giorgos Asimakopoulos

With the Blues taking the win in the second immunity match, the Monday, January 23 episode of Survivor All Star concluded. This time, it was the Reds’ turn to go to the polls, with Spyros Martikas the second candidate to leave, on a day full of tensions.

The “knives” came out early on and stayed out throughout the episode. The candidacy of Takis Karagounias continued to preoccupy the two groups, with him having another episode with Giorgos Asimakopoulos.

However, the Karolina-Mario case was once again the primary issue, with Asimina setting new standards. Carolina repositioned herself, characteristically saying that “you can’t put limits on love.” On the same wavelength is Marios, who considers that Asimina’s motivation is her personal promotion.

The atmosphere of tension went to the side for a while, with the two teams competing in a prize match. The beloved “paluki” returned and two crepes awaited each player from the winning team. It was the Reds who celebrated in the final, with Spyros Martikas getting the winning point, taking power from… Briseida.

Both teams appeared determined to win the immunity match, as the stakes were high. The “knives” came out again, with Karolina telling Asimina that she doesn’t want to interfere in her personal life.

In the Survivor game, the Blues started strong and despite the Reds’ counterattack, they managed to take the victory 10-8.

Regardless of the outcome of the immunity match, it was certain that the council would become a new battleground. As it happened. Saki’s relationship with Marialena was the most important topic of discussion, on which the players of the two teams clashed strongly. Nikos Bartzis gave… an acting Oscar to Sakis, while Spyros Martikas spoke of hypocrisy. Marialena strongly defended Sakis, considering that the reason for the attack of the Reds is his good competitive performance.

After losing the second immunity match, the Reds were asked to vote. With six votes it was Spyros Martikas who emerged as the second candidate to leave, with the opposite team being surprised and him respecting the decision, despite the fact that it is not consistent with the statistics.