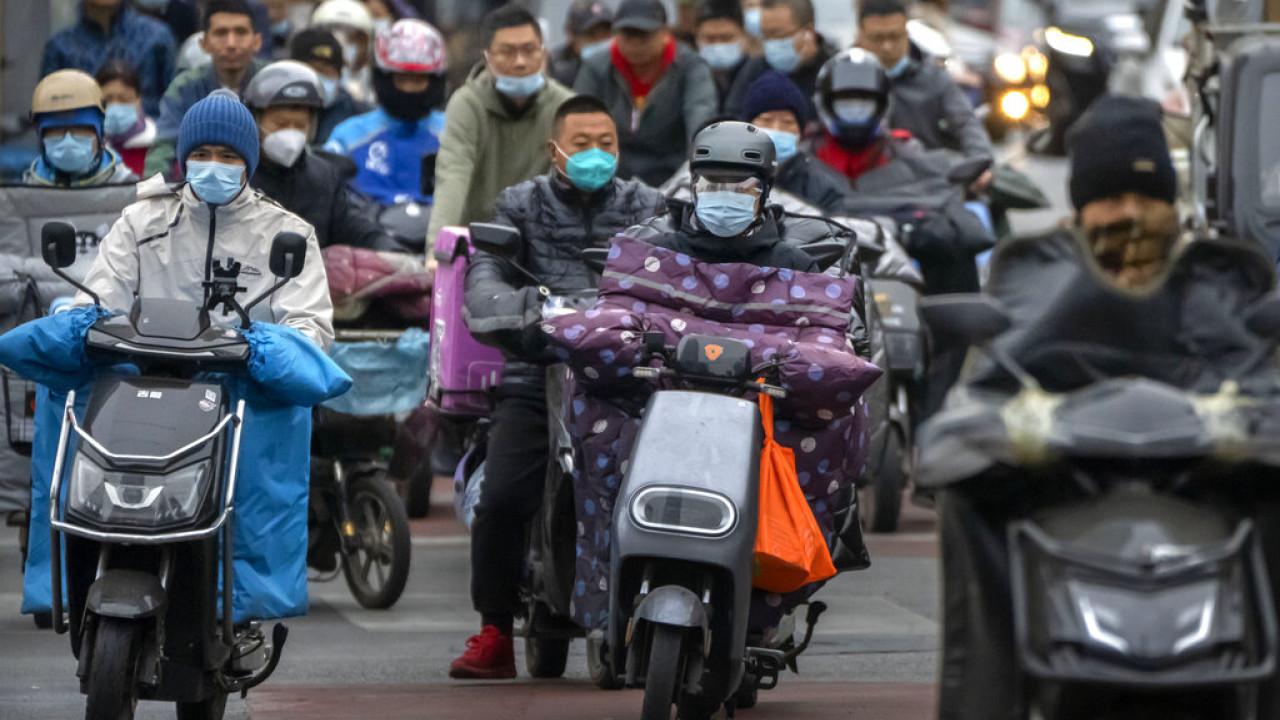 The function of the drug under research in the laboratory, the “problems” of the pharmaceutical companies and the solution for remote societies that do not have an adequate health system

Many times the motivation for an important discovery is based in our personal life, usually in a drama. The researcher is looking for a cure for cancer to cure a loved one, the doctor is looking for new treatments because the old ones were not able to save someone of his own. THE Anne Moscona she wanted to feel safe when meeting her immunocompromised relatives without inadvertently transmitting the new coronavirus to them. All of this made her work personal: For the past decade, Moscona, a molecular virologist, has been chasing compounds that could stop viruses in their tracks, before the pathogens even infect a single cell in a person’s body.

Now Moscona, at Columbia University, New York, and her colleagues have turned to a compound that can destroy SARS-CoV-2. Even better, it’s just a nose spray — no needle required.

The spritz developed by the Moscona team is one of the proposed nasal sprays to prevent SARS-CoV-2 infection. The sprays would be fast-acting and applied frequently, perhaps once or twice a day, to the site where the virus first took hold – the nasal lining and throat. Unlike vaccines, which train the recipient’s immune system to create long-term protection, the sprays are short-lived compounds that would immediately block the virus’ ability to enter cells. Many research groups have shown that such sprays are effective in preventing infection by SARS-CoV-2 in animals.

“If effective in humans, these compounds would be a welcome addition to the limited arsenal that antiviral researchers have developed,” says Donna Farber, an immunologist at Columbia University in New York. Vaccines protect against severe COVID-19, but are less adept at preventing infection, and current antiviral drugs treat infection rather than prevent it. The sprays could offer people another way to avoid infection in addition to — or instead of — wearing a face mask, especially in high-risk environments such as hospitals and restaurants. “They’re definitely worth pursuing in a big way,” he says.

Despite their promise, these sprays have a long way to go: Funding and interest from drug companies in human trials is limited, in part because trials to determine effectiveness are long and expensive, Moscona says. And the sprays must accomplish the difficult task of coating any surface to which a virus can attach, because once virus particles enter even a few cells, a full-scale infection can quickly progress.

The drive to develop prophylactic treatments against viruses long predates COVID-19, says Wendy Barclay, a virologist at Imperial College London. Such research has paid off with a number of oral drugs, including oseltamivir (Tamiflu), which protects against influenza infection, and tenofovir-emtricitabine, which prevents HIV infection. But, Barclay says, there are no prophylactic nasal sprays other than First Defence, which is designed to act as a natural barrier against common cold virus particles.

Prophylactic sprays have a simpler job than conventional antivirals, such as Paxlovid, used in the early days of an infection: preventing a single virus particle from infecting a cell is “much easier than neutralizing the effects of millions of virus particles.” days after infection, Barclay says.

Researchers have tested several types of compounds in nasal sprays to prevent SARS-CoV-2 infection. Among them are small antibody-like molecules called nanobodies, which disarm the virus by nesting in the nooks and crannies of the virus’s proteins. small chains of amino acids called peptides. and small molecules that mimic proteins.

The prophylactic spray developed by Moscona and her colleagues, for example, is a peptide that hooks the virus’s machinery for fusion with a host cell. This prevents the virus from transferring its genetic cargo into the cell, thus preventing infection.

To test their peptide, Moscona and her colleagues administered it to the noses of ferrets once a day for two days and pooled the treated animals with another ferret infected with SARS-CoV-2. None of the six ferrets given the peptide became infected with the virus, while all six ferrets given a placebo dose1. Before testing the peptide in humans, Moscona wants to replicate these results in another animal model, such as mice.

Another nasal spray compound, developed by Richard Leduc, a molecular pharmacologist at the University of Sherbrooke in Canada, and colleagues is a small molecule that inhibits a host enzyme required by virus particles to fuse with a target cell. Leduc and colleagues found that mice given nasal doses of the compound became infected with the coronavirus, but had far less virus in their lungs than mice given only saline2. Leduc and his colleagues are working to increase the peptide’s effectiveness by making it more stable and selective before testing it in humans. Both Leduc and Moscona work with companies to bring their products to market.

The cause of catarrh

Even if researchers find an antiviral compound that can be given as a nasal spray and prevent coronavirus infections in humans, they still face the challenge of making sure the compound stays in the nasal lining long enough to be consistently effective. “Your nose and throat are inherently designed to get rid of things,” says Barclay. “You try to put something in there and your nose runs and washes it out.”

Researchers could address this by designing the sprays to be repeated more often, but Barclay warns that the more often they have to take a drug, the less likely they are to stick to the regimen.

Still, such a spray would be a major advance, especially in places where few people wear face masks, Barclay says. “If we had something that was invisible and you managed it yourself and it gave you the confidence to keep going, I think it would be a real game changer,” he says. “We could keep the kids in school.”

Facebook
Twitter
Pinterest
WhatsApp
Previous article
Meta shareholders show anger over Zuckerberg’s high spending
Next article
Celik is out of bounds: He accuses Athens and Frontex of crimes in the Aegean – He compared Greece to the Islamic State