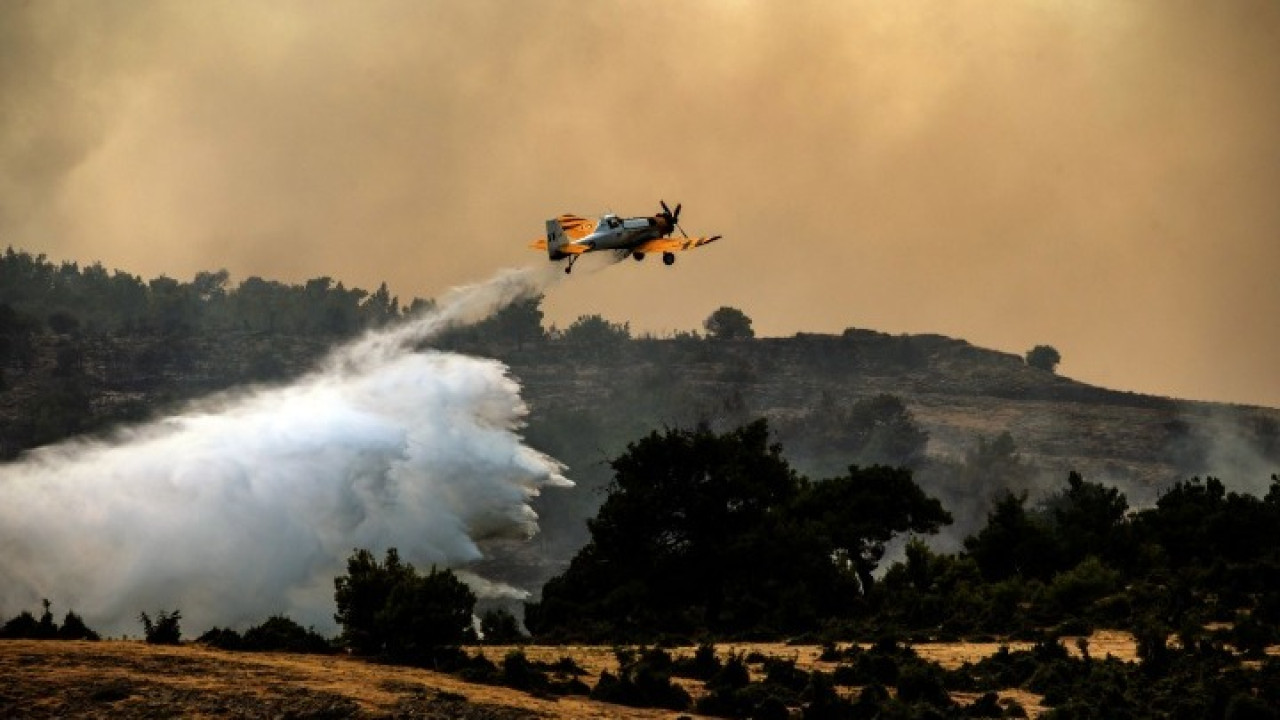 The latest reports on the fires in Asteras Vouliagmenis and Nea Peramos.

Every day is the battle of the Fire Brigade and the entire state apparatus with the occurrence of fires and in the last 24 hours there were 40 fire fronts throughout the country.

According to the information provided by the Fire Department, most of them were dealt with immediately, at their initial stage, while the local investigative offices, as well as the Divisions of the Arson Crimes Directorate (D.A.E.E.), are investigating the causes of their occurrence.

The fire that broke out on Friday afternoon in storage areas with wood and building materials and spread to low vegetation was brought under partial control in Asteras Vouliagmenis .

15 firefighters with 6 vehicles rushed to the scene.

#Fire in low vegetation at Asteras Vouliagmenis. They undertake 15 #firefighters with 6 vehicles. Subscription by volunteers #firefighters.

At the same time, a fire broke out in a grassy area in the Zitsa area of ​​Ioannina.

Ground and air forces were mobilized to extinguish it.

The fire that broke out this morning in a forest area at the 31st kilometer of the Athens – Corinth National Road, upstream of Corinth, at the height of Loutropyrgos, is contained. At 11:35 a message was issued by 112 for an organized preventive evacuation of the residents of Ano Vlychada in a safe direction. With the coordinated efforts of all forces, the fire did not threaten the settlement. 82 firefighters with four (4) teams of walking departments and 21 vehicles continue to operate. Four (4) aircraft and six (6) helicopters were allocated and operated for aerial firefighting, of which one (1) helicopter was for aerial coordination.

At 11:18, during the firefighting operation, one (1) Air Tractor type aircraft, leased by the Fire Service through NSPA, became aground in the sea area north of Salamis. The two (2) occupants emerged unharmed, were picked up by private boats, taken ashore and then transported by EKAV ambulance to the General Hospital of Nice “Agios Panteleimon”.

Volunteer firefighters, forces of the Forestry Service, forces of the Hellenic Police, vessels of the Coast Guard, the D.E.D.D.H.E., as well as water carriers of the Local Self-Government assisted in the extinguishing operation.

Local investigative offices, as well as Divisions of the Directorate for Combating Arson Crimes (D.A.E.E.) are investigating the causes of the fires.

It is recalled that, according to the Fire Risk Prediction Map issued by the General Secretariat of Civil Protection of the Ministry of Climate Crisis & Civil Protection (www.civilprotection.gr), for tomorrow Saturday 06 August 2022, a very high risk of fire (risk category 4) is predicted for the following areas:

The personnel of the Fire Services of the above Regional Units remain on partial alert, in order to deal with the increased service demands, which may arise due to a very high risk of fire (risk category 4).

In direct cooperation with the General Secretariat of Civil Protection, all the competent government agencies involved, as well as the Regions and Municipalities of the above areas, have been informed, so that they are on increased readiness to take measures within their competence.

An appeal is addressed to fellow citizens:

For more information and self-protection instructions from the dangers of forest fires, citizens can visit the website of the General Secretariat of Civil Protection at www.civilprotection.gr.

Finally, the authorities ask all citizens to be especially careful and in the event of a fire, for their own safety, to faithfully follow the instructions of the competent authorities.