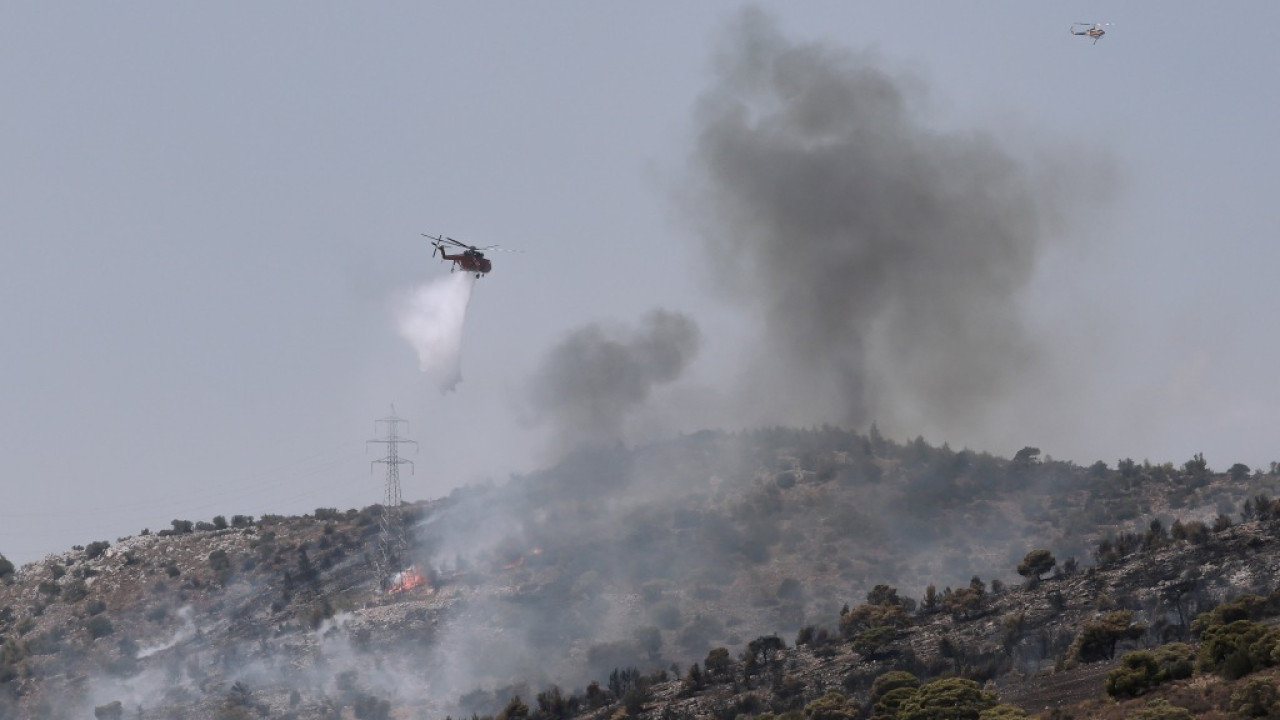 Battle the flames on multiple fronts. The firefighting forces are being reinforced in Thassos. New fire in Korydallos. The image on the fronts of Messinia and Fthiotida

Difficult day today for the fire department as well, as it fights in multiple fronts to bring under control fires that have broken out in Thassos, Messinia and Korydalo.

At Thassos the fire has been burning since yesterday in a dense forest in the area of ​​Skala Potamia. In the morning, an evacuation order was given by 112 for Koinira, for precautionary reasons.

The aerial and ground firefighting forces have been strengthened. At this time, 185 firefighters with 15 groups of pedestrian units and 38 vehicles are operating on the island. Eight aircraft and six helicopters periodically operate from gas, of which one helicopter is for aerial coordination.

It is important that there are no strong winds on the island from this morning until this time, so the work of the firefighting forces is facilitated.

THE president of the Union of Fire Brigade Officers, Kostas Tsigasemphasized to SKAI that at the moment the weather is an ally of the firefighting efforts and the fire is stagnant.

Optimistic that the fire will be brought under control within the day, he also appeared Deputy Mayor of Thasos Stratos Pyrinas.

Best image on the front in Paniperi Messinia

A better picture shows the fiery front at Messinia, in Paniperi in the Chandrinos area, in an inaccessible agroforestry area. They operate 18 firefighters with 5 vehicles, a group of hikers, 2 aircraft and two helicopters.

They operate 40 firefighters and 12 vehicles, 2 pedestrian units, 2 aircraft and 2 helicopters.

The fire was also confined to Korydallos

The new fire that broke out in A nightingale on Stathopoulou Street, near Mount Aigaleo. The fire is burning in low vegetation, while the fire brigade was immediately mobilized.

36 firefighters with 11 vehicles, a pedestrian section and a helicopter from the air are operating at the scene.

The fire in Fthiotida is under partial control

A fire that broke out in the morning in Karya Fthiotida was brought under partial control.

According to information from the Fire Department in the last 24 hours, until 7 in the morning, 130 fires broke out across the territory.

Facebook
Twitter
Pinterest
WhatsApp
Previous articleStudy Challenges Value of Antidepressants – What It Has Shown About Depression’s Link to Serotonin
Next articleLamia: A minor sent a message to “Smile of the Child” and threatened to kill herself