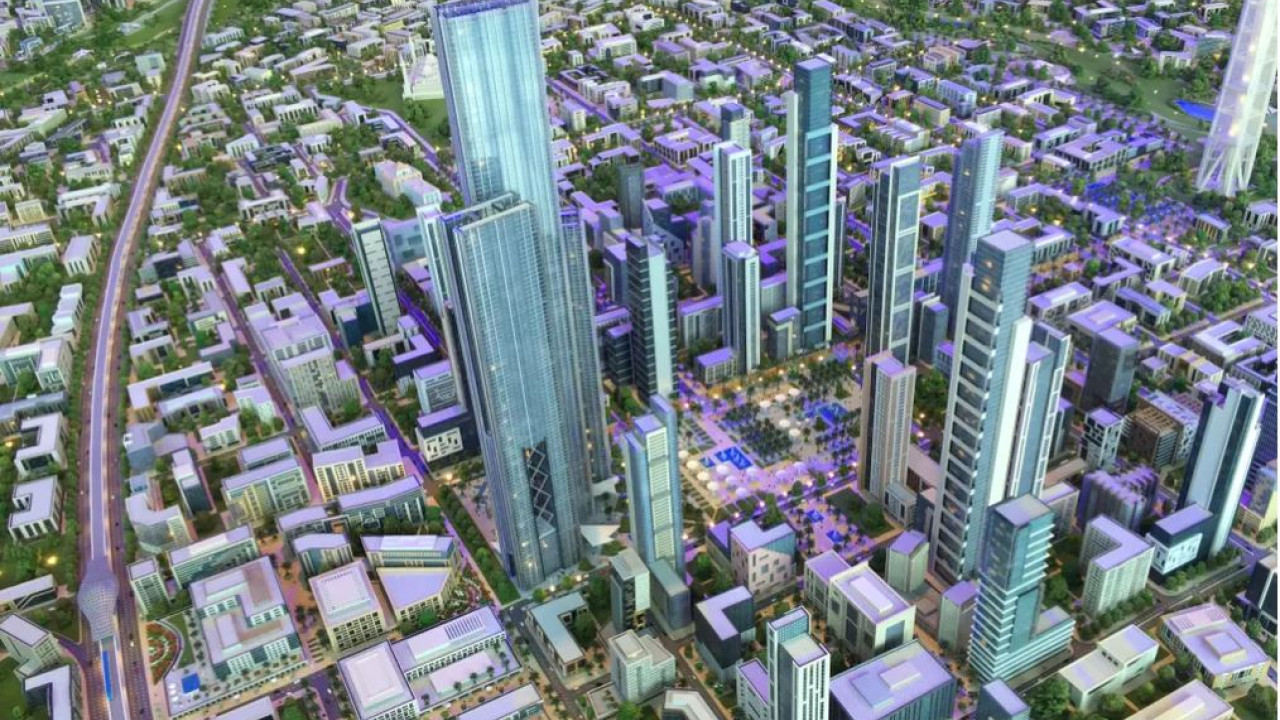 Egypt: A new capital is emerging in the desert – Watch video

It will be, they say, the “pride” of Egypt, close to Cairo, but far from the problems of the current capital

Construction work continues and will continue, at least until the end of 2022. Next year, if all goes well, the Egyptian government is expected to “move” from Cairo, the giant city of 20 million, to the country’s emerging new capital, a futuristic residential complex, at least according to the architectural plans, which bears the unnecessary name “New Administrative Capital”. The new Parliament House has already been completed, as well as the buildings that will house the ministries, as well as residential areas for the government officials.

Enthusiasm from the young Egyptian architect, Hani Mohammed: “It will be a beacon for the whole of Egypt, everyone will want to come to this city, even for one day…”, he says characteristically. Tens of thousands of workers are employed every day at Egypt’s largest construction site. In about twenty skyscrapers, the skeleton of the building has already been completed.

“As if you are not in Egypt”

The most imposing building in the city will be the Iconic Tower, 385 meters high, the tallest building on the African continent. The building houses a five-star hotel, which from 2023 will receive its first guests, as well as luxury apartments, which will be sold at prices starting from 350,000 euros. From the top of the building, on the 78th floor, the developers promise a unique view of the landmarks of the New Administrative Capital: the Parliament, the luxurious central avenue of ministries, the new mosque, but also the Cathedral of the Nativity of Jesus, the largest in the Arab world. It will be the metropolis of the Coptic Church in the new capital.

“Anyone who lives in this city will feel as if they are not even in Egypt,” says young architect Hani Mohamed. However, he says – and hopes – that “all of Egypt will pass through here”. For now, however, the “New Administrative Capital” rather gives the image of a haunted city. There are no shops, no restaurants, the malls remain empty while dust from the desert begins to cover the imposing facades.

However, the first tenants have settled in the building complex named R3. Except the elevators aren’t working yet. And this is obviously not the only problem.

One of the tenants speaks of poor workmanship and uploads a related video with his comments on the Internet: “The sewage is running into the basement because the pipes are not well insulated,” he says. “When they water the garden, the water starts to erode the walls…” But what can one expect when corruption has spread everywhere, says the anonymous tenant…

Facebook
Twitter
Pinterest
WhatsApp
Previous article
Road race for would-be successors to Truss – Boris Johnson returns to London
Next article
Peloni in SKAI: A big step was taken for a ceiling on the price of natural gas