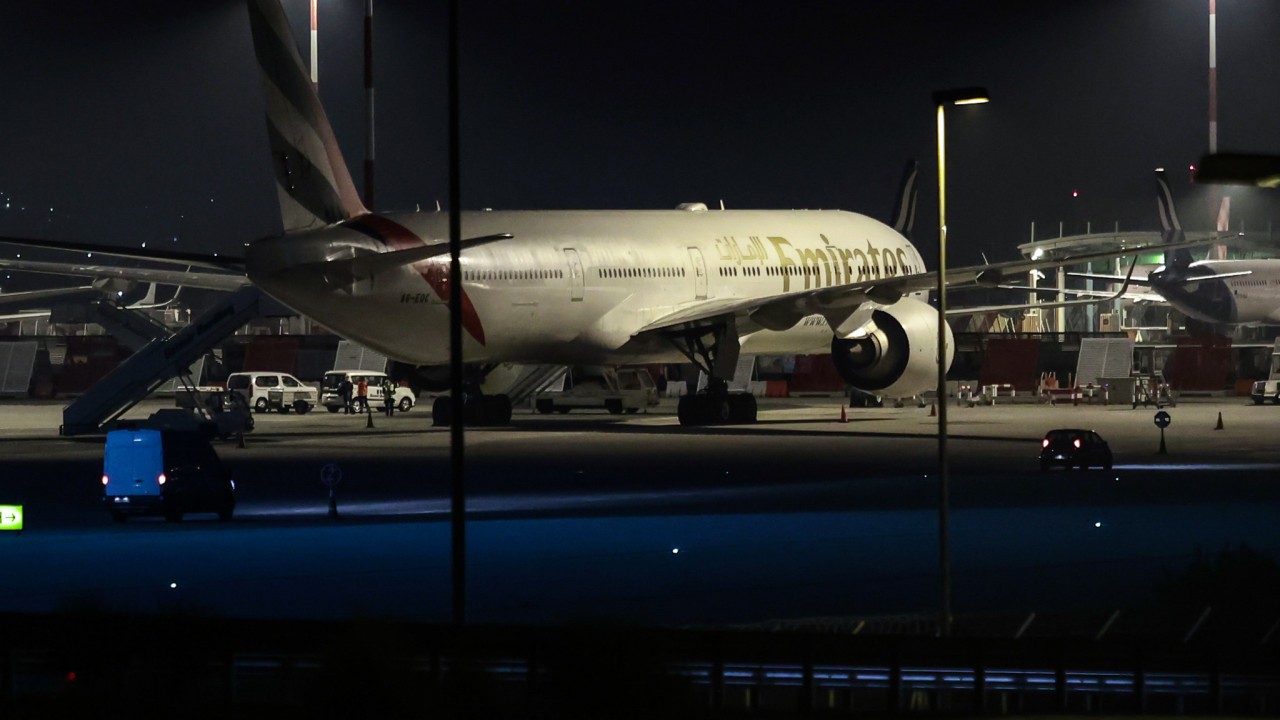 Thriller with Emirates flights to El. Venizelos – The terrorist threat, the investigations and the end of the alert

A tip from US intelligence that reached Greek authorities early Thursday afternoon was the beginning of the hours-long thriller centered on the Athens airport. and two Emirates flights to Dubai and New York: The first was grounded until due diligence was completed, the second was forced to return to Athens as neither Italy nor France allowed it to approach any of their airports, in light of the terrorist threat.

Flight EK209 to New York was over Italy when the information was received from the American authorities that was assessed as serious by the EYP and led to the implementation of a specific anti-terrorist protocol. Just before entering French airspace Paris banned entry. The choice was one-way: Return to the take-off airport, i.e. that of Athens.

The aircraft Boeing 777 type flew south of the Peloponnese and following a continuous course over the sea – and not populated areas – arrived at the airport of Spata accompanied, in fact, by two fighter jets, as foreseen in the event of a threat.

In the meantime, a full alert had been sounded at the airport with consequences for the execution of air routes. Its executives Anti-Terrorism and the EYP as well as other services of EL.AS. they went to the airport. The aircraft landed in Athens and thorough checks on both passengers and luggage followed.

The suspect, who is said to be of Arab or Turkish descent, has not been located. Initial information indicated that the suspect was planning a terrorist attack in the short term. However, the alert ended shortly before midnight when, in an official statement, the Greek police announced that no suspicious person or anything suspicious had been found.

The announcement of the Headquarters of EL.AS.

The Hellenic Police Headquarters announces that, in the context of investigating information, regarding the existence of a suspicious person on one of the two flights of a well-known company departing in the afternoon today (10-11-2022), from Athens International Airport “E-mail. Venizelos”, the order was given for the return of one flight and the non-departure of the other, following a decision of the Airport Security Committee.

Subsequently, a check was carried out on all the passengers, as well as on the aircraft, by Greek Police services, without locating the person to whom the information referred or anything else suspicious.