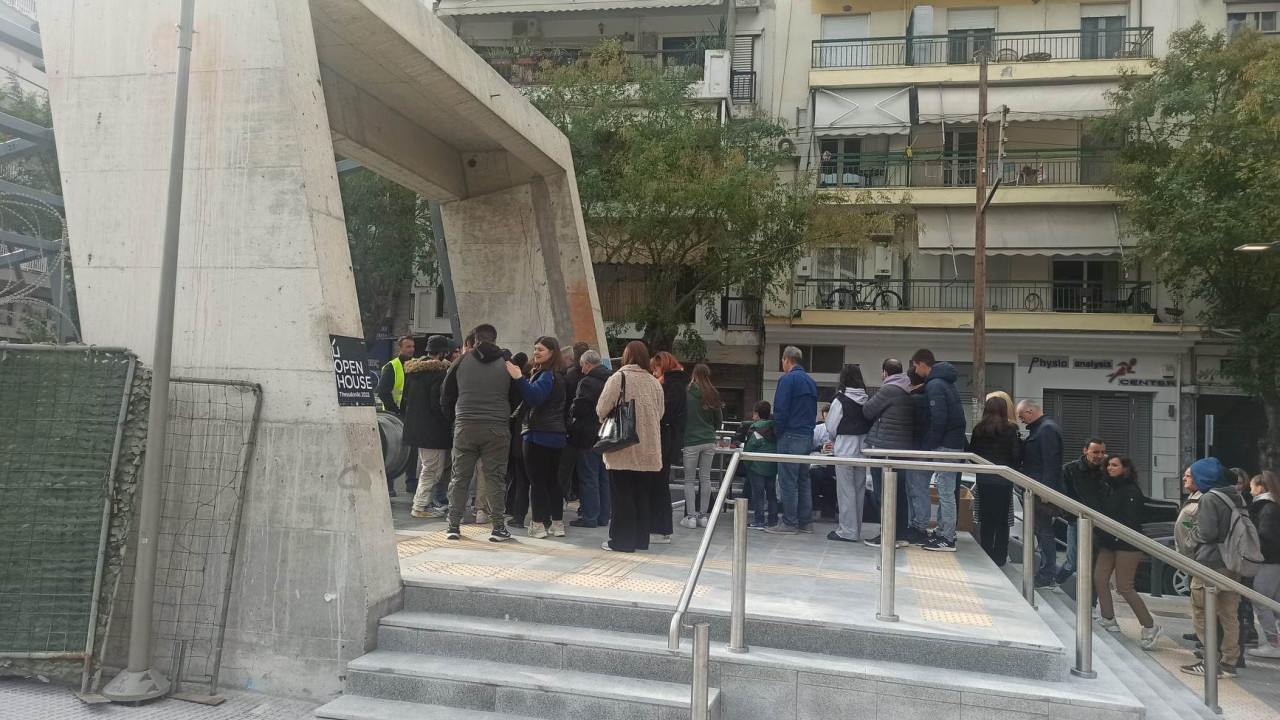 Yesterday, from approximately 10:00 to 15:00, 1,200 citizens were guided to the Metro station in Papafi, where they had the opportunity to board the train and take pictures of the space.

Hundreds of citizens in Thessaloniki joined the queue today in order to visit and take a guided tour of the facilities, both of the Metro station in Papafi and the Amaxostasi and the Metro Operation Control Center in Pylaia, which opened their gates to the public, in the context of Open House.

The Metro station in Papafi was designed by the architect Maria Maggiorou. Like all stations it has a central platform with doors that isolate it from the track area and open only when the train arrives. The trains are state-of-the-art, super-automatic, driverless and use a modern wireless signaling system to communicate with the Control Center.

The Metro station in Pylaia is located on an area of ​​50 acres and consists of two main building complexes designed by the architect Polyxeni Antoniou. These complexes house the train parking and maintenance facilities and the system’s Operation Control Center.

Open House is an international architectural institution that began in 1992 in London as a two-day free architectural tours held once a year. In Thessaloniki, it has been organized since 2012 by AMKE Open House Greece as a non-profit activity based on volunteering, sponsorships and donations. 66 buildings participate in the program of guided tours that have been taking place since yesterday.

Facebook
Twitter
Pinterest
WhatsApp
Previous article
Pyramid of Sougia: The most unknown and unsolved mystery of Crete
Next article
Tite defines team, but hides substitutes for Danilo and Neymar