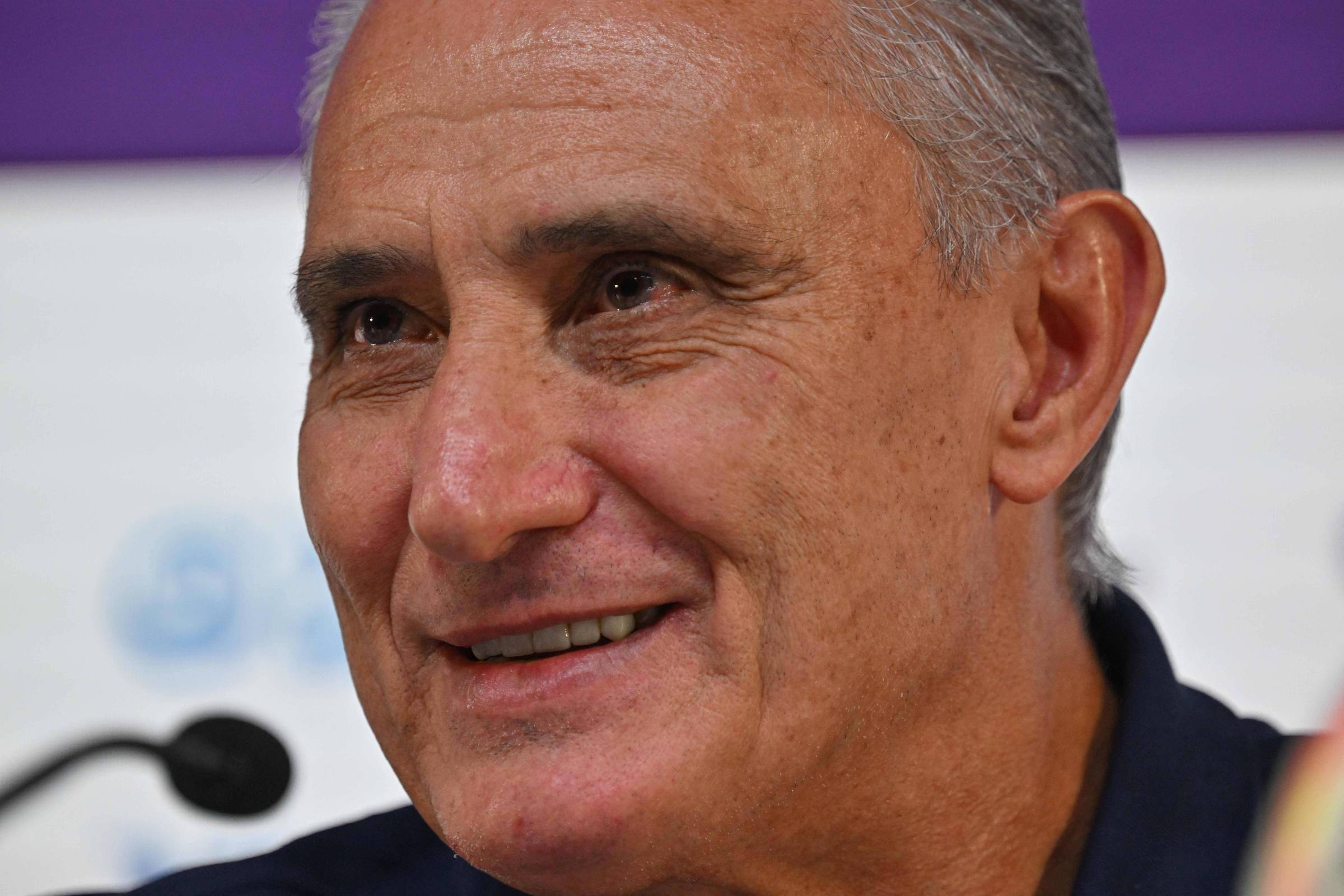 Ahead of the Brazilian national team, Tite did not usually hide his lineups. In the World Cup, however, his behavior has been different. This time, he preferred not to divulge those chosen for Neymar and Danilo, injured.

“The definition of the team has already been made, but I have the habit, from now on [risos]pass by the time of the game”, joked the coach this Sunday (27), the eve of the confrontation with Switzerland, for the second round of the group stage. The training, right after the interview, would be closed to the press.

Rodrygo is the most likely to inherit Neymar’s vacancy for being the one in the group with the most similar characteristics to those of the holder. The choice of a full-back is more complicated for the coach, as he has two different options: defender Éder Militão, who would be improvised in the position, and Daniel Alves, the oldest in the squad, aged 39.

“Militão has already played in that role, he has the characteristics for that, and Dani is a builder, apart from his technical and leadership quality. Moral of the story? I won’t say who will play”, said the captain.

The coach tried to maintain a relaxed atmosphere during the conversation with journalists. At one point, defender Marquinhos, who was beside him, answered a question in French and was “reprimanded” by the boss. “You didn’t say anything about our tactical behavior, did you?”

Tite’s tone, however, changed when he acknowledged that he made a mistake in handling Neymar and Danilo’s substitutions throughout Brazil’s debut in the World Cup, the 2-0 victory over Serbia, on Thursday (24).

Both were injured in the second half. The attacker had a sprained right ankle, while the full-back had the same problem, but on the left. In the case of the number 10, the technician said that it took him a while to realize that he was injured. With the defender, the problem was that the five allowed substitutions had already been made.

“With Danilo we made a mistake. I have to have one more replacement to do. If I have it, I do it. But public recognition remains in relation to the two”, he said.

The two athletes started treatment right after the match. According to defender Marquinhos, both are “24 hours a day in physiotherapy”. Tite, on the other hand, tried to demonstrate confidence that the two will play in the Cup.

The team’s doctors are running out of time to make the two fit to play, at least, from the round of 16 onwards. Before the knockout stage, Brazil will still face Cameroon, on Friday (2).