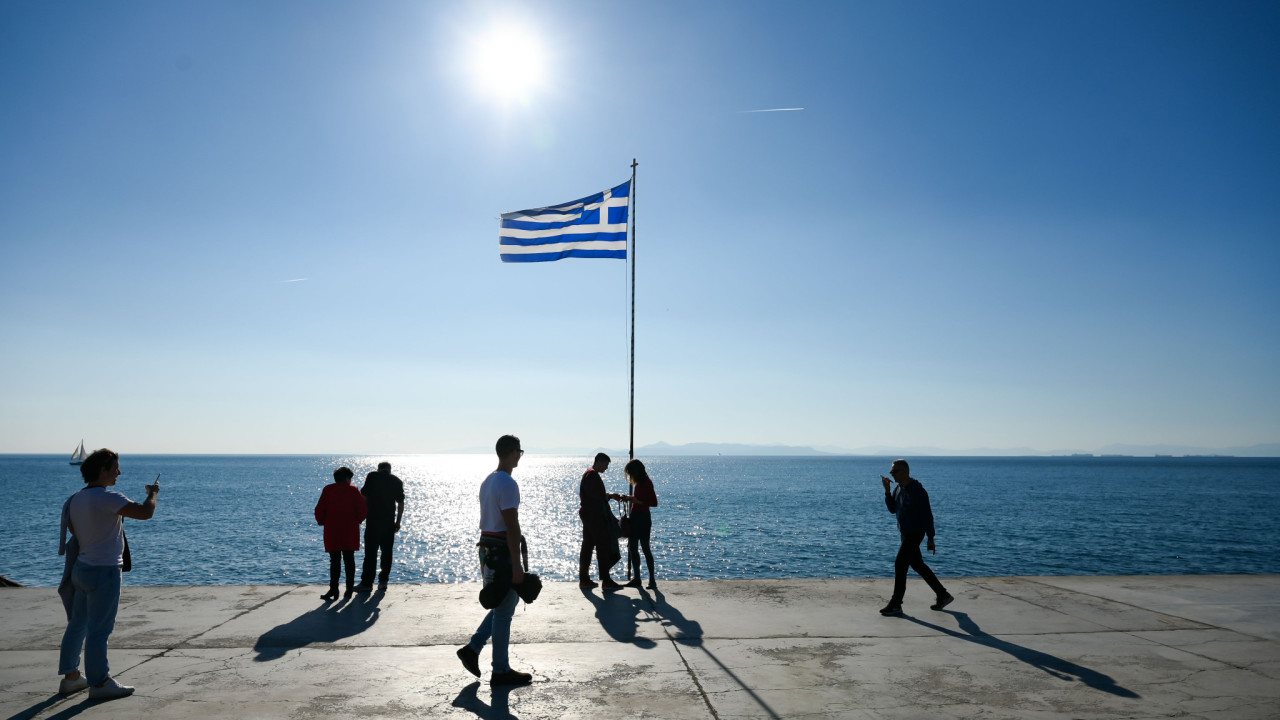 Epiphany forecast to be sunny and relatively warm – Heat invasion’s relationship to US polar temperatures – Drought concern. Only 1% snow cover in the territory, against 10% expected at this time

The hot invasion that started about a month ago will be extended and the summer -with temperatures on average 3 to 4 degrees higher than normal for the season – will be maintained until the end of next week, while the day of Theofanion predicted to be sunny and relatively warm.

“It seems that with short breaks of mild bad weather next week – the first 3 to 4 days of next week – and without significant phenomena, related to a large drop in temperature or snowfall, this summer will continue until the end of next week. We cannot predict with certainty more than two weeks. On Epiphany we will have very good weather, with sunshine – apart from the morning fogs – and relatively high temperatures for the season”, told APE-MPE the professor of Meteorology and Climatology and vice-rector of Finance of AUTH, Charalambos Feidas.

He explained that this weather phenomenon that “is observed throughout southern Europe and the Mediterranean and not only in our country and its characteristic is its long duration, which exceeds 30 days and this classifies it in a category of climate instability and not just a simple weather instability, a warm invasion of a few days”.

Regarding the interpretation of the phenomenon, Mr. Feidas clarified that “it seems to be due – in meteorological terms – to the displacement of the polar jet stream to the north” and added: “The polar jet stream determines the course of the weather systems above the our country and its shift to the north also implies the absence of bad weather systems over our region”.

Regarding the possibility of the summer being extended beyond the next two weeks, the professor replied that “we do not think that we will spend the next winter months without having the feeling of winter and when the climate instability comes to a recession we expect cold invasions and snow in the area, otherwise it will be a unique phenomenon if it continues throughout the winter.”

“The Relationship of Warm Intrusion to US Polar Temperatures”

Asked if the phenomena are manifested as a consequence of climate change, he replied that “the combination of the two phenomena is indicative of the instability of the climate that we have been experiencing for several years and which is strengthening year by year”, but “a key criterion to connect extreme phenomena of this kind of with climate change is the increase in their frequency of occurrence”, so “the more we observe such phenomena, the more they are related to climate change”.

“Drought concern. Only 1% snow cover in the territory, against 10% expected at such a time”

Regarding the effects of the phenomenon, he observed that “on the one hand, there is the positive aspect of reduced energy demand, but on the other hand, it creates the background for a drought in the coming year, as the largest water reserves come from the snowfalls”.

“During the Spring, when the snow cover disappears due to high temperatures, the water reserve is strengthened. If there is no snow, we will have a deficit in the water balance”, he noted and concluded: “Such a long period of warm invasion, lasting more than 30 days, has not been observed in recent decades. For more than 4-5 weeks the temperature has been on average 3 to 4 degrees above normal for the season and without snowfall. The snow cover in the territory does not even reach 1%, while in such a season it would be over 10%”.