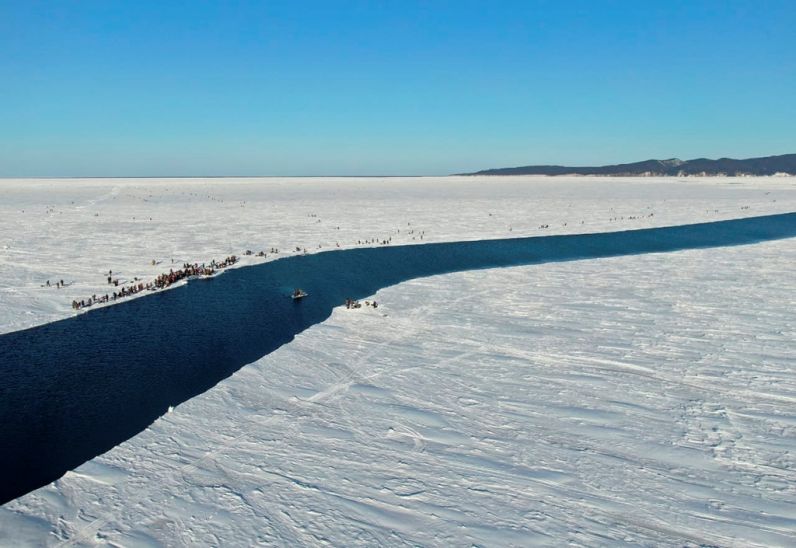 The Poles are melting – Siberia is burning

Nature does not expect when politicians will do something and when big economic interests may let them do it. The terrific “machine” of the earth’s atmosphere is already mobilizing, as a result of human activities since the beginning of the industrial age, quantities of energy equivalent to thousands of atomic bombs and now, with each passing year, it approaches the point of no return, probably at the end of the present decade, beyond which, many scientists claim, will become irreversible and therefore inevitable great catastrophes of the present natural environment, that is, the environment to which they correspond, from which they are shaped, to which they are adapted and in which they can survive the known life forms.

Already, last December, and while everywhere in the world the ice is melting with an ever-increasing speed, the temperature of Greenland was in areas 20 or 30 degrees above the usual for the season !!! Last year, the World Meteorological Organization (WMO) set a new Arctic record of 38 ° C in the Russian city of Verhayansk, north of the Arctic Circle in the Saha Republic, where huge fires broke out. But also in Antarctica we had a new high temperature record in 2020, at 18.3 ° C.

According to the increasingly accurate satellite data available to scientists today, it is estimated that between 1995 and 2017, approximately 28 trillion tons of ice melted across the globe.

Note that while the whole Earth is warming, the overheating is much more intense at the poles. The latest scientific simulations and “modeling” of the phenomenon by MIT and Harvard show that Antarctica (the South Pole) is rapidly approaching the point of no return, where it will no longer be possible to prevent the melting of its ice, if not taken immediately, now, very drastic measures to stop greenhouse gas emissions and reduce them to the limits of the Paris Agreement. We remind you that this agreement aims to limit the increase of the Earth’s temperature to 2 degrees Celsius and, if possible, to one and a half, in relation to the pre-industrial era. (Today it has only increased by half a degree and we are already seeing huge fires, heat waves, floods, tornadoes, droughts every other day, while millions of Africans are already affected by food shortages caused by climate change). But as we go, it is estimated that the temperature will rise by at least 3 degrees.

The same in the North of the Earth, in the Arctic zone. This year, a warm wind, the foehn, blew in Greenland in December, something extremely unusual, raising the temperature above zero (13 ° C in the capital Nuuk, where the average temperature is -5.3 ° C, while in Qaanaaq , in the north, reached 8 ° C, while it is usually -20 ° C). These anomalies have to do with a major anticyclone that has settled in the south of Greenland. From the west, it brings the warm air from Africa to the north, while from the east it brings down the cold Arctic air to Western Europe.

The proximity of the anticyclones to Greenland is an anomaly, but the anomaly has been repeated more frequently for several years and its effect is important for climate change, because these anticyclones are responsible for half of the increase in the melting rate of the island’s ice.

Last summer, a similar heat wave triggered a massive melting of Greenland’s frozen cap, with eight billion tonnes of water melting each day, causing great concern to scientists. On August 14, for the first time in history, rain was observed on the highest peak of the island where until now it was always snowing, surprising even the scientists who had not thought to place measuring devices there. Since 1982, Greenland’s surface temperature has risen by 2.7 degrees Celsius.

However, it is questionable why the major media in the world cover so little, compared to their importance, phenomena that can threaten even the existence of humanity. Is it really “the Lord curses what you want to lose”?

Facebook
Twitter
Pinterest
WhatsApp
Previous article
Crete: Trapped due to bad weather – Extensive operation of the authorities
Next article
The trial of the lawyer who denied the pandemic has been postponed because he has a coronavirus!