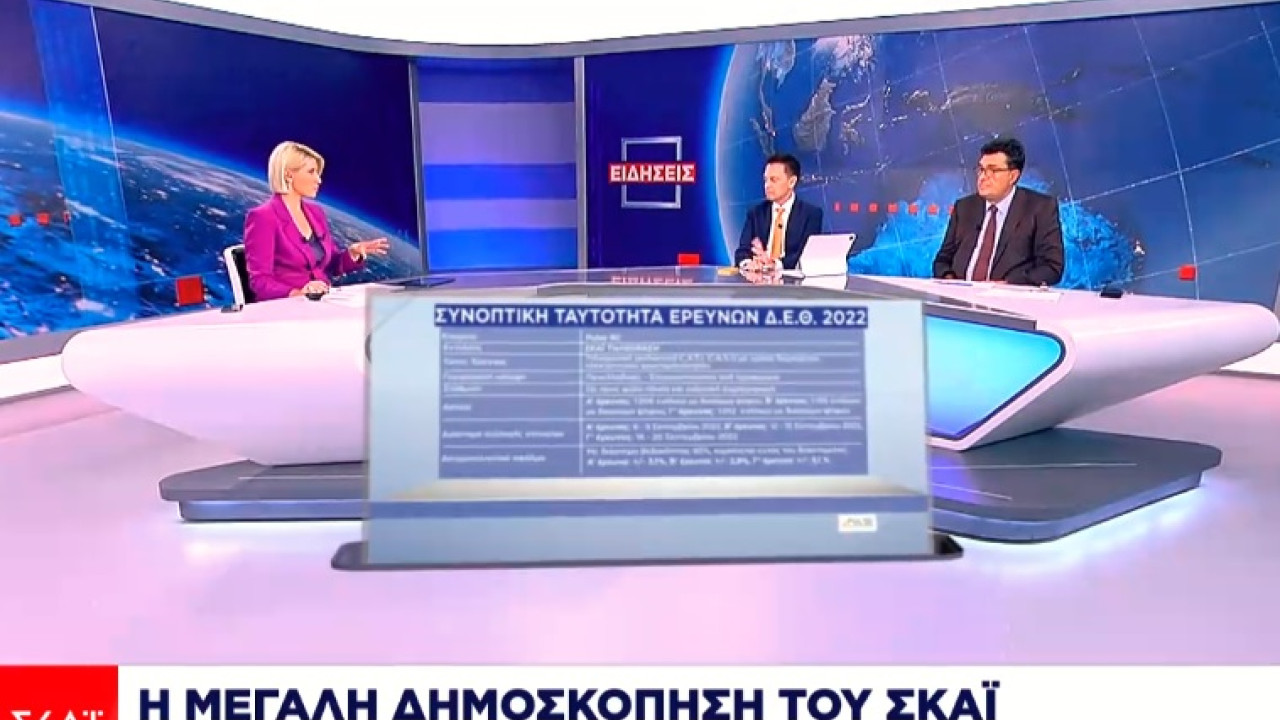 The second part of the big Pulse poll was broadcast by SKAI on its main news bulletin, highlighting the concerns of Greeks about their daily lives.

The survey highlighted in an overwhelming percentage the anxieties of Greek citizens about accuracy and energy, mainly, but also about Greek-Turkish, with the successive threats and provocative actions of the neighbors. To a lesser extent, but important, eavesdropping is also a concern.

Characteristic of the concern that prevails about accuracy and the cost of living, is the following card. In their answers, the Greeks worry about energy, with electricity at the top, but also the prices in supermarkets, as the cost of buying food has also increased to a very large percentage.

The next card in the poll concerns the evaluation of Kyriakos Mitsotakis’ statements at the TIF. Here the citizens appear divided, with 39% evaluating the presence of the prime minister positively and 44% negatively.

The evaluation rate for the presence of Alexis Tsipras at TIF is negative. The leader of the official opposition party was evaluated positively by 33% of respondents, while 46% evaluated his presence negatively.

The evaluation rates for the measures announced by Prime Minister Kyriakos Mitsotakis at the TIF, in order to deal with the consequences of the energy crisis, and accuracy are divided accordingly.

There were more negative than positive responses to the evaluation of the measures announced by Alexis Tsipras.