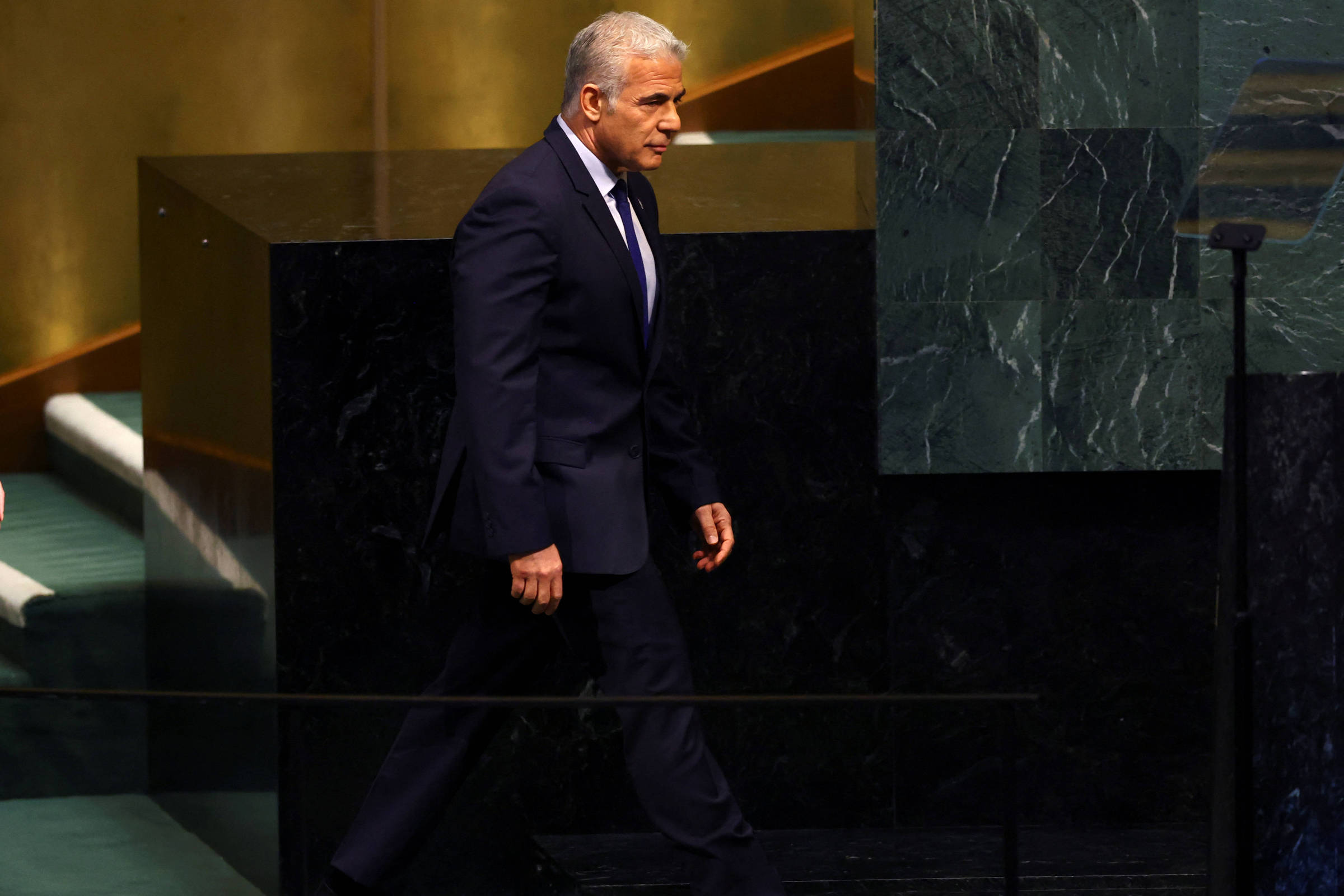 Israeli Prime Minister Yair Lapid defended the creation of a Palestinian state in his speech at the UN General Assembly on Thursday (22). It was the first time in years that a representative of the country had advocated for the so-called two-state solution in the organization’s pulpit.

The tenor of the speech, anticipated by the Times of Israel the day before, was supported by some allies on the left, but angered ministers on the right of the coalition that now governs the country.

Lapid’s ally, former premier Naftali Bennett wrote on a social media site that there is “no logic to entertain the idea of ​​a Palestinian state” today. “It has to be said clearly: there is no room for another country between the Mediterranean and the Jordan River. Not only because of our land rights, but also because there is practically no possibility of diplomatic negotiation with the Palestinians.”

Also on a virtual platform, Interior Minister Ayelet Shaked said that Lapid speaks for himself, not the government, and added that he has no legitimacy to represent the Israeli state when the issues at stake could harm the nation.

Lapid also said that Israel will not allow Iran, his country’s historic enemy, to have a nuclear arsenal. The latter returned to negotiate a new nuclear agreement with the US, but negotiations have been stalled for months, despite the efforts of the international community – the previous pact, from 2015, was abandoned by the administration of Donald Trump.

Iranian President Ebrahim Raisi said the day before that Iran needed more reassurance that the US would not abandon the new treaty. “Can we trust them to keep their end of the bargain?” asked the leader.

Facebook
Twitter
Pinterest
WhatsApp
Previous article
Pulse poll for SKAI: Accuracy, energy and Greek-Turkish concern the citizens
Next article
How to disappear from Google: Erase personal information with a button