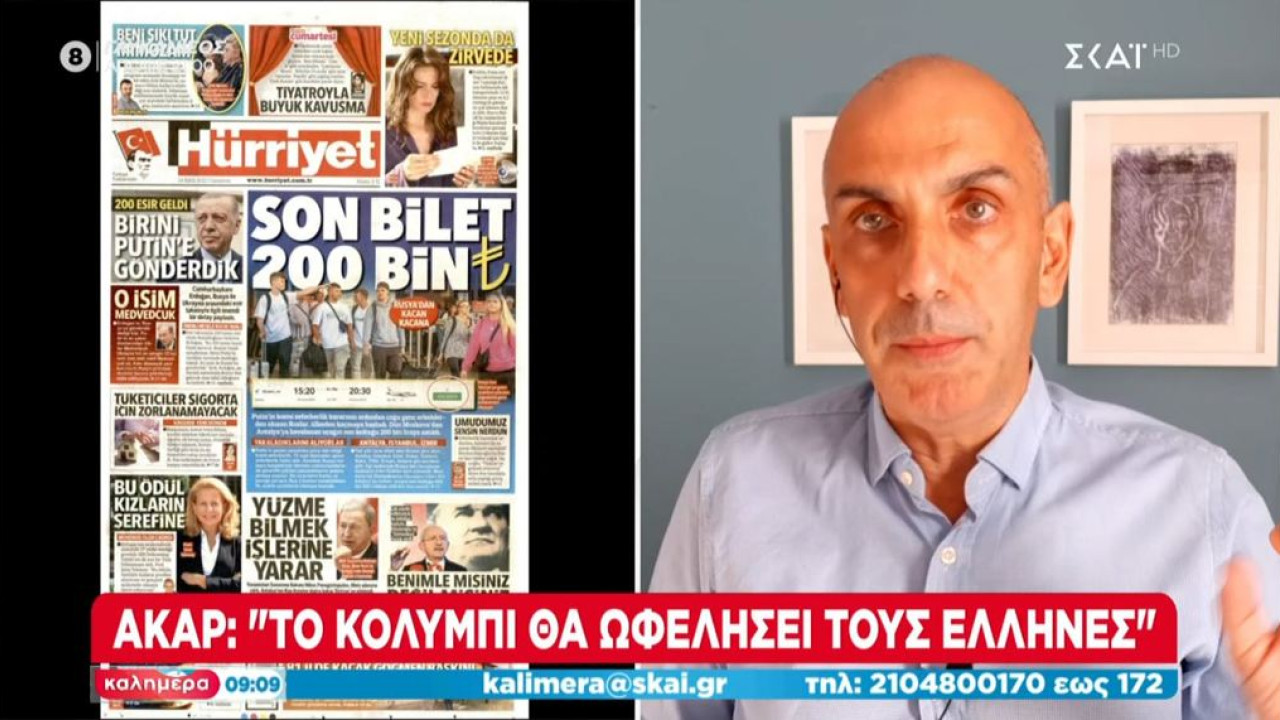 Infuriating Akar: Turkey has the right to … self-defense – Swimming will benefit the Greeks

“This situation gives us the right of self-defense and makes the sovereignty of the islands questionable. When we say this, they make a fuss that we are threatening their sovereignty,” the Turkish defense minister said.

Endless threats and provocations by Turkish officials against our country.

Just a few hours after Mitsotakis’ speech at the UN General Assembly and the message he sent to Turkish citizens, Defense Minister Hulusi Akar speaks of Turkey’s “right to self-defense” and indirectly threatens saying that “swimming will benefit the Greeks.”

“They are militarizing the islands with a demilitarized status in violation of the treaties. This situation gives us the right of self-defense and makes the sovereignty of the islands questionable. When we say this, they make a fuss that we are threatening their sovereignty,” Akar said in an interview with Hurryiet, which is also the main topic of the Turkish newspaper today.

As reported by SKAI’s correspondent in Turkey, Manolis Kostidis, Akar commented on the statements of his Greek counterpart Nikos Panagiotopoulos from Kastelorizo, saying that “seeing their provocative attitude lately, we thought they forgot to swim. If they go with that mindset, knowing how to swim will come in handy.”

How Anadolu read Mitsotakis’ intervention at the UN

The state-run Anadolu Agency’s comments on Mitsotakis’ speech at the UN General Assembly in New York were positive.

“Greek Prime Minister Kyriakos Mitsotakis stated and communicated that “Greece does not threaten Turkey. We are not enemies. We are neighbors and we attach great importance to friendly relations between us,” the Turkish agency wrote.