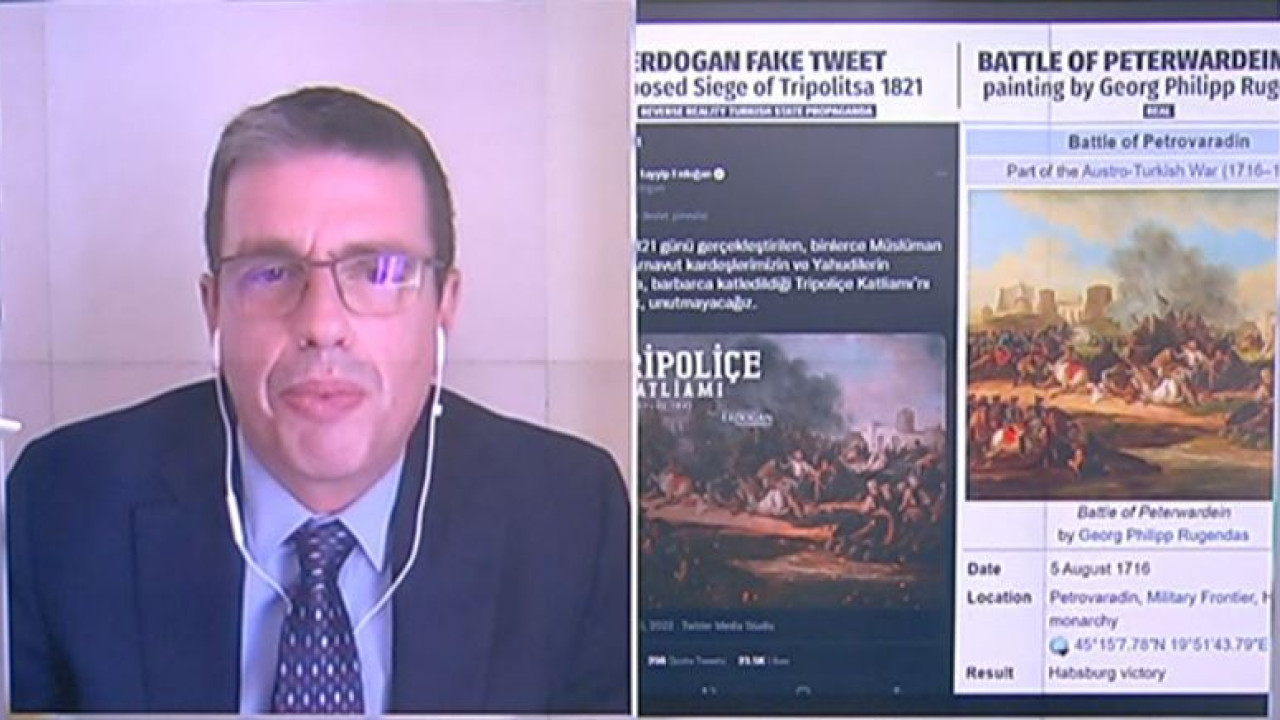 Kairides on SKAI for Erdoğan’s blunder: He is not famous for his academic laurels…

“He has a very superficial understanding of history, and the history of his own people above the rest,” said the internationalist

The blunder of Tayyip Erdoğan, who presented a painting from the battle of Petrovaradi to the fall of Tripolitsa, was commented on by the internationalist and ND MP, Dimitris Kairides on SKAI TV and the show “Dekatians”.

“He couldn’t find a painting, it seems, and this came to him”, “he is not famous for his academic laurels” said Mr. Kairides and added that the Turkish president was a child from the streets of Istanbul, with a very hard childhood and a very rudimentary technical training “plus his football acumen”.

He also emphasized that at other times in the past, authoritarian leaders of the East, “like to instrumentalize history and suddenly become historians”, while he acknowledged to Erdogan that he managed to rise politically, as other things count in politics.

“(…) But he is certainly not a historian and has a very superficial understanding of history, and of the history of his own people above the rest,” said Mr. Kairides.