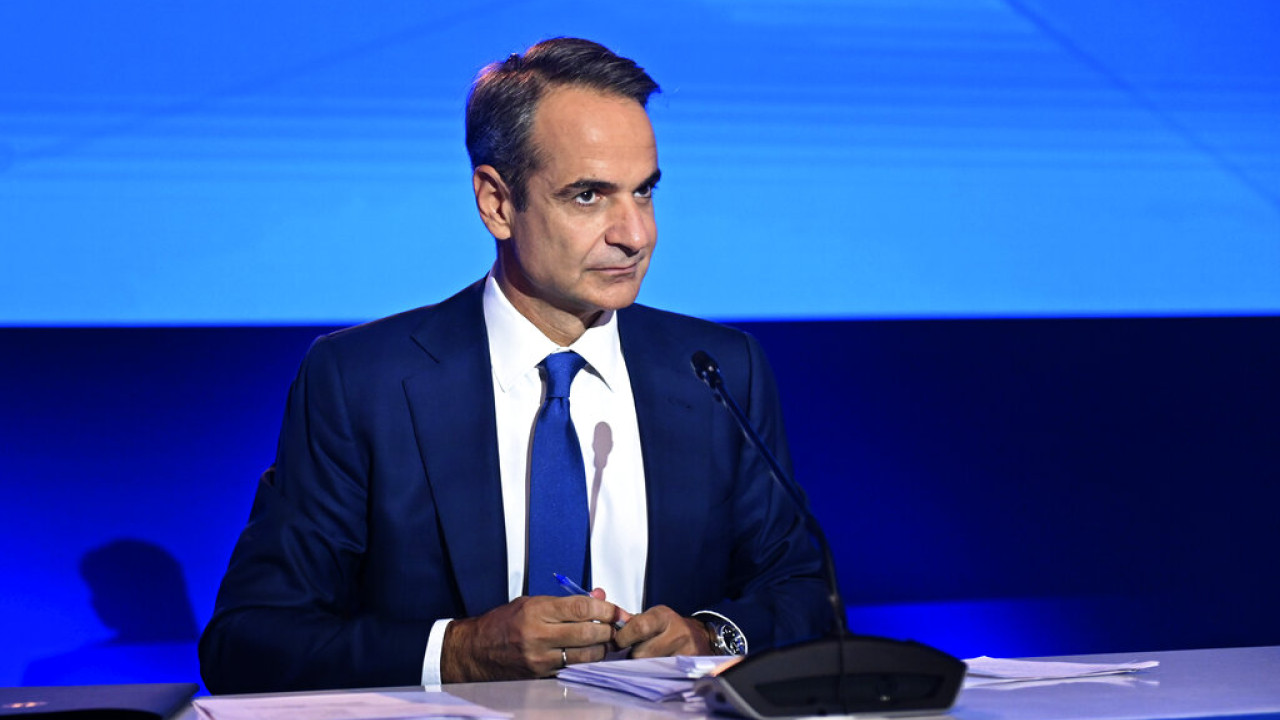 Mitsotakis on femicides: “Our position is only one: next to women, against violence!”

“A society must face its problems even if it has to boldly turn to its mirror”, states, among other things, the prime minister

The prime minister emphasizes the need to approach the causes of the threat and the conditions that shape it, Kyriakos Mitsotakiswith his article in the newspaper “Ta Nea Savvatokyriako”, under the title “Let’s give meaning to the term “femicide””.

It states, among other things, that “the last few months have unfortunately been overshadowed by frequent news of domestic violence and brutal murders of women by their partners. This is the most chilling version of the concept that the man is, well, also the owner of whoever is next to him. For a behavior of authoritarian imposition of the strongest on the weakest. And, more often than not, for the bloody culmination of chronic physical and mental abuse that has preceded it in the family microcosm or in the basements of interpersonal relationships.”

Pointing out that our femicides concern everyone, the State, institutions and citizens and that “our position is only one: next to the woman, against violence!”, he emphasizes that as a father of two daughters and a husband he shares the indignation caused by these crimes , but also that as prime minister he will continue to fight to eradicate them from our society.

It then describes in detail the answers given by the State (44 counseling centers that have helped 44,200 women with problems at home, 19 structures that operate in the same number of cities, an SOS line for 24-hour support, 6 offices in police stations and trained ELAS officers for domestic violence).

“In the face of such phenomena, no one denies that every state action seems small in front of the growing needs”, he points out. Also that “a society must face its problems even if it must boldly turn to its mirror”.

In closing, he emphasizes that it is fruitful to hear everyone’s positions. “But complete and documented. The government is already implementing its own. It remains ready, however, to adopt any other proposal of responsibility.”

The Prime Minister’s full article entitled ‘Let’s give meaning to the term ‘femicide”’:

“Every woman, however, is our daughter, sister, friend. And also, the neighbor with whom we exchange a “good morning”. Or the unknown passerby on our street. All of them have, above all, the right to life. Feminicides, therefore, concern us all. State, institutions, citizens. That is why our position is only one: next to women, against violence! As a father of two daughters and a husband, I am the first to share the outrage these crimes cause. And as prime minister I will continue to fight to eradicate them from our society.

Greece may be well below the European average on this horror index. It may also not be a new form of crime, as once upon a time these incidents were – incorrectly – called “crimes of passion”. We thus embellished the abuser and his motives, making the victim invisible for the second time. The term, therefore, is socially and politically useful. Because it demonstrates with the emphasis that modern times require an old crime. But it also underlines in new terms a timeless injustice towards women.

The evidence, however, shows that the threat is now also besieging our own country: in the last 10 years, we have had 10 femicides per year. And in 2022 we mourn, already, 7 confirmed incidents with female victims. It is, therefore, a global, permanent and cross-class problem. Where the pandemic spread to all countries. And which requires permanent strategy. International exchange of experience. And unified social response. Away from easy slogans, frivolous approaches and inexpensive party patronage.

Let me explain: I use the word “femicides” to specify more precisely the type of these crimes – and not, obviously, to classify them legally. Because then I would distinguish the value of human life with the sole criteria of gender or age, underestimating other, equally abhorrent acts. Such as the extermination of a small child or the murder of a helpless old man. After all, the name of an offense neither prevents it nor punishes it. Much more so, as the Criminal Code that we changed and voted for now provides for life imprisonment for such crimes.

Therefore, we should be concerned mainly with the motives and the environment in which the femicides are launched. But in a sober way. So that the principles of the Rule of Law are not subject to the impressions of current affairs. For its part, the State is giving its first answers: the 44 Counseling Centers have so far helped 44,200 women with problems at home. Almost 4,000 women and children were accommodated in 19 structures operating in as many cities. And the “SOS line” 15900 provides immediate support, around the clock.

At the same time, 6 Offices were established in police departments, with 90 trained EL.AS officers. and exclusively targeting domestic violence. Only in the first 7 months of 2022, and after related operations, 5,141 cases were brought to the Court. While more than 1,200 police officers took part in special seminars for crimes of this category. In other words, the care of innocent women is accompanied by the punishment of guilty men. But even in this area there are many steps that remain to be taken…

Life proves, however, that repression is only one aspect of dealing with gender-based violence. It takes constant work and on many levels. That is why the same spirit of protecting women permeates all our choices horizontally: from establishing her in the Work, so that she can move autonomously in Society, to the All-Day School or the Neighborhood Babysitters, so that she can also facilitate her daily life . And from the regulations that shield it in the present to the sex education classes that mature the new generations in the future.

Faced with such phenomena, no one denies that any state action seems small in front of the growing needs. However, he should also recognize that the organized State is here! He listens, acts and tries! Just as no one can claim the monopoly of sensitivity, which I personally distinguish in all Greek women and all Greeks. After all, the thoughts I present are addressed to her. For reflection and discussion. Not only among political forces. But also within every family, in every company.

Because a society must face its problems even if it must boldly turn to its mirror. To realize responsibilities, to distribute roles and to judge results. Undertaking, however, the same action on the daily front. How; Breaking guilty indifference and complicit silence. Denouncing the injustice beside us. Reaching out to any woman threatened. And, of course, educating the environment around us in a culture of equality and rights for all.

As for the parties, I think that beyond naming it is necessary for them to be primarily concerned with the essence of the problem. In the public debate, therefore, let’s agree on the term “feminicide”, leaving the Justice to determine the burden of each homicide. And let’s approach the causes of the threat and the conditions that shape it. It would be fruitful to hear everyone’s views. But complete and documented. The government is already implementing its own. It remains ready, however, to adopt any other proposal of responsibility.”

Facebook
Twitter
Pinterest
WhatsApp
Previous article
Bolsonaro government cuts funding for actions for women by up to 99% in the 2023 Budget
Next article
Opinion – Marcelo Katsuki: It’s almost a wedding party… All that’s missing is the bride and groom!

Mitsotakis: The Eurogroup solemnly recognized the success of the Greek economy