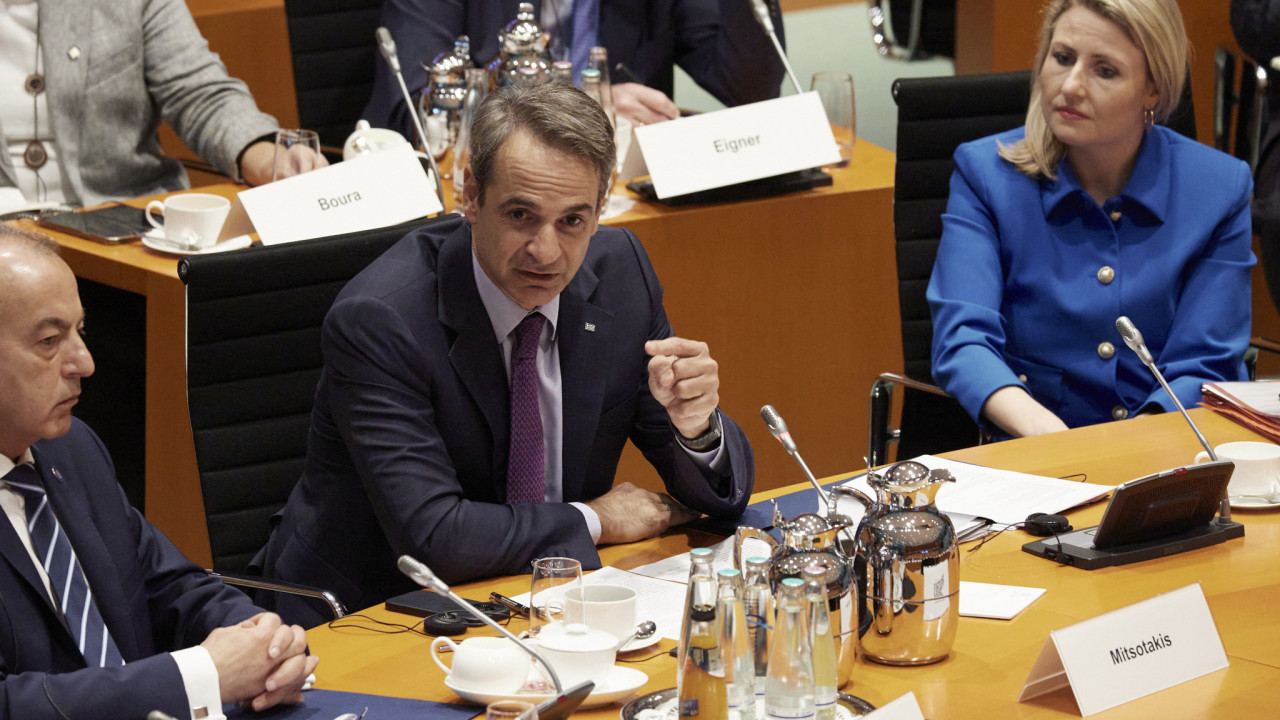 Mitsotakis to Erdogan: If I too had 85% inflation I would like to change the subject

The government has made it clear that, within its capabilities, it will continue to support households and businesses against the rise in punctuality, the prime minister stressed Kyriakos Mitsotakisanswering a question about the implementation of the new “household basket” measure after the Berlin Process Summit on the Western Balkans ended in the German capital.

Mr. Mitsotakis characterized the first market and consumer response to this measure as positive and reminded that the government has been launching actions to support households and businesses for several months. After listing the most recent of these, such as the granting of €7.5 billion in subsidies for electricity bills, emergency help for the vulnerable in the run-up to Christmas and impending pension increases, he pointedly noted: “There are easy criticisms and inexpensive promises, but now citizens do not believe that the fight against inflation can be done with a law and an article”.

In a question about the new Turkish challenges, Mr Prime Minister he characteristically noted that “if I responded every time to the statements of Turkish officials, I would not do another job”, while he reminded that the positions of the Greek government are clear. Mr. Mitsotakis emphasized that “even if in Greece we had inflation that ran above 85%, I would also seek to change the debate”.

With reference to the work of the Berlin Process Summit for the Western Balkans, the Prime Minister expressed his satisfaction, while he reiterated Athens’ ambition to play a leading role, which is also strengthened by the infrastructures that make Greece an energy hub between Southeast Europe and the Middle East. He insisted that the independence of the Western Balkan states from Russian natural gas is crucial and reiterated that all the states of the region recognize Greece as a force of stability and cooperation.

Facebook
Twitter
Pinterest
WhatsApp
Previous article
Convicted of rape, Robinho goes to pro-Bolsonaro demonstrations, says website
Next article
Nelson de Sá: ‘After tense days, the way is open for Lula’, who is disputed by the USA and China