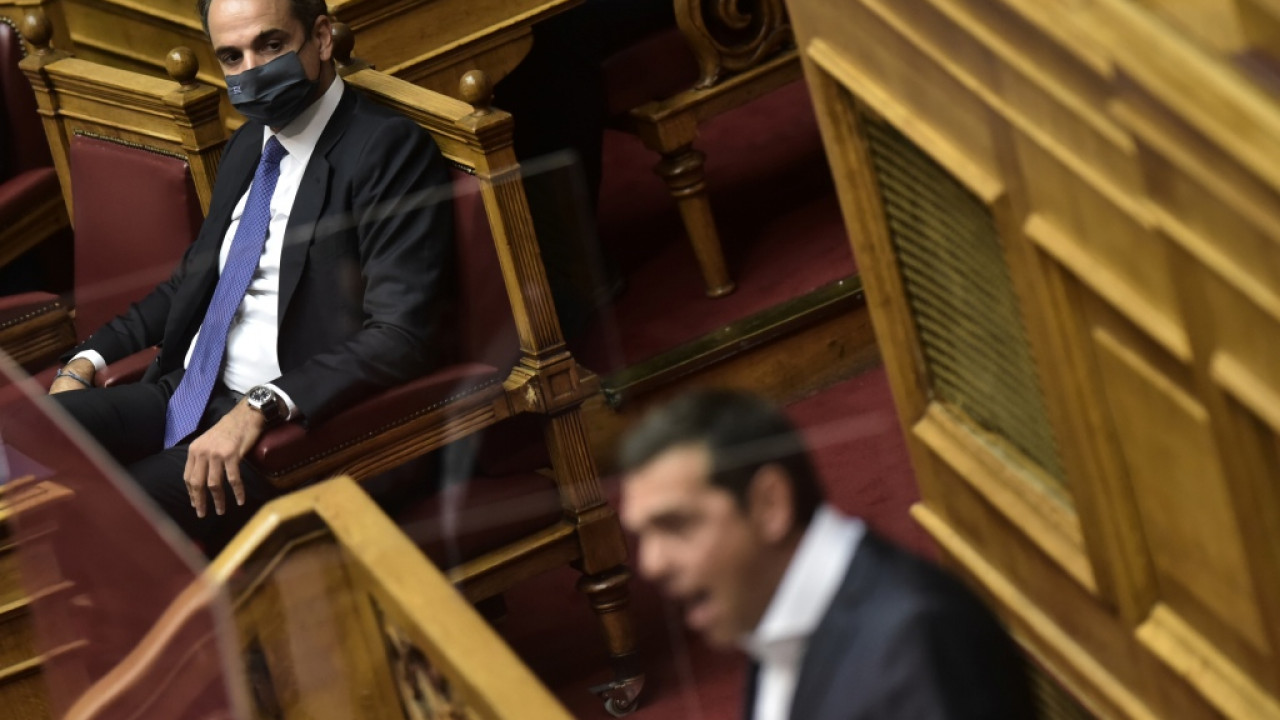 The party staffs were meeting all day yesterday to formulate their strategy and the points on which both the prime minister and the official opposition leader will focus.

The parliamentary parties and the two contenders for power have two crucial battles ahead of them. Today’s debate in Parliament on the bill that changes the institutional framework for the operation of the EYP and the passing of the budget. As it became known yesterday, the process in the Plenary for the government’s flagship bill, which has the character of a vote of confidence, will begin on Tuesday evening, December 13, and will be completed on Saturday afternoon.

Today the battle over the case of wiretapping dominates, as well as its conflict Kyriakou Mitsotakis with Alexis Tsipras expected to be severe. The party staffs were meeting all day yesterday to formulate their strategy and the points on which both the prime minister and the official opposition leader will focus.

According to sources in the government camp Kyriakos Mitsotakis is expected to take legal action focusing on the new bill brought by the majority which shields the operation of the EYP. He will point out that the government, from the first moment that the irregularities in the system were noticed and known, took political initiatives to solve the problems, bravely performed political responsibilities and convened the Greek Judiciary through the public Authorities. The prime minister is expected to develop the innovations of the bill for the new structure and internal functioning of the Ministry of Internal Affairs. Among them, not only the sale and use of malicious software, but even their possession is now prohibited as a felony. Other institutional filters come in, such as the Speaker of the Parliament, for legal surveillance, especially of political figures. The EYP is being reorganized and its internal control is being strengthened. The aim is to ensure the necessary balance between the protection of privacy and national security, within the constitutional framework and based on the best international practices.

According to the same information, the prime minister’s response is expected to be in very high tones regarding the latest reports, which brought the heads of the Armed Forces as being monitored, without proof. At a time when the country has open fronts with Turkey, facing daily problems in the Evros, Mr. Mitsotakis will point out that the president of SYRIZA cannot point the finger at the government. He is expected to remind, in fact, that Mr. Tsipras is the one who puts the country in national danger when he threatens to renegotiate defense agreements with allied countries that shield and equip it against any threat. The government’s position during the discussion of the bill in the competent Committee was that “weapons” and capabilities should not be removed from our country to face national risks and to deal with crises.

From Herodos Atticus they hope that with the passing of the bill and the debate in the Parliament, the issue of wiretapping will be exhausted, removing from SYRIZA a pre-election paper in which it had invested since the end of the summer until now.

Alexis Tsipras is expected to move to the rhythms of “hard rock” from the floor of the Plenary. First, he will explain the reasons why SYRIZA will vote against the “cover-up bill”, as he is expected to describe it. It refers to the possibility of informing the citizens about their monitoring after the end of three years, without providing for retroactive effect, which means that until the elections no one will be able to find out what was the reason for monitoring by the EYP of Mr. Androulakis, Koukakis and also ministers of Mr. Mitsotakis. He will add that the government refuses to restore the information status of those whose communications have been declassified in advance, the situation as of March 31, 2021, when Mr. Pikramenos together with Mr. Tsiaras brought the relevant amendment to article 87 of the law which removed the right of ADAE to inform the affected parties.

The president of SYRIZA he is expected to emphasize that Mr. Mitsotakis has been hiding for five consecutive weeks from parliamentary scrutiny and refuses to answer his topical questions. According to Mr. Tsipras, Mr. Mitsotakis is coming to the Parliament today as guilty and apologizing for the wiretapping scandal that was orchestrated by his order and which affects the core of Democracy and the Rule of Law in the country and at the same time endangers its national security itself country.

What the official opposition has been emphasizing lately and what the former prime minister is expected to mention is that after the categorical denial of Grigori Dimitriadis that he was “dismissed”as Mr. Mitsotakis has claimed many times, all his argumentation has completely collapsed and all that remains is the only truth: That he himself was the principal, orchestrator and responsible for the parastatal wiretapping methods against politicians, ministers, associates of journalists, businessmen and even the leadership of the Army.

In his statement, the leader of the official opposition will point out that the prime minister did not answer the key questions, which arose from reports by many and different media, about the unified operation of a parastatal mechanism EYP – Predator, which has not been denied that it operated in the area of EYP from seconded police officers. In fact, it is alleged that the specific center had targeted political opponents, members of the government, journalists, judges, businessmen, the leadership of the Armed Forces and other factors of public life.

Mr. Tsipras will emphasize how SYRIZA will vote against the bill in its entirety and will abolish it after the elections, with the commitment that there will be very specific institutional interventions that will guarantee the observance of democratic rules, accountability rules and transparency rules.

Facebook
Twitter
Pinterest
WhatsApp
Previous article
A benefit package is coming with the surplus profits from the refineries
Next article
Top athlete of the Balkans, Tedoglou