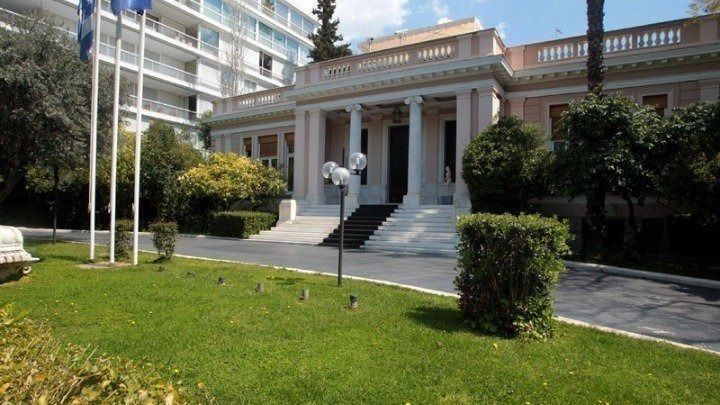 The firm position of Greece that “any revision initiative undermines international stability and progress“Stated the Prime Minister, Kyriakos Mitsotakis, condemning unequivocally Russia’s move to recognize the breakaway regions of Kiev and send troops.

Siding with its European and NATO allies, Athens is awaiting joint decisions within the EU on the next steps to the detriment of Moscow.

“As part of its commitments to the European Union and NATO, Greece will consult and coordinate with its European partners and allies regarding the response to this decision,” the statement said. first announcement of the Ministry of Foreign Affairs.

Referring to the developments, the Prime Minister, Kyriakos Mitsotakis, stressed that Russia’s recognition of the unilateral declaration of “independence” by the self-proclaimed republics of Donetsk and Luhansk blatantly violates international law, territorial law and territorial integrity.

“Like any revision initiative, it undermines international stability and progress,” Mitsotakis continued, adding that Greece “respects the territorial integrity, sovereignty and independence of all states.” “It therefore unequivocally condemns actions that run counter to these values ​​and, as a member state of the European Union and NATO, is already coordinating with its partners so that its response is common and effective,” he said.

The Minister of Foreign Affairs, Nikos Dendias, from Paris where he represented Greece in the Extraordinary Council of EU Foreign Ministers, said: “Greece is in favor of the territorial integrity of all states from a position of principle, and in accordance with the United Nations Charter and world values.”

Recent developments on the Russia-Ukraine front have also raised the alarm on the gas supply front, with the government preparing for the possibility of a power outage.

“As for the possible effects of the escalating crisis, especially in the energy sector, I want to assure all Greek citizens that we as a government have taken all necessary measures to ensure that the country’s gas supply remains safe and to continue smoothly,” he said. Prime Minister.

Earlier yesterday, Mr. Mitsotakis had chaired a meeting KYSEAwith the participation of the Minister of Environment, Costas Skrekas.

At the meeting, all possible scenarios were examined – with all the necessary measures – for the continuation of the smooth supply of the country.

“We will do everything possible, whatever we can, so that we do not face a problem of gas supply in our country,” said government spokesman Giannis Oikonomou after the KYSEA meeting, speaking to SKAI.

He explained that “all measures have been taken so as not to endanger the supply chain in our country, all the problems have been weighed” and stressed that “the country has planned a series of actions so that we are not deprived of gas, either with liquefied natural gas (LNG), or by changing and modifying the mixture in terms of production. “There are no problems on the horizon in terms of the supply chain,” he assured.

For the protection of the minority

Athens has an additional reason for concern about the developments in the region of Ukraine, since there is a large Greek minority, especially in Mariupol, with a presence of more than 2,000 years.

“We are working for the protection and support of the Greek community in Ukraine and the large community in Mariupol,” said the Prime Minister.

For its part, the Greek Ministry of Foreign Affairs issued a statement recommending that travel to Ukraine be avoided, while also providing information for those Greek citizens who wish assistance in their departure to contact the Greek authorities in Ukraine.

Facebook
Twitter
Pinterest
WhatsApp
Previous article
Weather: Local rains and sporadic thunderstorms – Snowfall in the mountains
Next article
Less than 20,000 cases on Tuesday – The recession continues – What will happen to the masks