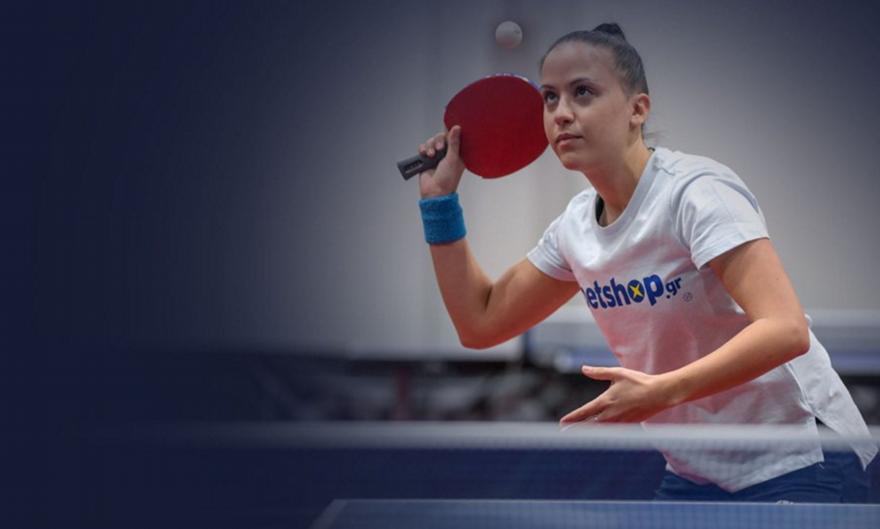 Katerina Toliou remains a Panathinaikos athlete in the new season. The Amateur has announced the renewal of his collaboration with the Greek table tennis star, so that he can claim the Pan-Hellenic title in the new year.

Toliou was in the top eight of the Oran Mediterranean Games a few days ago.

“The Panathinaikos Athletic Club announces the renewal of its partnership with Katerina Toliou for the 2022-2023 season for the women’s table tennis division. The Greek champion will continue to be an integral part of Panathinaikos in the new year, maintaining the dynamics of the division at a high level.

Toliou contributed greatly to a great year for the table tennis division, winning the Europe Trophy and the Greek Cup, while making it to the final eight at the Mediterranean Games in Oran, Algeria.

In a statement to www.pao1908.com, Toliou said: “I am very happy to continue playing for Panathinaikos, a team I consider my family. This year, we had a very good season, we won the Greek Cup and the Europe Trophy, which are very important moments for us and for the club. I can’t wait for the new year to start and I will give my best to have even more successes with Panathinaikos”.

Facebook
Twitter
Pinterest
WhatsApp
Previous articleExplosion in Sismanoglio – Pleuris: Terrorist act
Next article‘We can do better than that!’: Salina Wigman reacts to England’s loss to Austria